Ever wondered why mosquitoes would bite some people more than others? Well, here is the reason! 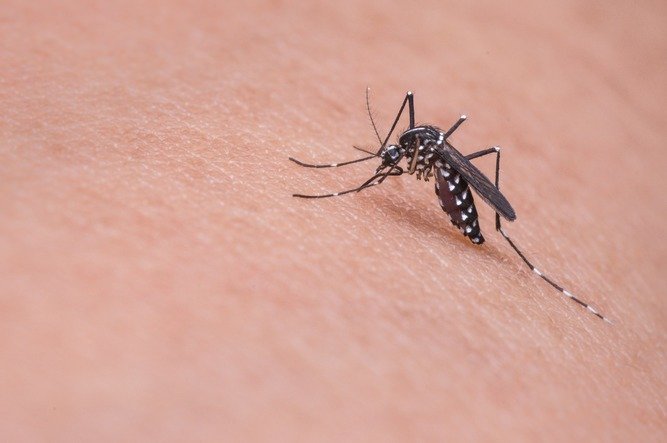 Have you ever felt that mosquitoes bite you more than others? Or, in a group of people, they seem to hover around you more? Well, one thing’s for sure. This is not in your head and we have scientific facts to prove it now!

According to Jonathan Day, there are two primary reasons why some people seem to be mosquito magnets, and those include sight and smell. Being highly visually perceptive, mosquitoes tend to go towards people wearing darker colors such as blue, red or black. Furthermore, they notice a person more if they are in motion. So, in case you ever go out running at night, you’ll notice a swarm of mosquitoes hovering over your head. However, you don’t have to stop moving if you go outside, just strap on light colored clothes that cover the body!

While, visual attraction is avoidable, nothing can be done to disguise your unique scent. Various factors make one person more susceptible to a mosquito bite. A single person can produce and excrete a multitude of chemical compounds through the skin, and some of these compounds, if produced in excess, can cause the pesky bugs to chase you! Some of these chemicals include lactic acid, released during exercise, as well as acetone, a chemical produced in our breath and estradiol, a breakdown product of estrogen. Hence, it’s best to avoid running close to wet lands!

Studies also show that pregnant women and people who drink beer often can also have a marginal effect on a mosquito’s attraction. Surprisingly even your blood type can have an impact on how susceptible you are to bites! It turns out that people with O-type blood group are bitten more often. Unfortunately, you can’t change your blood type.

SEE ALSO: The all-in-one ‘TreePod Cabana’ will make your holidays even better

Not only that, some mosquitoes seem to get attracted to Limburger cheese. Its scent is quite similar to the germs that live between our toes. In case, you have smelly feet, get ready to drench yourself in mosquito repellent sprays because those buggers will come after you!

Day also explained that your metabolic rate might have something to do with it as well. Since mosquitoes fly towards areas with high carbon dioxide, they will definitely fly to you if you have a high metabolic rate. This is because an active metabolism results in greater carbon dioxide emissions per unit of time. Even when you’re exercising, your metabolic rate tends to be higher. That, combined with increased lactic acid production, higher body temperatures and movement tends to make you a perfect target for pests.

These statistics mean that a wide range of people are susceptible to bites and the only way to counter them is by spraying on mosquito repellents and by properly covering themselves up while going out at dusk or dawn. However, sometimes people might assume that they are immune to getting bitten because they rarely ever see itchy red marks on their body that hint an insect bite. What they don’t know is that just because there isn’t a swarm of mosquitoes after them, doesn’t mean they weren’t bitten. It’s just that our bodies react differently to perceptible allergens and in this case, it’s the mosquitoes spit. The problem occurs when people who don’t react to mosquito bites become complacent, making them more susceptible to a bite and contracting a mosquito borne disease.

In the end, all we can do is put tons of mosquito repellents on us as well as place contraptions around the house because there is literally nothing we can eat or drink to get these pests away from us.

CONTINUE READING: Have you ever wondered why most of our zippers have ‘YKK’ marking on them?