Award-winning aerial photographer Brad Walls, also known as Bradscanvas, has released a brand new body of work titled “ballerine de l’air” (Ballerina from the air), inviting audiences to experience yet another fresh and intimate perspective, this time into the captivating beauty of Ballet.

Initially inspired by an image by Olive Cotton, “Teacup ballet”, Walls began exploring the concept in early 2020, pinning ideas to a virtual inspiration board that consisted of shadows, shapes and tutus, stating that “Most people had seen Ballet photographed traditionally… and while those photos are undeniably beautiful, I wanted to rewrite the composition, purely focusing on the unique shapes and shadows of the art form.” Offering an alternate view is the foundation of Walls’ work; however, he also innately knew that “ballerine de l’air” would be a gallery-worthy body of work. “I had photographed people from above – including Olympians and models – and while those shots were very compelling, I knew here that combining such a prestigious art form with an alternate view would truly be the embodiment of my work,” says Walls. 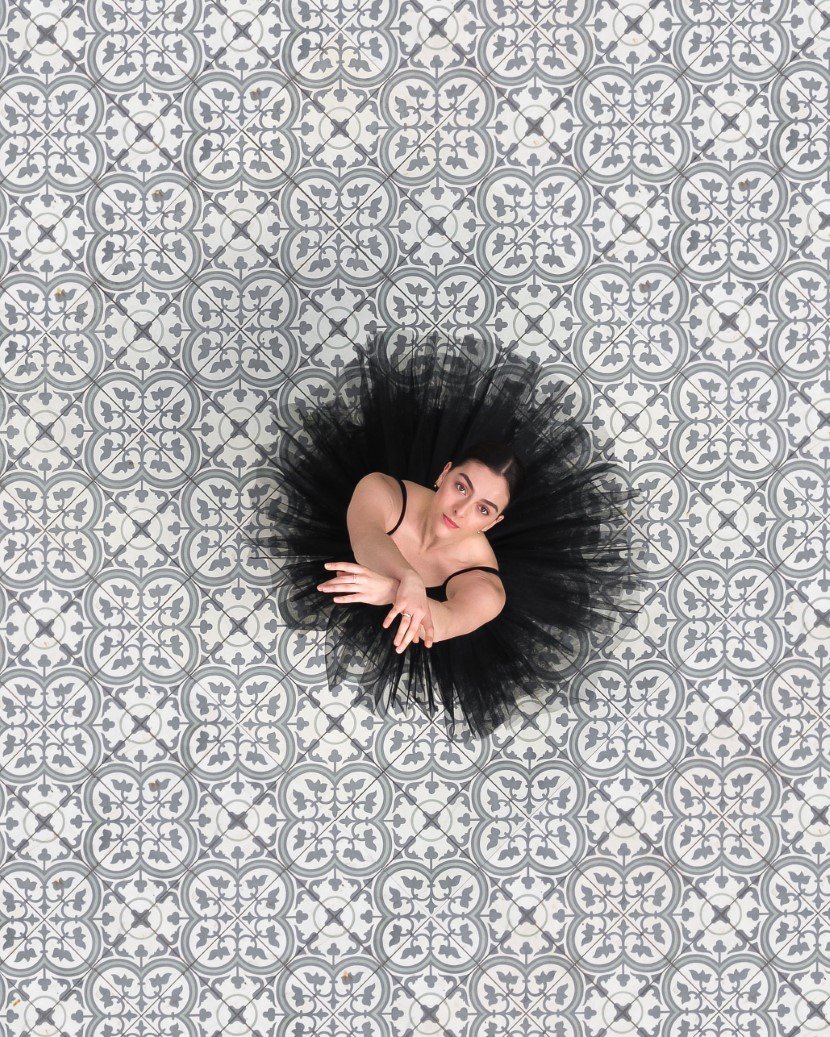 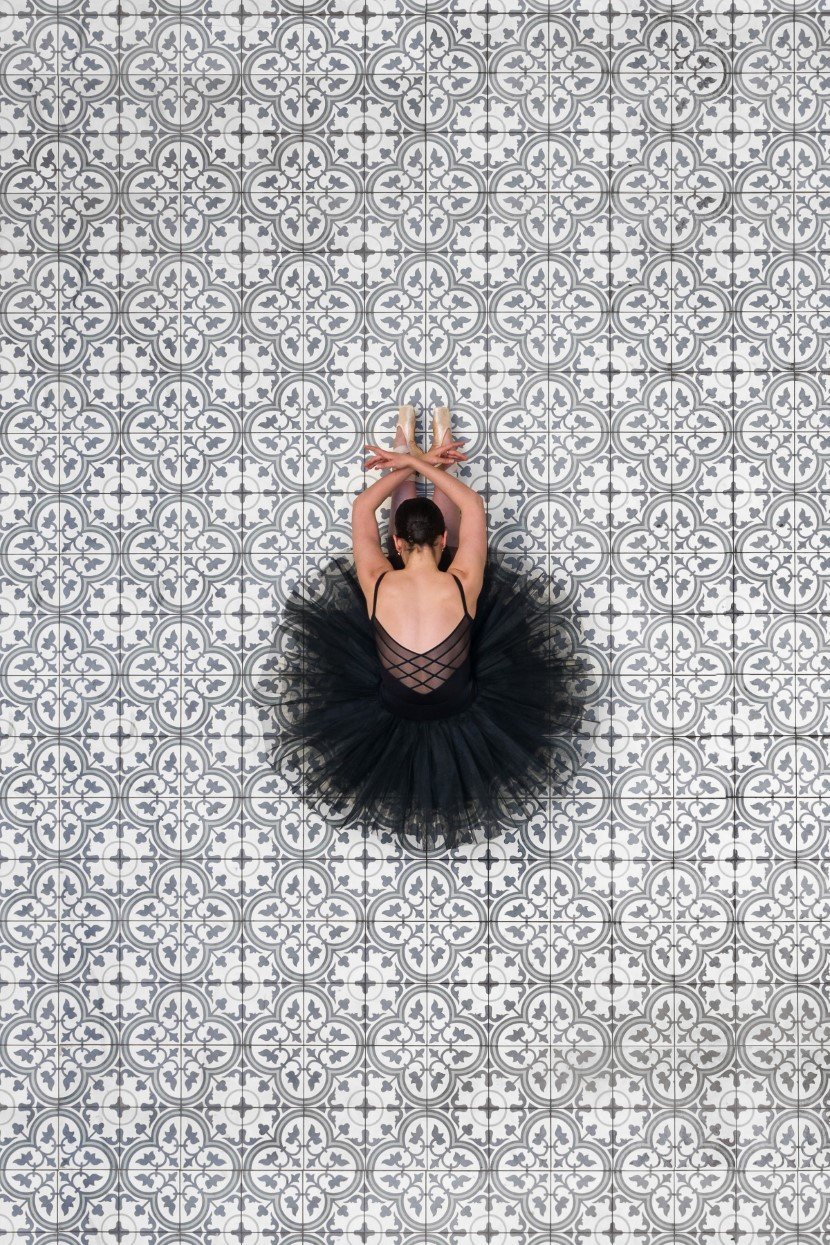 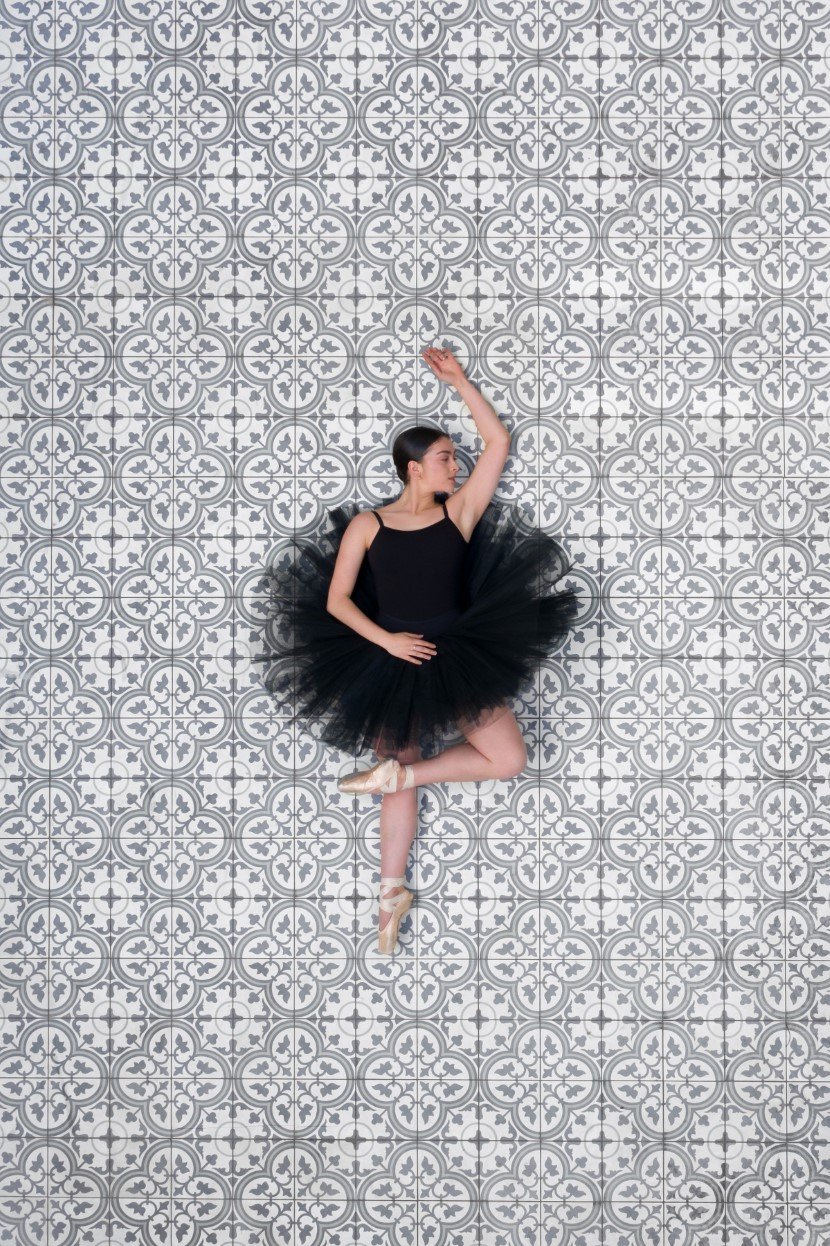 He contacted Montana Rubin, a member of the corps de ballet (body of the ballet) within the prestigious Australian Ballet. Because of the pandemic, Rubin was not currently performing on stage, nor working as usual with the Ballet, and thus she took no convincing to shoot with Walls, saying “With his clean aesthetic and attention to detail, I was excited to see how our worlds could mesh,” and later additionally commenting that: “Brad’s unique viewpoint also gave me an opportunity to see my art form quite literally from a different perspective.” 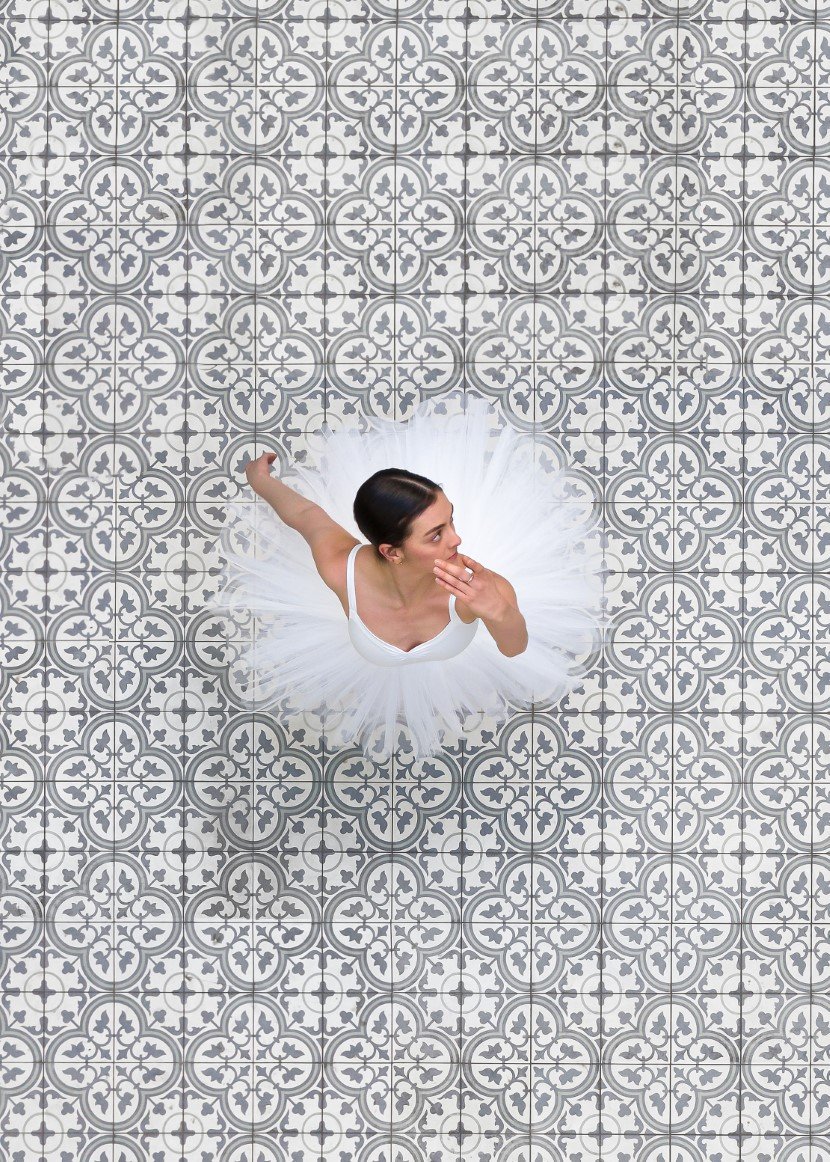 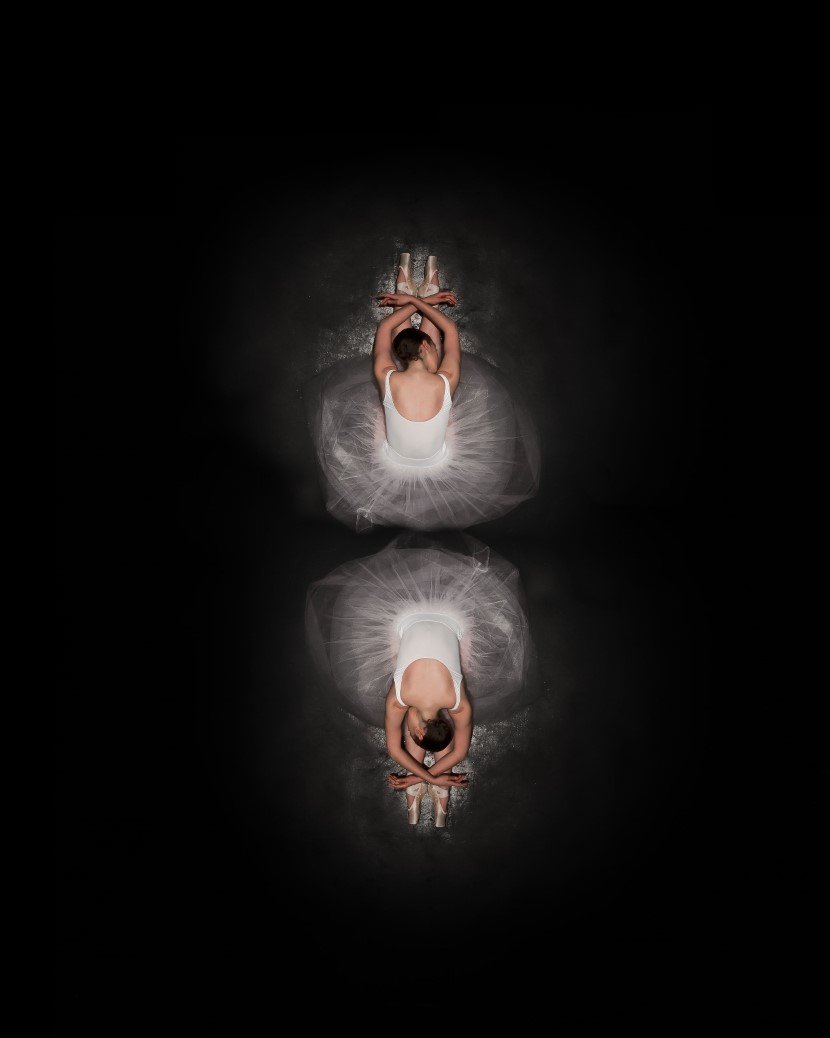 Walls chose two contrasting locations to shoot in – the first being a warehouse featuring barren concrete floors, contrasting against the Ballerinas’ soft movements, and the second being a private event space with picturesque floor tiling, complementing the visual aesthetic of Rubins’ Tutu. Together in this collaboration, Walls and Rubin explore traditional ballet positions, as well experiment with non-traditional shapes, specially-tailored for the ‘view from above’. “It was imperative to pay homage to the art of Ballet, whilst at the same time adding a new, modern spin which incorporated positions and shapes that were beyond the traditional art form,” Walls explains. He goes on to share a specific anecdote from the shoot, in which he asked Rubin to ‘play’ with the shadow created by her movements via the light, recalling that “Watching an artist (Rubin) truly lose herself in her art form was truly a spine-tingling moment and a moment that a photographer can end up waiting many years to experience – if they get to experience it at all.” 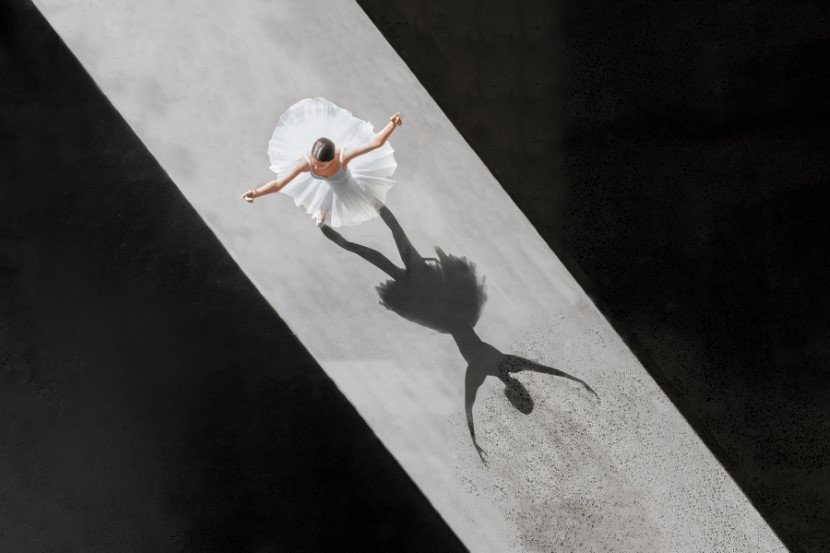 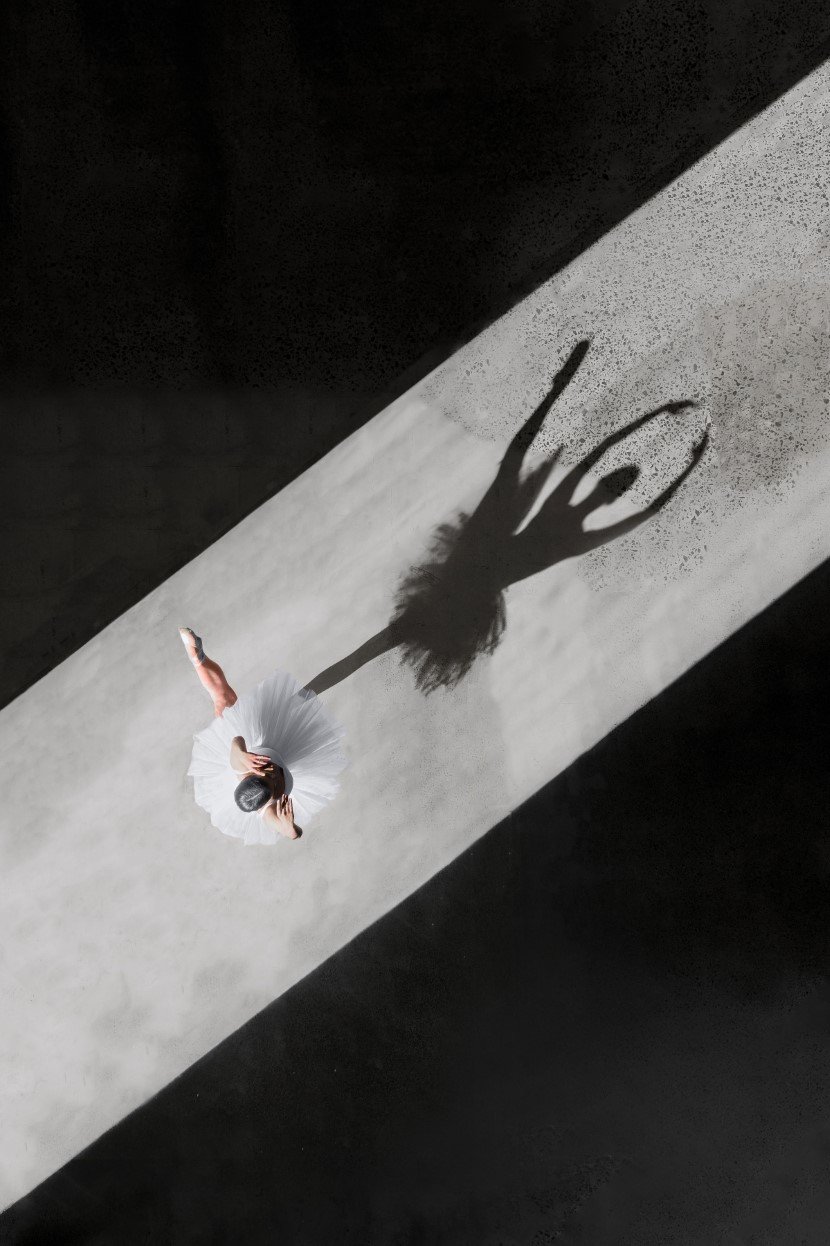 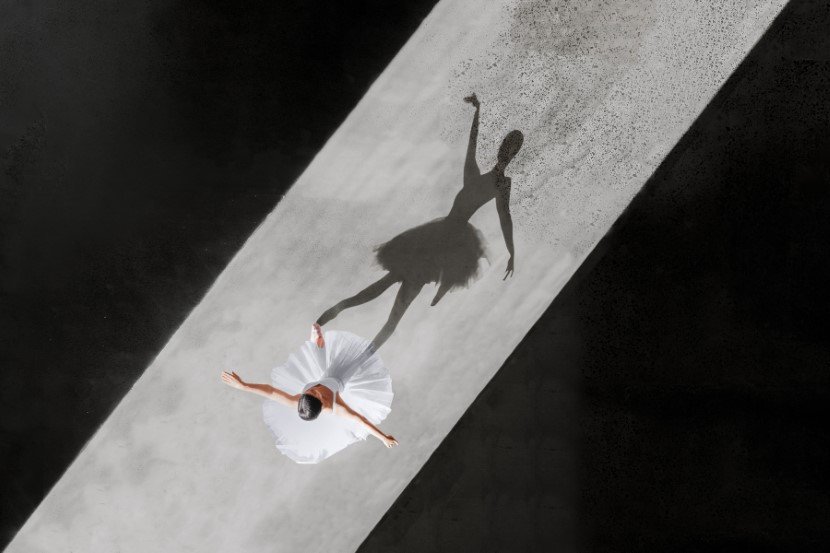 Walls recently released his ‘pools from above’ series at the end of July, garnering him and his work worldwide attention. He was also most recently awarded First Prize in the Sport category and Runner up in people category at the inaugural 2020 Aerial Photography Awards in Paris, France, and placed as Runner-Up at the Drone Photo Art Awards 2020 in Siena, Italy. 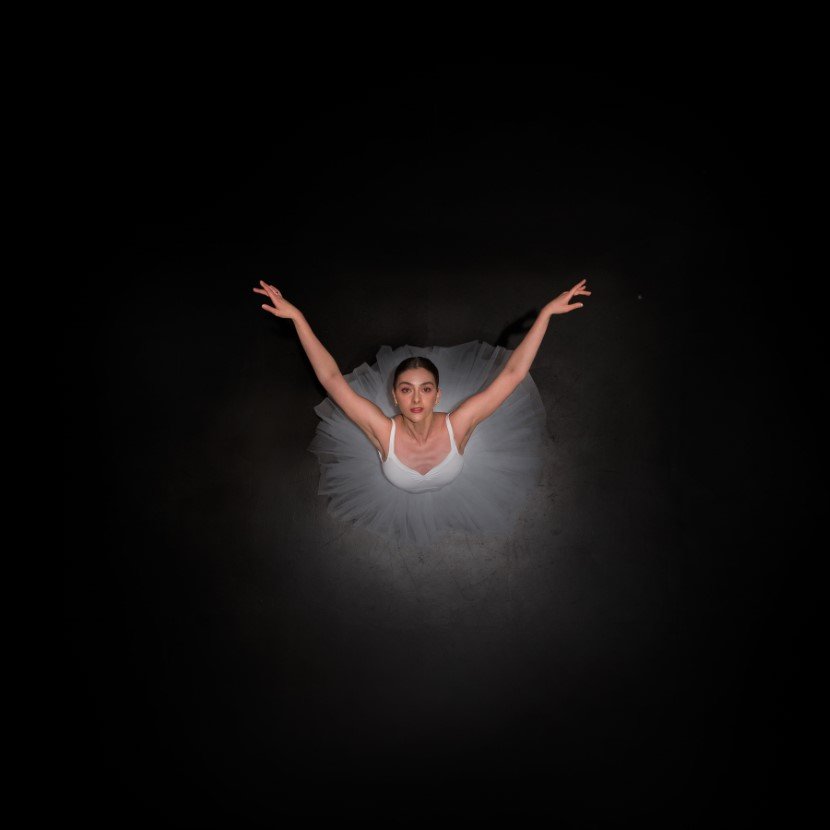 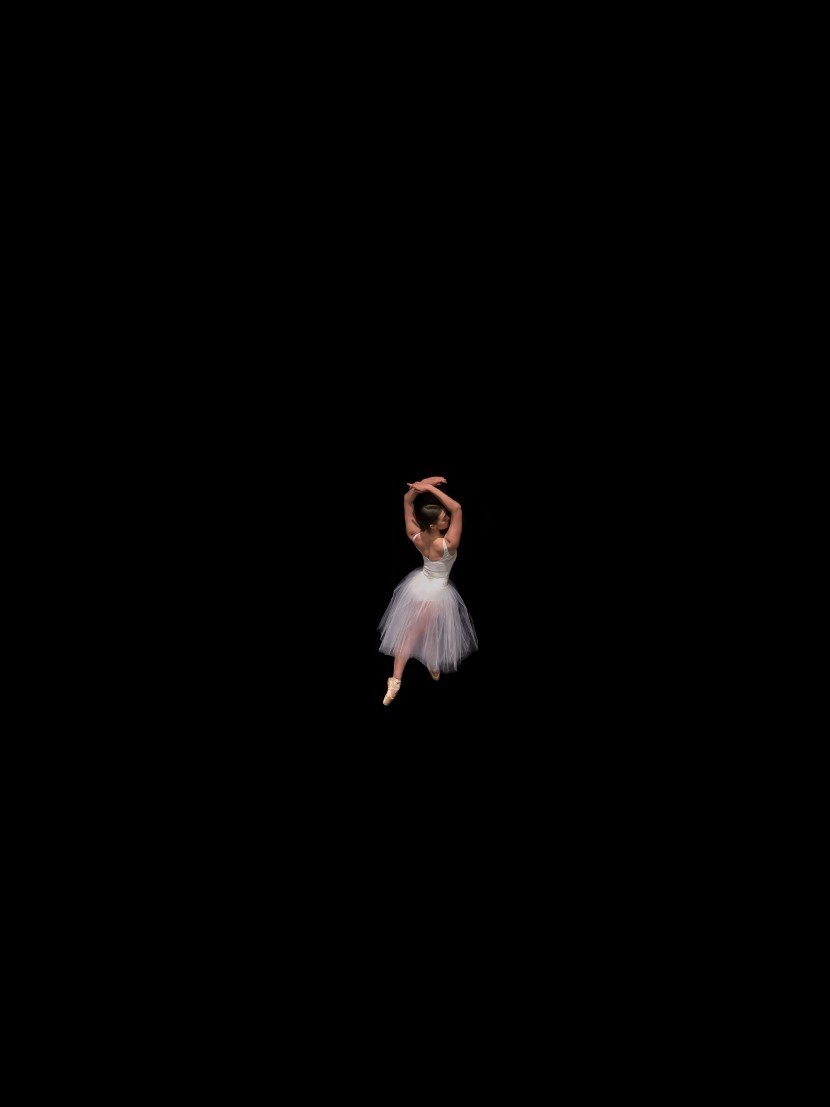