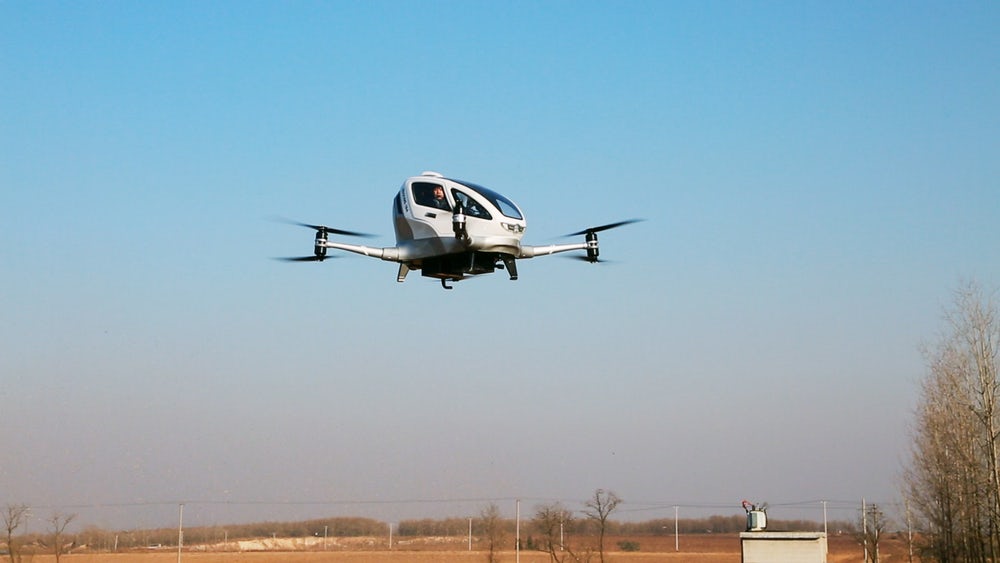 While many countries are encouraging their residents to opt for mass-transit systems in order to reduce traffic jams and vehicular emissions, a lot more needs to be done. We all know that sooner or later, flying cars are going to take over the conventional vehicles – it’s just a matter of time. If you are into flying cars, you might be familiar with the Passenger Drone and Volocopter, and may even have heard of Ehang’s flying taxi. Ehang has successfully been keeping 184 a secret, so there’s not much anyone knows. But the company has finally released its first ever video showing test flights with actual people on board!

Autonomous air taxis are the next big thing. Resultantly, big companies like Intel, Airbus, Boeing and Bell Helicopter are investing into these futuristic vehicles. Coming onto the Ehang’s 184, it is made from a carbon fiber and epoxy composite with an aluminum alloy frame. It has the ability to travel at 130 kilometers per hour and can fly for 25 minutes after charging it for 15 minutes. Moreover, it can also resist force seven typhoon winds. 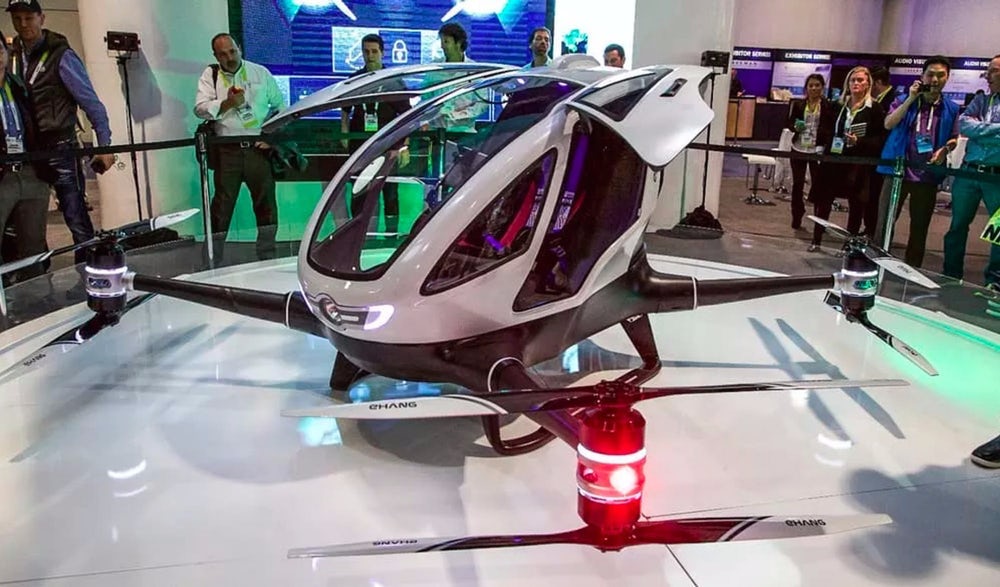 Baumraum elevates a treehouse to serve as an idyllic vantage…

In the video released by Ehang, you can see Chinese government officials such as deputy mayor of Guangzhou and CEO Ehand Huazhi Hu. At night, the Ehang 184 can fly at an altitude of 1000 feet and complete a long-range flight of 8.8 kilometers. CEO Hu said, “Performing manned test flights enables us to demonstrate the safety and stability of our vehicles. What we’re doing isn’t an extreme sport, so the safety of each passenger always comes first. Now that we’ve successfully tested the Ehang 184, I’m really excited to see what the future holds for us in terms of air mobility.” 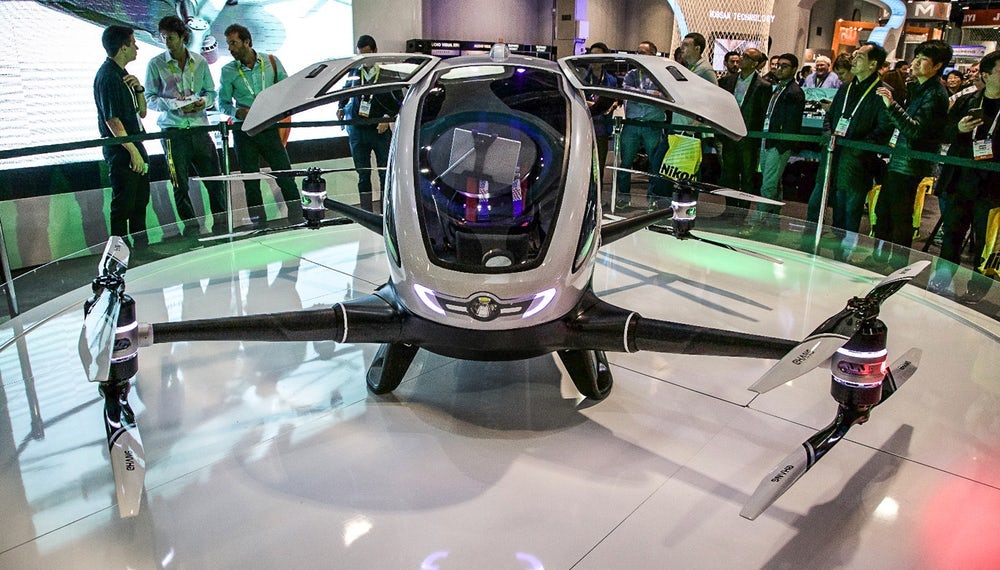 So, you are probably wondering how long before you actually get to sit in one. Fortunately, Ehang has already signed an agreement with the State of Nevada to carry out testing and has also collaborated with Dubai’s transport authority. Hu said, “This is a step-by-step process. And at Ehang, we have our own road map. When it comes to the development and application of any transformative technology, first the technological innovation makes an impact, then the relevant policies are created and developed. This goes on to push further development of the industry.”