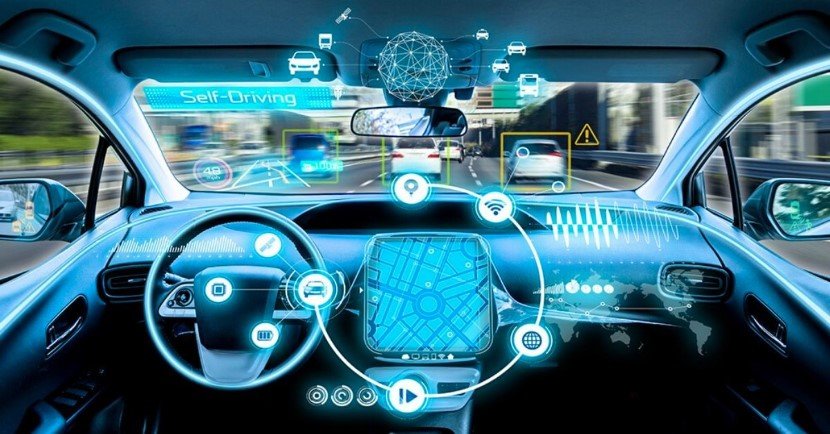 Autonomous vehicles are the talk of the town, especially considering it is 2020 and people expect futuristic technology. Driverless vehicles are part of the top-notch technology people are looking for. There have been talks about how this innovation will affect the health of the people, the environment, and the economy, which will be overviewed further in this article!

Research and Testing of Autonomous Vehicles

To test their theories and findings of the health implications of a driverless autonomous vehicle, researchers designed a conceptual model. From this systematic testing, they discovered 32 potential transportation-related health risks for the people. From these 32 risks, 17 were found to adversely affect public health, whereas the rest actually proved to be beneficial in terms of the health of the people.

According to the research results published in Sustainable Cities and Society, “A survey on the receptiveness of autonomous vehicles’ impacts showed that there is a lack of awareness of the potential health impacts of AVs and low perceptions of the importance of AV health benefits,” says Soheil Sohrabi, who is a  doctoral student in the civil and environmental engineering department and a graduate researcher at the Texas A&M Transportation Institute (TTI). He also said, “On the other hand, there are some unintended consequences of AVs’ implementation that need to be studied before AVs (autonomous vehicles) find their way onto the road.”

The researcher’s dwelled into detail with their conceptual model for the AV implementation. Identifying different pathways of health risks, the proposed model leads to the development of seven points of impact, traffic flow, transportation infrastructure, traffic safety, transportation equity, transportation mode choice, the use of the built environment, and jobs related to transportation.

Much like any other scenario, even the introduction of AVs has its pros and cons. From what the researchers have gathered, the autonomous vehicles will be capable of reducing the stats of traffic crashes by a shocking 94% this is because human error is eliminated.

There are, however, numerous risks that pose a threat to public health. One of these could be the lazy habits people might adopt, trusting the technology too much. This lazy attitude might result in people often not wearing seat belts or making sure the car is properly maintained. However, most of these risks are based on errors made by the malfunction of the AI system. These malfunctions could include misinterpretation of data, poorly executed responses, which can cause serious safety concerns. This might actually destroy the whole concept of autonomous vehicles, malfunctioning sensors in detecting different subjects such as obstacles bikes and cyclists, pedestrians, vehicles, etc.

More than 90% of the negative health impacts of cars result from the effects on physical activity, sitting, and chronic disease.

For example, statistical modeling found that if 10% of the engine based vehicles in Melbourne were shifted to walking or cycling, improvements in disability-adjusted life-years for every 100,000 people (an indicator of quantity and quality of life) would be -34 (worse) for road trauma (mainly because cyclists might not be protected from cars), +2 for lung diseases, and +708 for the combination of heart diseases and type 2 diabetes. Models for five other cities (Boston, Copenhagen, Delhi, London and Sao Paulo) supported the same conclusion.

There are some other indirect threats the autonomous vehicles might raise in terms of health. Considering these vehicles become a common commute for people, healthy transportation such as cycling, running or even using public transport will drastically decrease. More vehicles on the roads can lead to more pollution, which could be air or noise or both. The public transporters could lose their source of making bread which will ultimately keep on promoting the ‘rich get richer, poor get poorer’ concept.

Different researchers from different fields are carrying out their experiments with these autonomous vehicles. These include researchers in the fields of urban planning, automotive makers, policymakers, transportation engineering and, health sectors. These researchers are closely studying all the plausible threats and are working on solutions to make this concept a reality without any sort of safety or health concerns.

“Given the very fast-paced research related to AVs, this work provides very good preliminary guidelines about how AVs can negatively and positively affect the general health of people before their full deployment,” says Dominque Lord, professor of civil and environmental engineering.

“Hence, engineers, planners, and policymakers can already examine measures and policies that could mitigate the negative health effects.”

“This study can urge public health sectors to enter the discussion about AVs and contribute to supporting policies that address the potential negative impacts,” Sohrabi says.”

“It also increases the public awareness of the health impacts of AVs that can facilitate the acceptance of AV regulations and motivate them to use this new technology and ultimately, benefit the greater good.”

According to Sohrabi, further research in the future will help enable engineers to understand the health risks of autonomous vehicles more discretely. For now, the research carried out was centered mainly towards the urban areas and its effects in the rural areas were neglected.

Another factor analysts are working on is how the urban areas will compensate for the ideal working of autonomous vehicles. For example for the cars that are on the streets now, street plans were developed in order to provide enough space for many cars to travel at high speeds, which proved to be highly dangerous for pedestrians and cyclists. Efficient changes to incorporate the changes driverless cars will bring to the streets, could either prove it to be a great invention or just entirely dangerous.

Big company names such as Ford and Mercedes-Benz are already working on profitable yet speedy ways to introduce these changes on the streets. All we can do is hope these decisions are the right ones in terms of public safety as well.

The current system works on the analysis that people will drive possibly everywhere they need to be. Hence the residential areas became numerous but scattered. Essential places such as schools and hospitals started to develop a bit far from residential places as well since it was understood that people now have better and faster means to travel.

There are currently aspects people are discussing that can evolve with the introduction of autonomous vehicles. Cars being able to drive and park themselves could only mean that the owning and use of personal and private cars will increase. Not only will people want to own such a vehicle but they will also use it a great deal. This means, where a car was making a single trip from home to work, might start to make twice the trips since the act of driving the car yourself will be eliminated. This factor might increase the traffic and also raise pollution levels if the right measurements are not taken as fuel.

Another factor that is being discussed is that since driverless cars are suspected to be on the roads almost all the time, the large parking areas and garages might become useless.  If this does happen, the large areas (with the right decision-making authorities) could be turned into something beneficial such as parks or some small resorts. In an economical point of view, the cities could benefit from an increased tax base which could mean an increase in public transport.

The right decision-making authorities could take this opportunity that will plan the street and the urban cities for the introduction of driverless cars in healthy means. Streets that can incorporate pedestrian, cycling and jogging friendly landscape could promote these activities that are already crucial for a healthy lifestyle.

The engineers and manufacturers of these autonomous vehicles are currently working on ensuring a high-class AI system that the driverless cars will incorporate. The AI system has to be really precise in order to never make a mistake while identifying a person or an object in the way. If there is any glitch in that system, the innovation could prove to be disastrous. At the same time, engineers that will be recruited for the development of cities that will harbor these cars need to make important decisions that could only boost people’s health. They need to work for ensuring a better street plan for the ideal working for cars while developing safe and better pathways for pedestrians and cyclists.

In the end, people themselves need to be responsible for using these vehicles and not adversely use it as they managed to with the cars that are currently used now. Safety measures should always be taken and unnecessary long drives should be avoided just because they are not the one driving anymore. Sitting in one place for long spans of time can only result in many other chronic diseases. And as always, never forget to put on your seatbelts!