Traffic law enforcers have a new friend to make sure you park it right, ‘The Barnacle’. 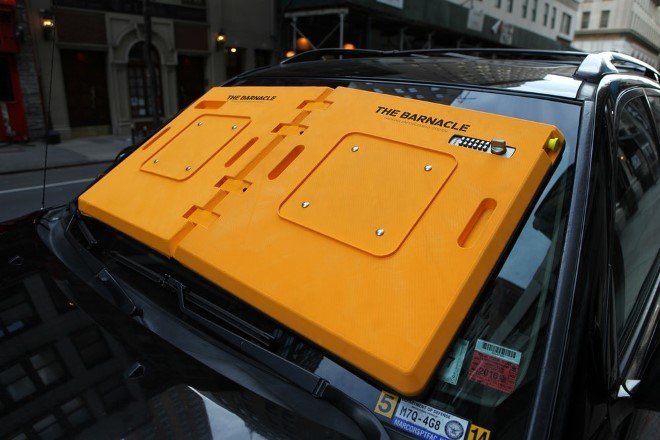 Wheel boots are a menace for drivers and law-enforcers alike. People have to stand near traffic to put on the heavy clamps on wheels of unlawfully parked cars while the driver can only get them removed after paying the fine. Even then, they have to wait a lot for someone to come and take it off.

To cater to these issues, New York- based Ideas That Stick launched the windshield-blocking Barnacle. This foldable six square foot block of yellow opaque plastic covers the windshield eloquently preventing the driver from seeing anything on the forward end of the road when they sit in the car. It’s a breeze for the law-enforcers to put on; but not so much for the driver to take off. Using two pump-activated commercial grade suction cups, the barnacle will remain stuck to the windshield even if you apply a hundred pounds of pulling force. This lightweight material weighs only 20 pounds and is easy to carry for parking officials at the back of their vehicles. 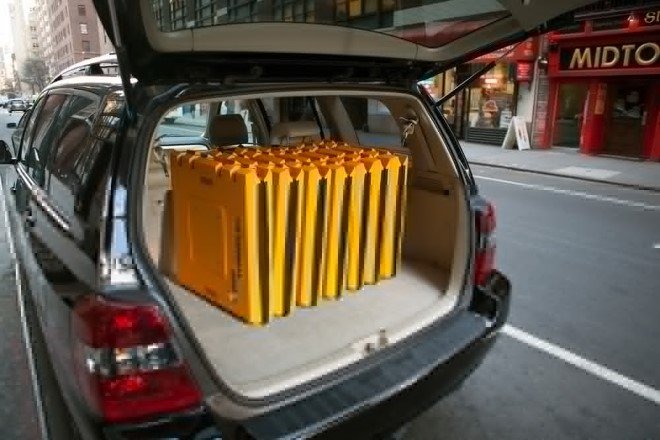 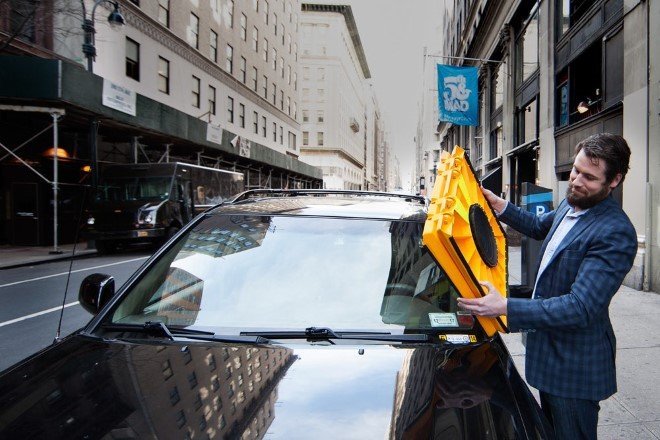 The designers made it foolproof by putting an alarm inside the contraption, which will sound if someone tries to remove it. This makes finding a mere ticket attached to the viper suck much less.

So if you ever get stuck in this debacle, you might want to know how to get out of it as well. At this point, you have two options: Call the authorities to come take your fine money in order to get your car back to how it was-which seems way more time consuming than the next option that is to pay the fine over the phone after which you will receive a code that will detach the nuisance from your car. You will, of course have to return the shield to the authorities within 24 hours so don’t even think about throwing it away unless you like getting fined. 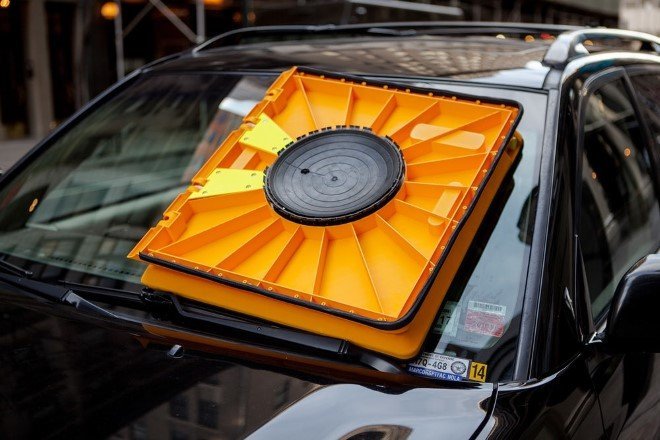 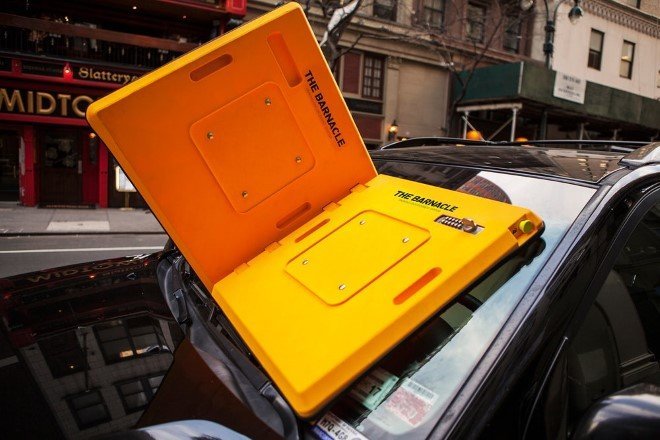 At the end of the day, the yellow plastic might help drivers be a little more cautious on where they park their cars.

All Images: © Ideas That Stick

Starbucks is opening its first ‘Signing Store’ for deaf and hard of hearing community in U.S.