AI Just Might Prove to be the Savior of Whales 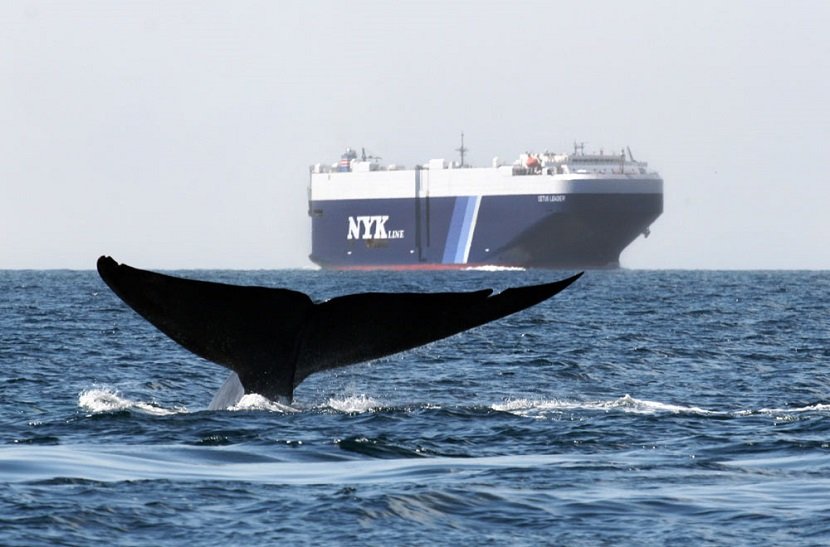 Earth and the Economy

There has been a massive decrease in whale poaching for nearly a decade, however, 6 out of 13 great whale species are still endangered. The endangerment is caused by human activity. The detrimental waste that is disposed off into large water bodies is one reason why the marine life is waveringly either getting extinct or is endangered. One factor that is not being widely discussed is the collisions of whales with cargo ships. Even while being the largest animals on the planet, whales still become victims of ship collisions, and that too at alarming rates. The cargo ship’s routes are often conceded with whale habitats and they are hit while merely being about their homes.

If you put a price on whales, one of them costs at least $2 million, but taking them from an environmental point of view, they contribute to the large food webs and even mitigate climate change. They do this by drawing tons of carbon out of the atmosphere. Sperm whales draw out about 200,000 tons of carbon every year. They also stimulate the growth and death of phytoplankton due to their iron rich defecates. On the basis of these facts, whales are important contributors in the ecosystem and their nihilation could destroy the entire balance of our planet.

The North Atlantic right whale is in alarming situations regarding the decline of the population of whales at a very alarming rate and the fact they will continue to decrease if the right measures are not taken and implemented. It has been deemed ‘critically endangered’ by the IUCN since there are only 400 members of the specie remaining.

2018 and 2019 are deemed to be the most tragic years when it comes to the death of whales due to collisions with cargo ships. There have been 27 reported collisions and scientists estimate that these are only 5-17% of the actual number of collisions since most corpses are never found or recorded. They also believe that 18 of the endangered whale species are endangered due to collisions with ships. According to the National Oceanic and Atmospheric Administration, only two to five whale deaths due to ship collisions can recover with sustainability.

There are a few possible solution strategies that could help prevent whale collisions. Some of which are:

According to research, one of the most effective ways to avoid whale and cargo ship collisions is to reduce the speed of cargo ships. Which seems more of common sense than research but factual basis are always better. Considering a ship that is 1,000 ft. long and 15 stories tall, it would be difficult for the crew to shift directions at the time when the whale was spotted which would avoid collision with it. Being better safe than sorry, ships should always be on the lookout for whales and keep their speeds to a minimum.

Ten Most Produced Units in a Year

How strong are the Samsung Galaxy S20 Phones? Let’s…

Whale safe is the latest detection system invented by a group of scientists from Benioff Ocean Initiative, University of California, Woods Hole Oceanographic Institution, Texas A&M University at Galveston, the University of Washington, and National Oceanographic and Atmospheric Administration. The technology provides a sufficient amount of data to mariners that would ensure the avoidance of collisions of whales with cargo ships.

There are three main components to this development:

The underwater AI system sound recording system detects the humming of the whales and retrieves the information back to the members of the ship.

There are various data models that provide information such as nearby whale feeding grounds and ocean temperature and circulation. Information such as this could inform the ship crew of nearby sightings of the whale so they can change their course at appropriate timings.

The Whale Safe system is also integrated which a tracking system that lets the public monitor the movement of the shipment. This ensures transparency between transportation and the public. People can also assess which companies are slowing down in order to preserve and save wildlife. This is a great way for companies to win the heart of the public as well as ensuring the protection of the whales.

First of the Whale Safe technology has been deployed off the coast of California in the Santa Barbara Channel near the Ports of Los Angeles and Long Beach. These are one of the busiest ports of the US and the ships harboring here come in close proximity with the habitats and feeding ground of numerous whale species. This area has been a concerned region since 2007 when five endangered whale species were killed off due to ship collisions.

If the first test proves successful, the Whale Safe will be deployed to other harbors as well in order to assure the highest safety levels for the different whale species and empower other resources for their proper protection. Tools as such are a great asset for The Global Reset we are currently going through and it provides hope for further such technological advancements that could help to not only preserve our planet but also help to make it better for future generations.