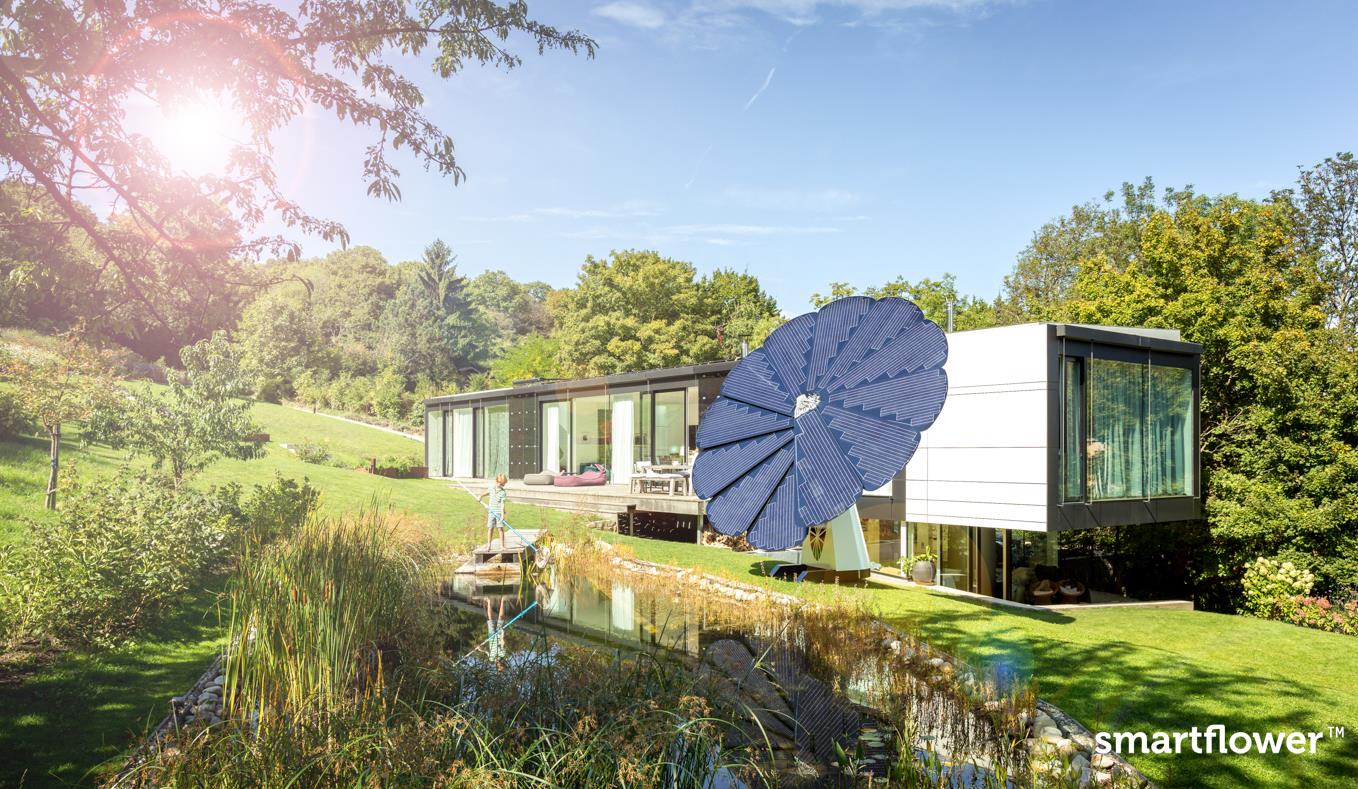 As energy demand is escalating now-a-days, the need of the hour is to fabricate such systems which can fetch inexpensive and clean energy in a short span. When we talk about clean energy, renewable sources readily kick in to our consideration. Energy demand augments usually in hot sunny and dry season and solar energy becomes a fitting solution in that scenario. Fusion of high performance hardware with efficient algorithms to make renewable energy operational is the next biggest trend in energy sector and certainly engineers of SmartFlower Solar are utilizing resources at their disposal to get ahead in this trend.

Austrian made flower-mimicking solar system called SmartFlower Solar promises 40% more energy output than existing solutions. Its foremost benefit is being all in one solution. Features like portablitiy  and plug & play provide consumers with a great benefit to bolt it anywhere in the house. Solar panels work efficiently when they are directed perpendicularly to sun rays. As compared to mostly roof-top fixed arrays where acquisition of energy from sun at its full is possible for only a small amount of time, SmartFlower Solar can acquire maximum possible energy throughout the day due to smart-tracking technology which yields its dual axis movement. This promises the alignment of solar modular panel at sharp 90 oC angle with the sun rays. 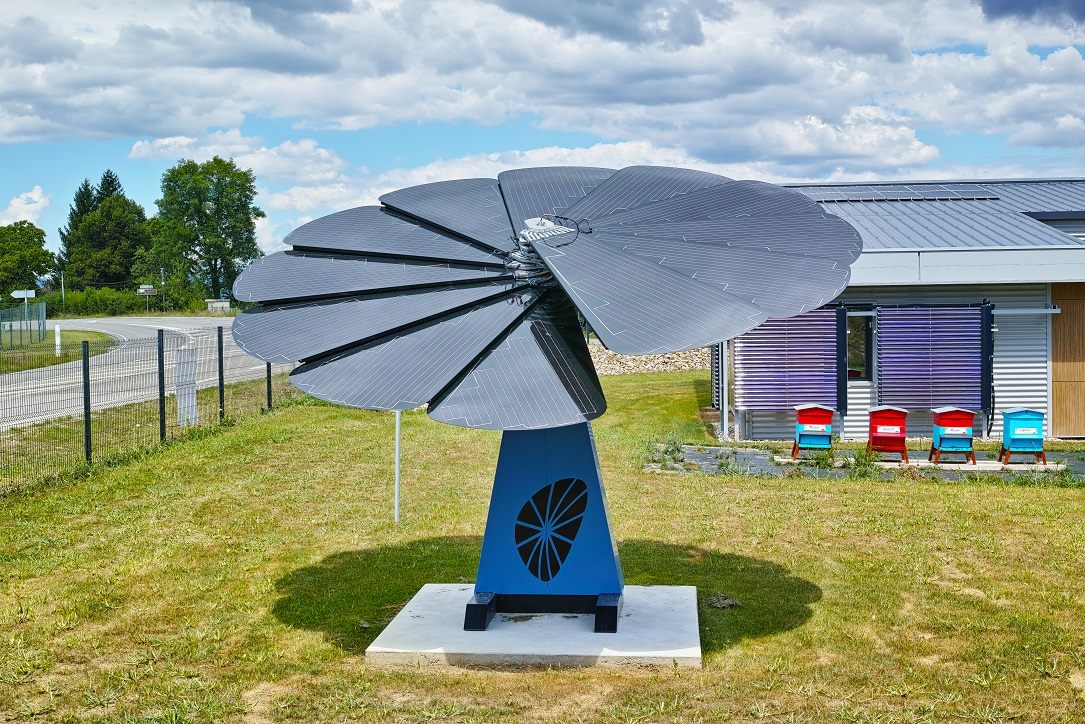 Thanks to its folding and unfolding feature, the flower like array can clean its 18-square meter of solar module itself thus curtailing the common losses (up to 5%). Furthermore, its cooling mechanism also promises 5-10% more output. Augmentation of every 100 oC in temperature means decrement of 5% energy output. Engineers have designed SmartFlower Solar in such fashion that its rare always remain ventilated thus eradicating the possibility of hot air accumulation. This always keeps the system 10 – 20oC cooler rendering it 5-10% more efficacious as compared to fixed roof-top solar panels.

To keep it continuously operational, its developers have also integrated a sensor to keep track of wind’s speed. If wind reaches above 54km/h it folds itself into a specific alignment in order to stem any damage. If the wind further ascends to 63km/h or more it completely folds itself like its night’s position. This sensor continues to work and if it senses the decrement in wind’s speed, the system folds out and returns to its optimum tracking position. 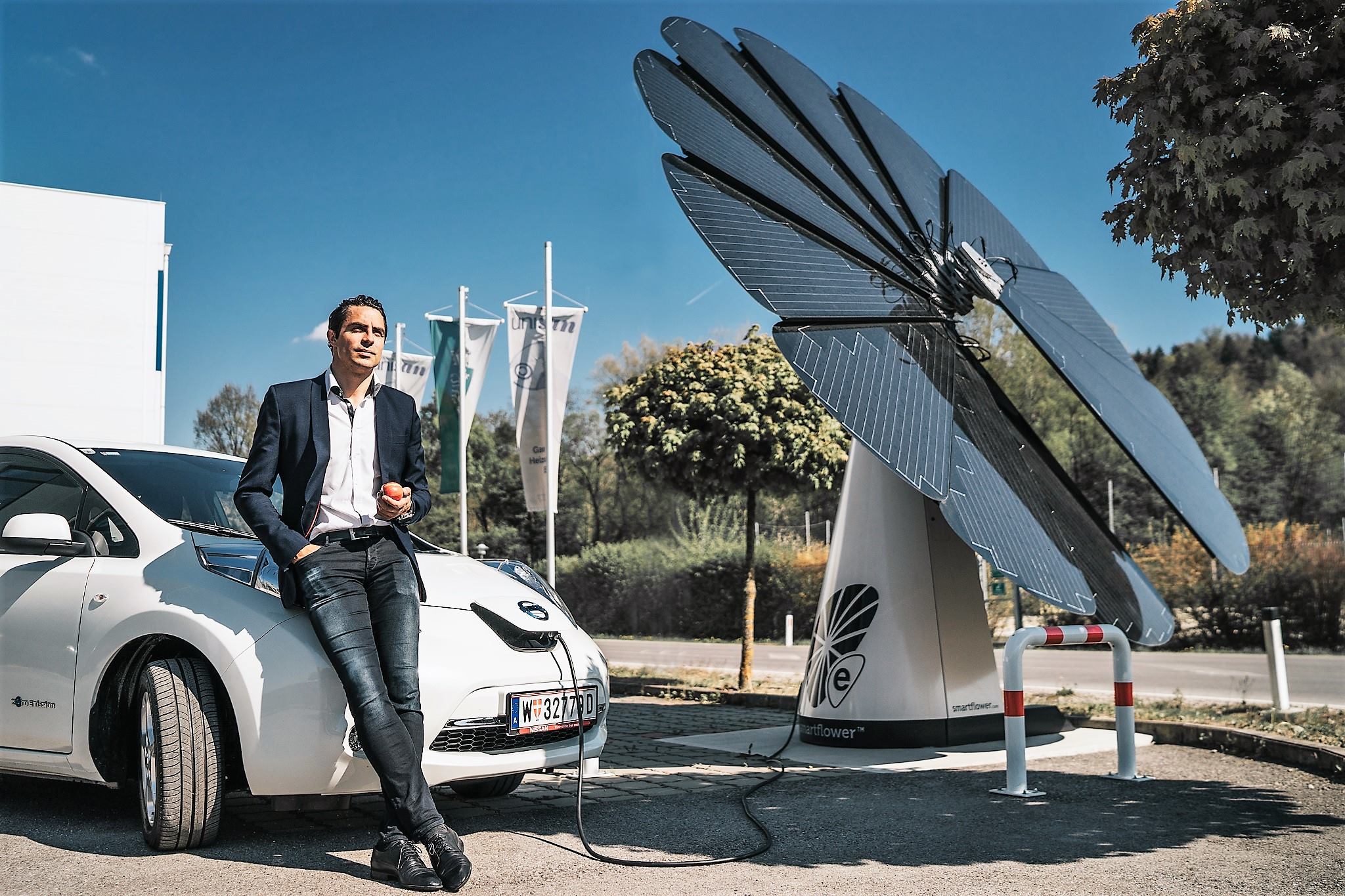 The SmartFlower Solar is available in 8 different colors according to company’s website. Using all its power efficient techniques SmartFlower Solar can harvest between 3400 – 6200 kWh per year which is equivalent to average household in Europe. Furthermore, SmartFlower Solar improves significantly over conventional roof-top panels in self-utilization, 30% to be precise. Last but not the least what makes this invention great is its ability to produce energy at a constant rate effectively throughout the day.

Researchers Have Cracked A Way To Photograph People Behind The Walls

Altwork Station Lets You Work While Lying Down