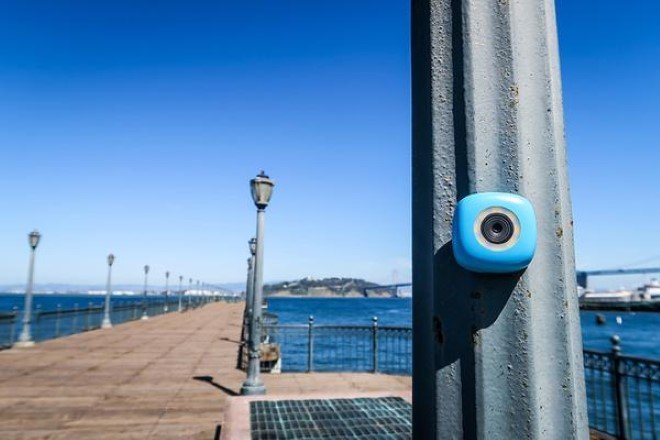 Admit it! Photos have become a mandatory part of our lives. Have you ever felt that taking selfies via smartphones or selfie-sticks limit our freedom to capture the desired angles? What if we tell you that there’s a gadget out there that could capture high resolution pictures and videos at whatever distance you want and whatever angle you desire, that too wirelessly?

Yes! Revolutionizing the way photos and videos are made, Podo is the first ever camera of its kind which sticks to any surface you want and acts as your personal photographer at a distance. The dream of converting any surface into your photo booth has now come true with the advent of Podo – The First Stick and Shoot Camera.

Wondering how does it work? Well, Podo has a micro adhesive sticky pad which sticks to any surface. It doesn’t wear off and can be washed with water. It gets connected with your Smartphone through the Podo App which allows you to select stream resolution, picture resolution and picture aspect ratio. It also allows you to preview how the picture will look like in real time using ‘Mirror Preview’ feature.

Podo is a smart camera! It can capture photos, videos and even time lapse for you and are sent directly to your phone! It employs Bluetooth technology to give you wireless freedom. You can view on your phonewhat Podo sees and can capture by setting timer or just tap on screen.

Gijs Van Vaerenbergh Transforms Former Coal Mine Into A…

Well, this 51g device offers LED flash, 5 MP camera and 720p video at 30fps which is good enough for our daily social media needs! It has a memory of 8 GB and can be charged via USB built in feature! It’s equipped with the accelerometer which adds up to its plus points as compared to the best front facing cameras! Podo is definitely good news for all the creative photographers looking for more flexibility than what the Smartphone has to offer to them.

SEE ALSO: ‘Biski’ is an Amphibious Motorcycle that You Can Also Ride on Water