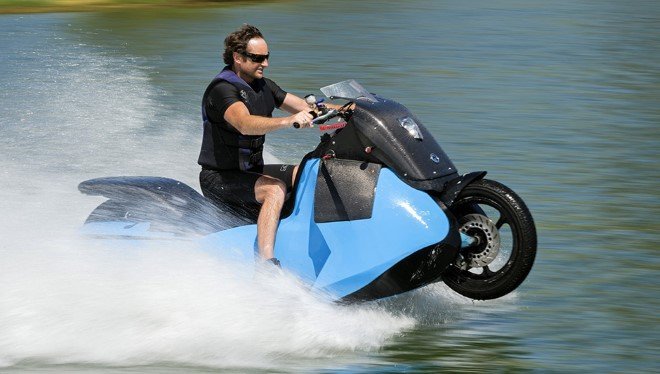 Four years back when I watched a movie that showed the hero fleeing away from Police on a bike that turned into jet-ski upon jumping in water, I thought, “that is so cool” and being an engineer even thought of transfiguring my ordinary bike into a jet-ski. Couple years after that, my fantasy evolved into reality when a Serial amphibian creator Allan Gibbs used the American international motorcycle expo in Florida to launch the first such bike called, Biski. Biski is an ordinarily designed vehicle with some killer features. Its name is based on its functionality. As it is a bike that can be turned into a jet-ski so it is an amalgamation of two words bike (bi) + jet-ski (ski), hence Biski. 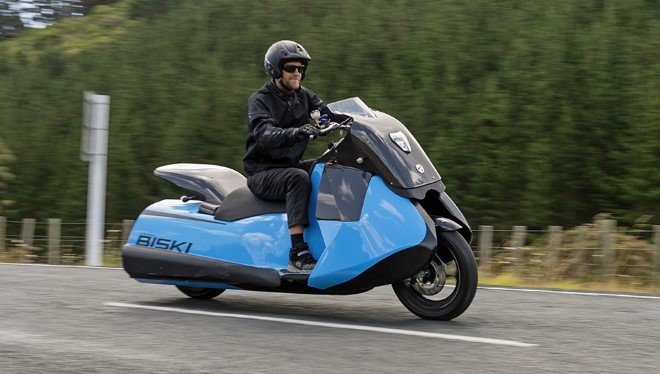 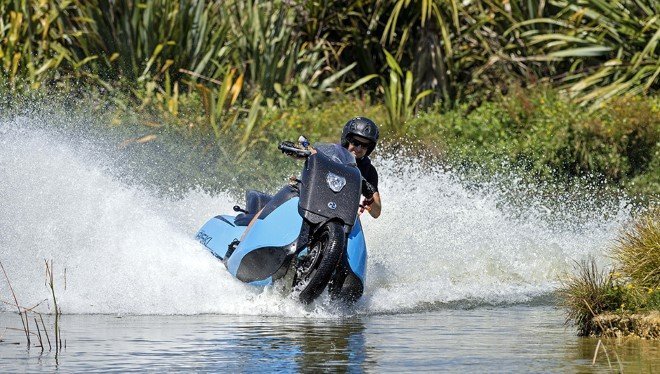 It doesn’t have some dashing design as normally cool vehicles do, but underneath a chubby exterior are packed twin cylinders, which are capable of transferring 55 horsepower amounts of energy to rear vehicle thus rendering a speed of 80mph on the road and 37 mph in water.

You are cursing along the road and at a push of a button the bike can be turned into a jet-ski by retracting the rear wheels and plugging the propulsion system into action. The best thing is that, you don’t need to be wary of losing momentum in all this bike-ski shifting process, as all of this happens in less than 5 seconds.

This prefab, off-the-grid tiny cabin is the only home…

Biski is the latest product in amphibian series developed by Gibbs who has already developed amphibious quadbike, amphibious car and amphibious truck. Same engine is used to power the machine on the road and as well as in water. Company’s patented suspension system allows the wheels to be lifted during ski mode. According to the company: ‘Without the drag of the wheels the amphibians can reach higher water speeds as a planing vessel. 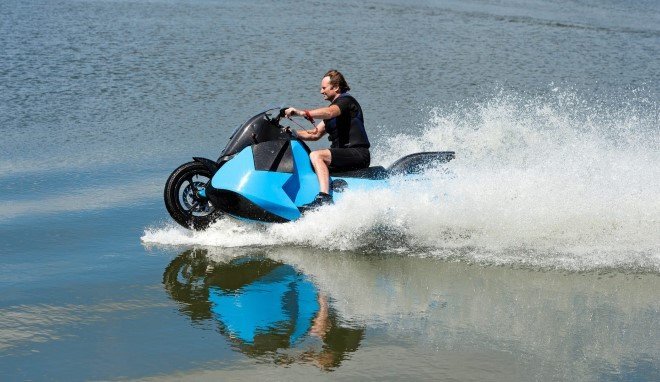 Gibbs initially wanted to fabricate legitimate James Bond-style land and/or water capable autos like the Aquada but later found that there was a huge amount of administrative issues included attempting to meet security benchmarks for a traveler car. Recreational vehicles like ATVs aren’t liable to a similar examination, and offer a speedier way into the market.

Biski comes in a wright of 228kg – only 9kg heavier than Yamaha TMAX. It looks remarkably steady on water allowing the riders to climb on and off as it floats. Biski is far less expensive than other Gibbs machines. Moreover, as a functioning motorcycle it’ll be valuable in a more extensive scope of settings and will take up next to no space in the shed – possibly about as much space as a substantial professional bike. If you buy this, then I reckon it’ll be the most convenient way to serve your appetite of skiing without having to put your foot into the water.

Check it out Biski in action below:

World’s First Rotating Skyscraper is Coming to Dubai by 2020