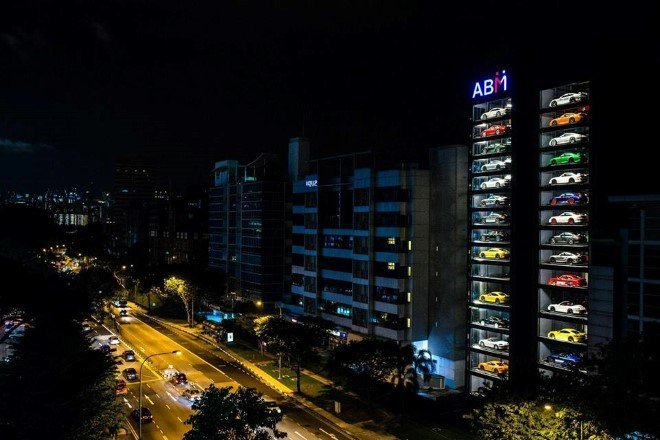 We all just love vending machines, don’t we? I mean, who would not appreciate the instant snacks, beverages and chocolates we get without any hassle! But, things are changing and so are vending machines. The service is not confined to junk food anymore – it’s time to add ‘cars’ to that list. Yep – you read it right!

Autobahn Motors, known for selling used-automobiles, has achieved the impossible by opening a 15-storey futuristic building in Singapore that seems like a real-life kid’s toy box. Instead of going through regular sales services, customers can select the car of their choice directly at the facility, using a tablet and a compatible app. Upon doing so, the car is delivered to them within a minute or two, thanks to the advanced vehicle retrieval system. The future is here, where buying a car is just like buying an evening snack!

The main aim behind this giant 15-storey vending machine is to utilize the maximum out of the available space, especially in the land-scarce city like Singapore as well as to stand out from the competition. During an interview, the general manager of Autobahn Motors, Gary Hong said, “We needed to meet our requirement of storing a lot of cars. At the same time, we wanted to be creative and innovative.” He also added that he has been approached recently by developers interested in using the company’s Automotive Inventory Management System for parking services. He claimed that their sales have risen by 30% since its launch in December. It’s pretty convenient because when a customer sees a car displayed like a model in a beauty pageant, they just refuse to walk out of the building emptyhanded! Mr. Hong said that he got the idea for the new showroom during a trip with his four-year-son who wanted to buy toy cars. “From there I realized that the Matchbox arrangement is a mini version of our inventories that can be displayed and arranged nicely,” he told AFP. 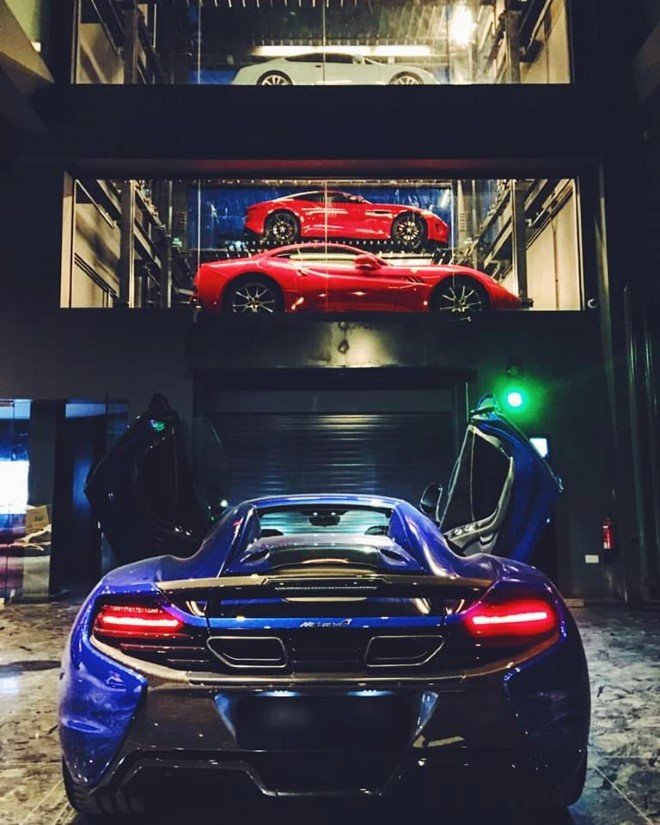 There is a capacity of 60 luxurious vehicles at the company facility that would have taken five times the space if parked traditionally. Automobiles including modern sports cars like Ferrari, Porsche, Lamborghini and Bentley to classics, including a 1955 Morgan Plus 4 are available here.

No wonder people walk out of the facility with a fancy car – certainly hard to resist!

Foldscope – A 1$ Microscope Made Entirely Out of Paper