Foldscope – A 1$ Microscope Made Entirely Out of Paper 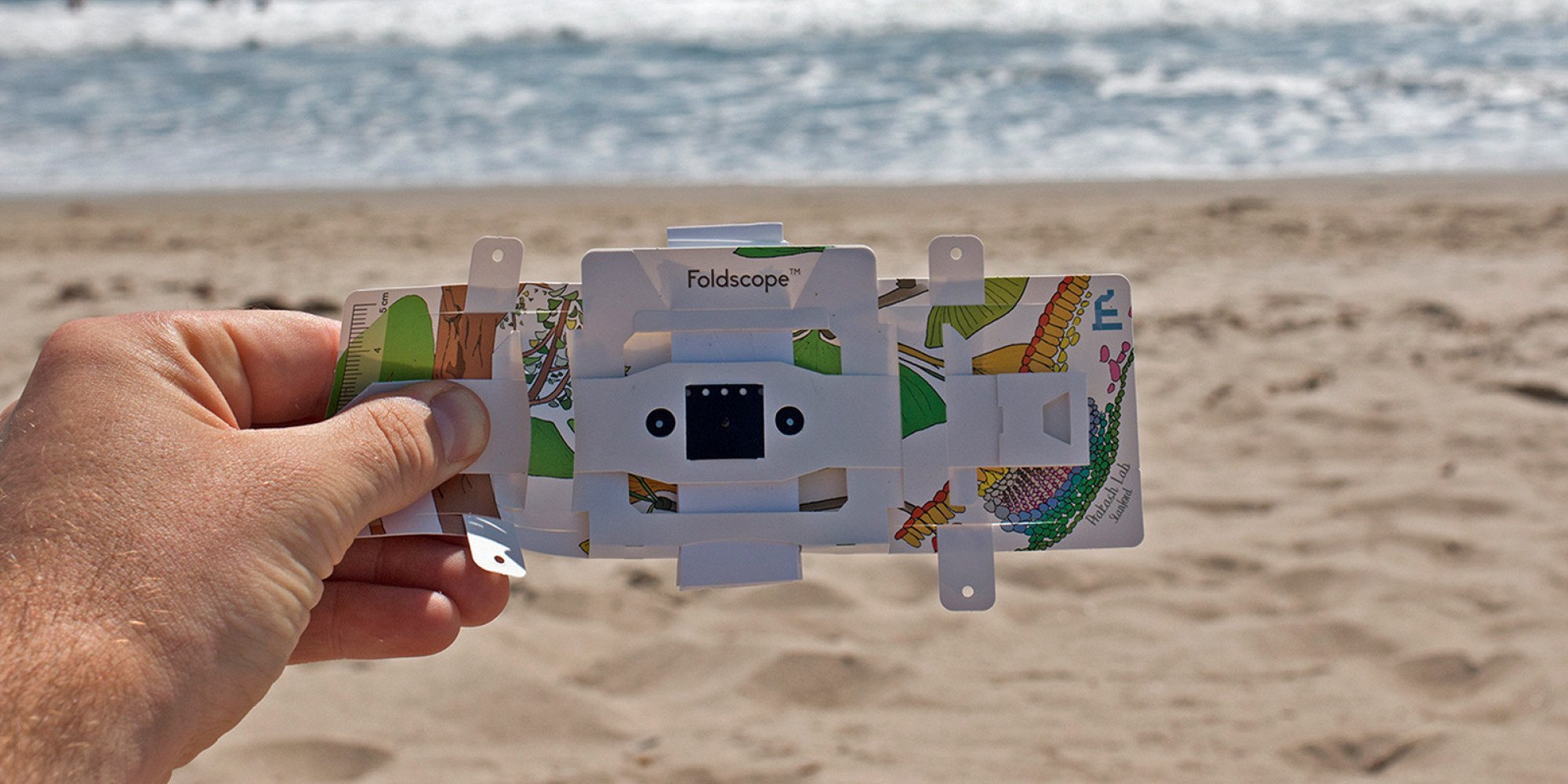 Education is the most powerful weapon which you can use to change the world, said Nelson Mandala. Laboratory head, Physicist Manu Prakash of Prakash Lab at Stanford University is unquestionably working his way along his team to motivate people towards education worldwide by building new techs. The curiosity driven research group working in the fields of engineering and physical biology is formulating innovative tech with one single aim i.e. make people curious about things. “The biggest thing we are trying to do is make people curious”, says Prakash.

We can find many innovations to Prakash’s credit but his most eminent invention is Foldscope, a paper microscope that can be folded in origami style and can be contained in the pocket. It is made up of a single thick sheet of paper that can be put together to form a microscope in 10 minutes. Its built-in lens can magnify subjects under deliberation up to 2000 times, which is enough to visualize subjects from lady bug’s finger to bacteria colonies. The best feature of this innovation is that, its manufacturing cost is less than a dollar.

The motivation behind Foldscope lies behind Prakash’s visit to Thailand’s distant clinics, where he observed this absurd trend of underutilizing microscopes and other expensive equipment just because the staff was wary of getting those damaged. So, he set out to make something portable and small, “Like a pencil”, says Prakash, which is robust, cheap and would work all the time. After year of hard-work he came up with this Foldscope.

China is using drones and autonomous robots to fight…

SEE ALSO: Nimb Smart Ring is Designed to Save Your Life in Panic Situation

Foldscope can be manipulated in a variety of ways, as demonstrated in the video posted below. If a recording device is set over the eyepiece such as a cell phone or a small camera, one can take pictures or even record a video with all the stuff happening with the subject under consideration. It can be fashioned to work as a projector if a light source is stuck behind the lens. With small manipulations, it can be formed to work either as a dark-field microscope for visualization of subjects against black background or fluorescence microscope for the observation objects that glow in certain lights. It’s very versatile equipment, says Prakash.

At the beginning Prakash set-up the equipment at his lab and printed 50,000 pieces to ship them to beta testers, but in 2017 they are hoping to ship one million of them.

Japan is Rolling Out Invisible Ghost Trains in 2018