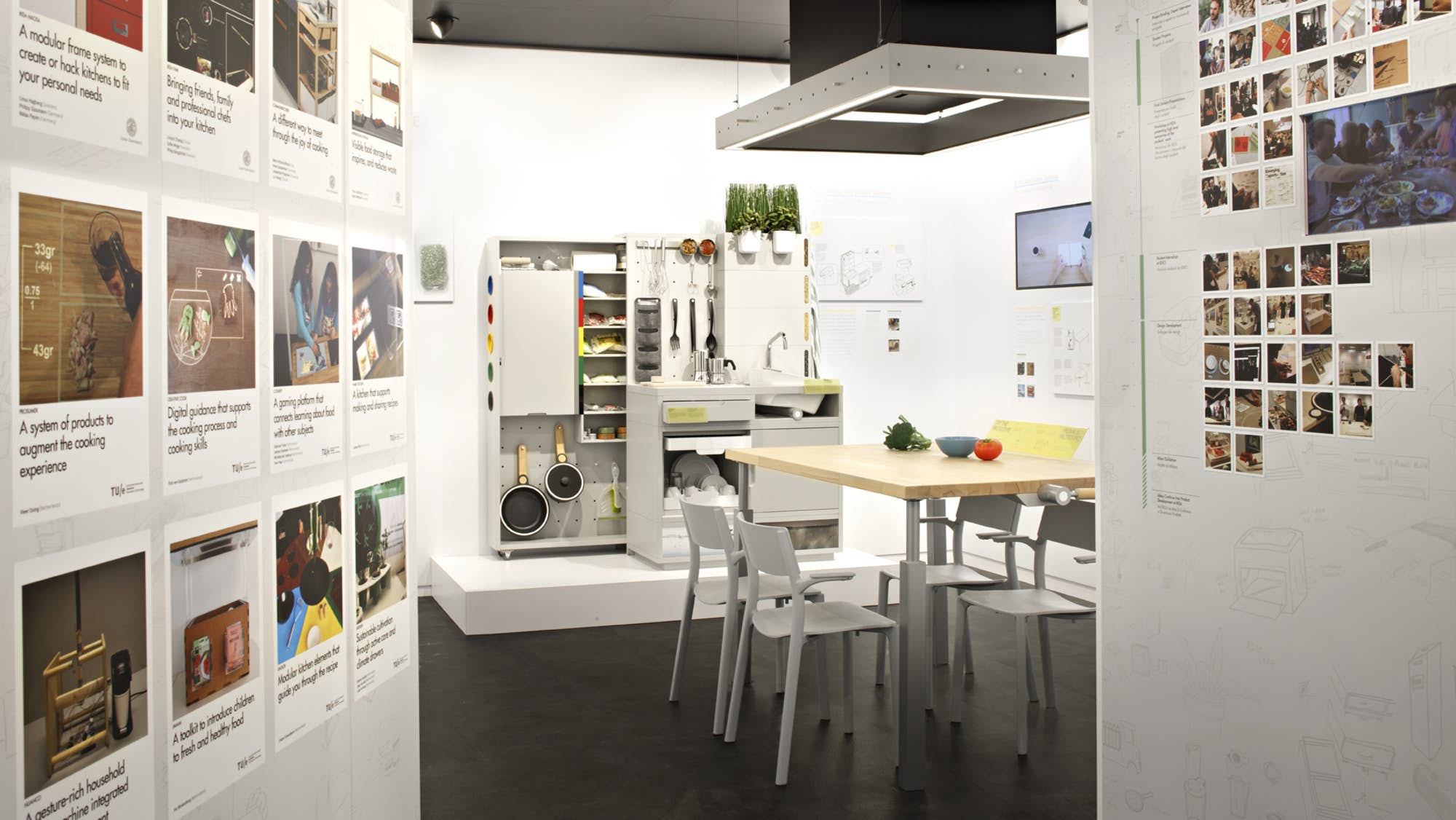 Have you ever wondered how the world would look like in 2025? Will we be traveling in flying cars? Will we be able to read minds through some insane technology? The possibilities are endless and we just have to wait to see what happens!

Apparently, IKEA couldn’t wait for 2025 either; hence collaborating with London based design firm IDEO and students of Eindhoven & Lund  universities, IKEA created a ‘Concept Kitchen’ just to predict the future of kitchens that is both innovative and environment-friendly.

So, talking about the Concept Kitchen 2025 – it is a student-based project established upon logical assumptions to predict a world of the future. The students projected that the world in 2025 would have less available energy resources and people would have fewer kids. People would prefer to live in apartments in major cities for a better standard of living instead of suburban areas. Living in small, high-end apartments would mean, the kitchen will become the center point of living. Therefore, the kitchen had to double-up as an organized living space along with the standard workplace for house hold chores having additional focus on food waste recycling. In addition to this, students also assumed that people would move away from their regular practices of doing groceries as in future groceries might well be delivered to their doorsteps via drones!

The concept kitchen obviously incorporates technology but it doesn’t look like a stereotypical laboratory-like kitchen. Instead it looks like an IKEA starter kitchen with high-tech additions that are subtly fitted in order to create confident chefs who will waste less. The students were instructed to integrate social, technological and demographic forces that might alter how people will perceive food in the year 2025. Students came up with various designs; one of them looked like a rustic table that would offer space for cooking, working, playing, eating as well as socializing.

So above the table lies a smart camera and a projector that will act as an interactive control center. As soon as someone places the food on the table, the camera will identify it and suggest dishes to use it, recipes and even a timer! The underside of wooden table will contain induction coils connected to a computer network that in turn will heat cookware and recharge portable devices. 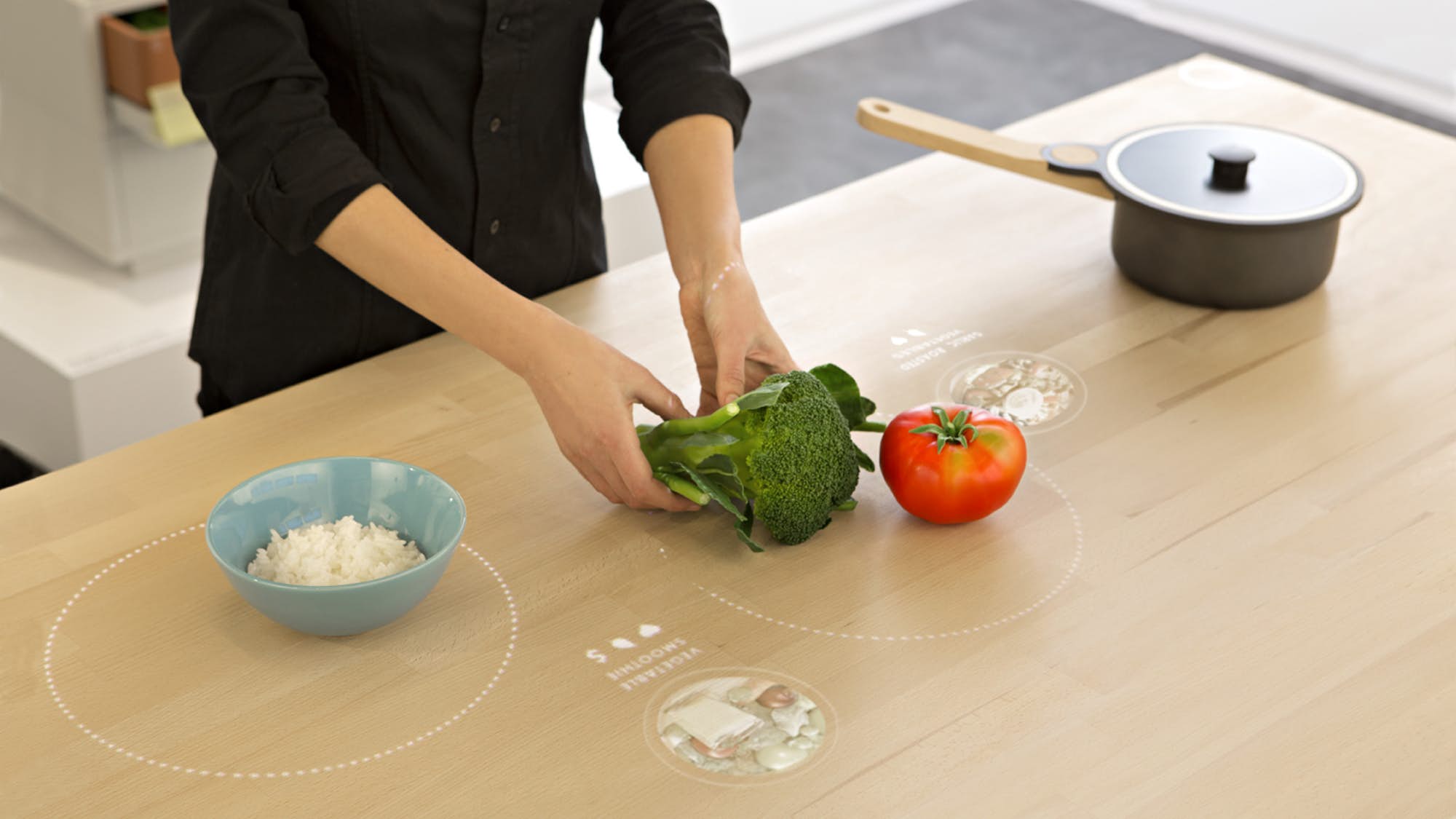 Similarly, the storage unit is another unique feature of this Concept Kitchen. It will serve as replacement for refrigerators, cupboards, and will have open shelves just like a market stall. Does it sound lame? Well, these shelves have hidden sensors and smart induction cooling technology which will keep the food in the front and prevent it from rotting. The double-walled transparent containers will have RFID tags which will show what temperature the food should be kept at. 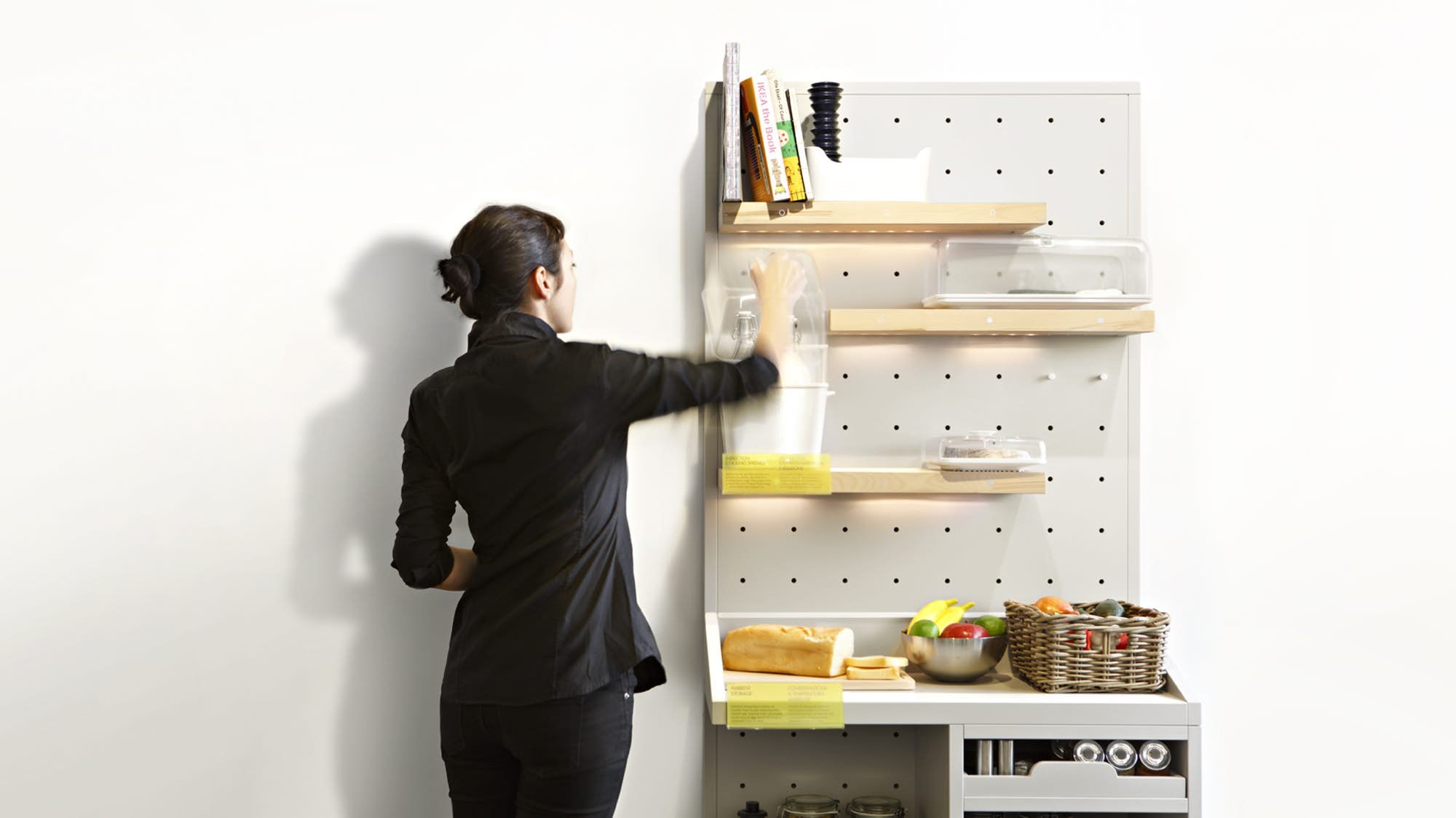 These aerial photographs of London make the city look…

These adorable conversations between everyday objects will… 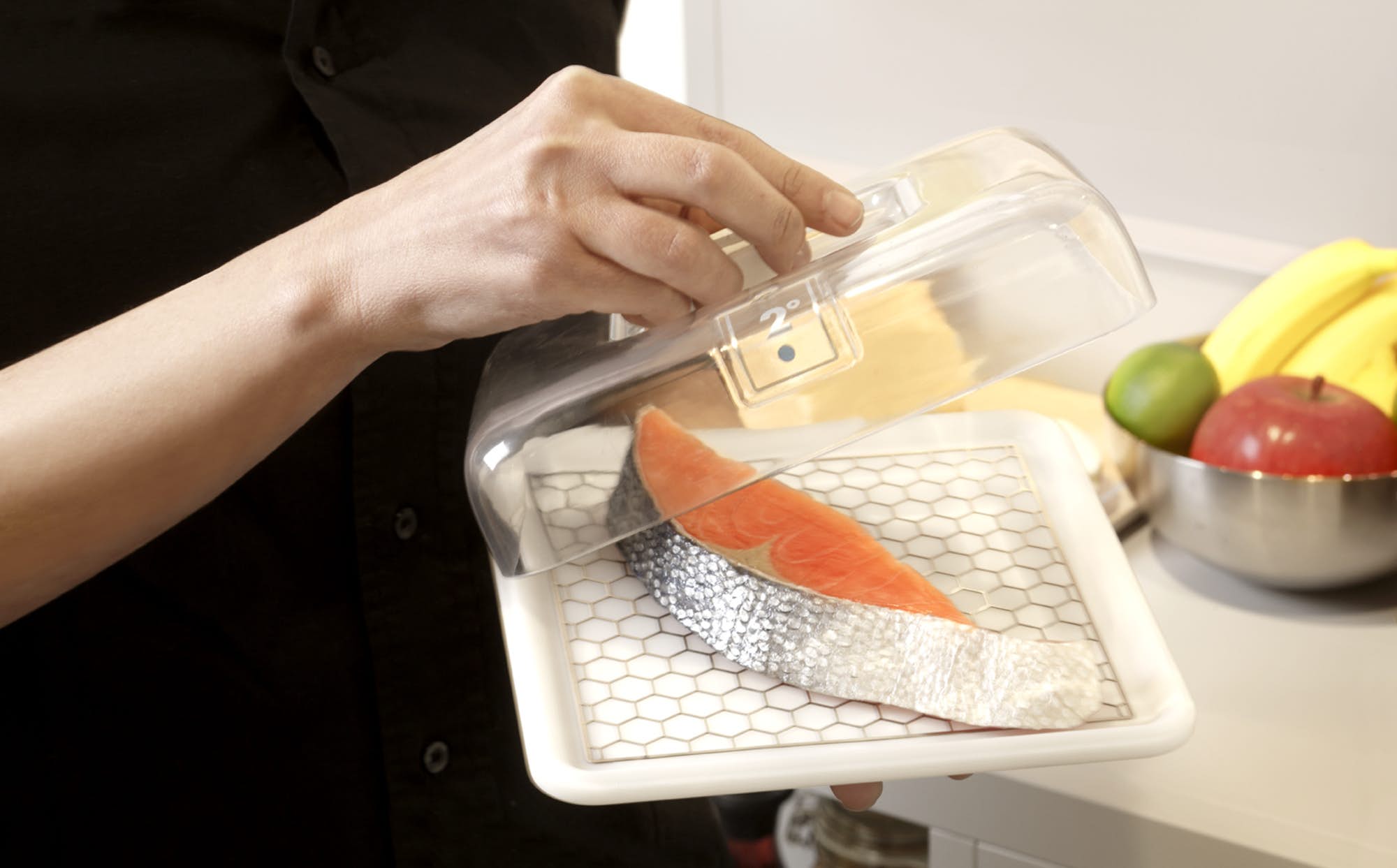 Upon finishing dinner, the Thoughtful Disposal system will handle the waste as the person will manually sort the recyclable material from rubbish in a home bottle bank. These bottles will then be crushed and packed into bio-polymer tubes. After this, they’ll be labeled and put out for pick up. Interestingly, the person will either be fined or credited in accordance with the ratio of wasteful rubbish to recycling balance. Moreover, the kitchen sink will dispose all of its waste into a composting system where the biomass will undergo dehydration and will be dried into odorless puck which will then be collected by the local government. The extracted water can then be utilized for indoor plants. 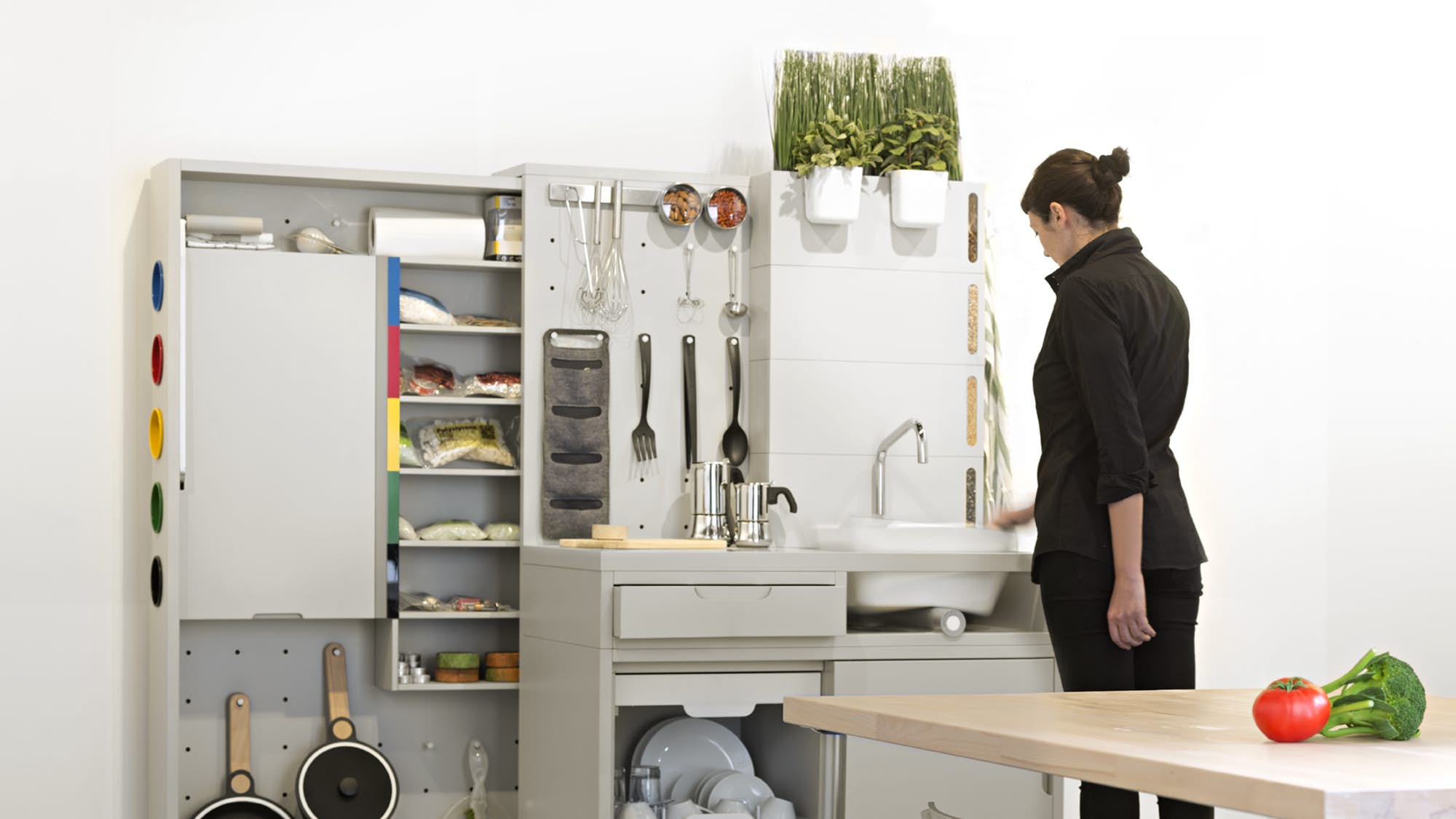 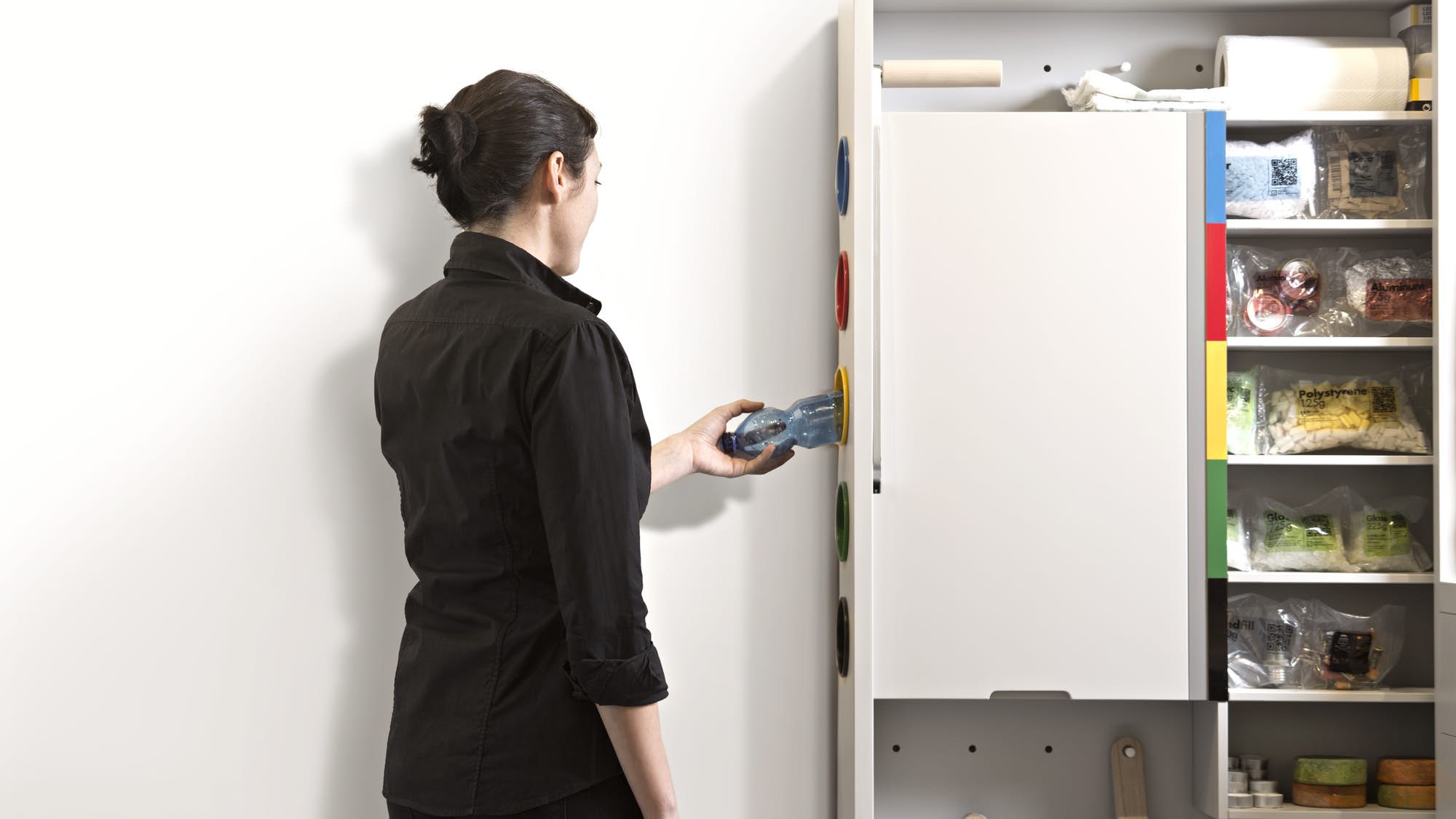 IKEA’s kitchen and dining range manager Gerry Dufresne says that the results of the study will be used in future product development. Though, it sounds promising, we still have to see how people would respond to this revolutionary kitchen!