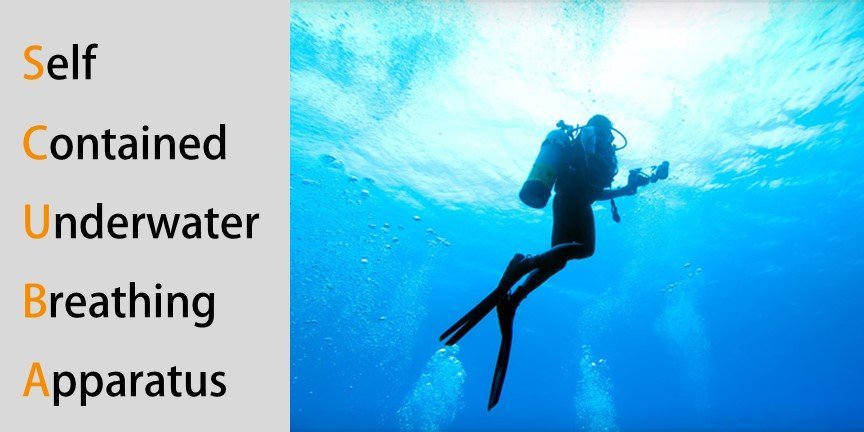 In our eventful and busy lives, we are always looking for shortcuts to save even a few seconds of our time and in terms of linguistics, we are fortunately blessed with acronyms for this purpose. However, acronyms have been around long before we were struck with the ongoing hectic era and you’d actually be surprised to know how some of them have slipped so naturally in our vocabulary that they don’t even feel like acronyms for anything anymore. Check out these words that were essentially introduced as acronyms in English language!

We all know Taser as the super cool weapon that was invented by NASA researcher, Jack Cover in 1974 but did you know that Cover named the weapon so by being inspired by a science fiction novel in which the lead character, Tom Swift innovates a rifle that blows out bolts of electricity? That is how Cover named his weapon Taser which was basically an acronym for “Thomas A. Swift’s Electric Rifle”. Yes, true story!

Laser is just another normal word, right? Well, not really. The acronym “laser” was first introduced in 1959 by physicist Gordon Gould who used it in a scientific paper about technology to describe the phenomenon, “Light Amplification By Stimulated Emission of Radiation”.

South Asian country that is always in the news, Pakistan, has a name that is actually based on an interesting acronym. The word “Pakistan” is made up of the initial letters of the provinces that it is comprised of. The acronym was coined much before Pakistan came into being by Choudhary Rahmat Ali, who used it in a pamphlet “Now or Never” to advocate about the creation of a separate Muslim state by combining “Punjab Afghan Kashmir I (just for pronuncation’s sake) Sindh and BaluchisTAN”. Pakistan also translates into “the land of the pure” in the national language of the country, Urdu.

Snafu also roots from military background and was founded in the 1940s by a military troop that got stuck in a rather chaotic situation. It stands for, “Situation Normal: All F—ed Up”.

Scuba diving is a popular thrilling activity nowadays but little do we know; the word was not really coined for the sport but for the equipment that is used in it. Christian Lambertsen was the person who introduced the acronym, which stands for “Self-Contained Underwater Breathing Apparatus”, in 1952 after designing its form.

ZIP codes are not just random numbers that get your mail through. The word “ZIP” surprisingly also means something and for a very specific purpose. Rober Moon, a postal inspector floated the idea in 1952 of dividing the postal zones into three regions and subsequently assigning the regions codes to make the postal service more efficient. The idea was accepted in 1963 and the acronym ZIP came into being along with it, which means “Zone Improvement Plan”.

We all have come across those annoying little tests, CAPTCHAs on websites that ask us to prove that we are humans by identifying a text or by solving a math question. Alan Turing is responsible for introducing this in the technological world but its purpose was not to make the users’ lives a bit difficult but to judge how well computers can participate in a normal human conversation. The word sounds similar to capture as it is believed to be a contrived acronym that stands for “Completely Automated Public Turing test to tell Computers and Humans Apart”. Clever, no?

We are all familiar with the concept of care packages which are basically bags of goodies sent to someone who is dear to us and has gone far away. However, the idea was initiated by a humanitarian group, “Cooperative for American Remittances to Europe” back in the days of World War II. The group used to send leftover provisions of US military to needy Europeans, with the permission of the US government. American public soon started to contribute to the group’s cause voluntarily. The group ended soon after 1945 but the concept of “CARE” packages survived and thrived all along these years.

You’d think that smart cars are called so because well, their design is smart for being tiny enough to make way in traffic ridden roads of highly populated cities. However, you’d be shocked to know that it is actually an acronym for “Swatch Mercedes Art” as the smart car line was introduced by Swatch in partnership with Daimler Benz and the acronym was a healthy compromise for the car’s name between the two companies.

Like snafu, the acronym fubar also roots out from a military situation gone bad. “F—ed Up Beyond All Repair/Recognition” is what the acronym literally stands for and believe it or not, it used to be a very handy expression to convey to the military officials how messy the situation is without giving away too much to the spies.

CONTINUE READING: Check out this interactive periodic table illustrating the daily life use of each element