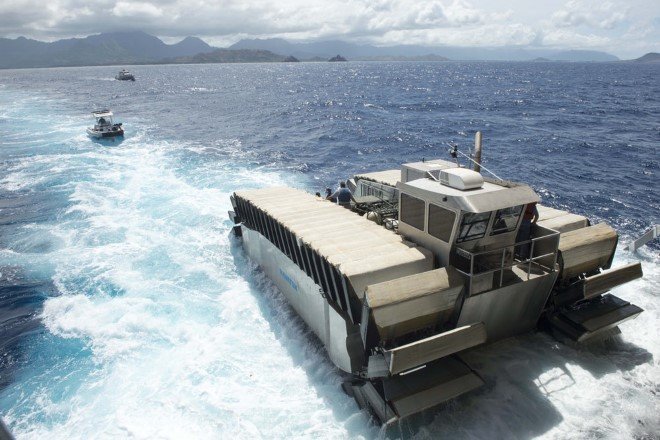 We are constantly modifying existing technologies to make them more powerful and more efficient, well so are US Marines. They recently showcased and tested their fully-functional, half-scale prototype of their new amphibious transport vehicle called Ultra Heavy-Lift Amphibious Connector (UHAC).

So, what is the full-scale version of this vehicle capable of? Well it can power across water with a payload of 2000 tons at a speed of 20 knots i.e. 37 kilometers per hour. It can even drive up on to the shore and over obstructions which can be as high as 10 feet!

After successfully achieving the goals of a half-scale prototype, the US Marines are all set to boast triple the carrying capacity of the Landing Craft Air Cushion (LCAC) vehicles that are currently used to transport from ship-to-shore for the US Navy by providing a payload of 190 tons. As far as the dimensions are concerned, the vehicle is 8 meters wide, 13 meters long, and 5 meters high. 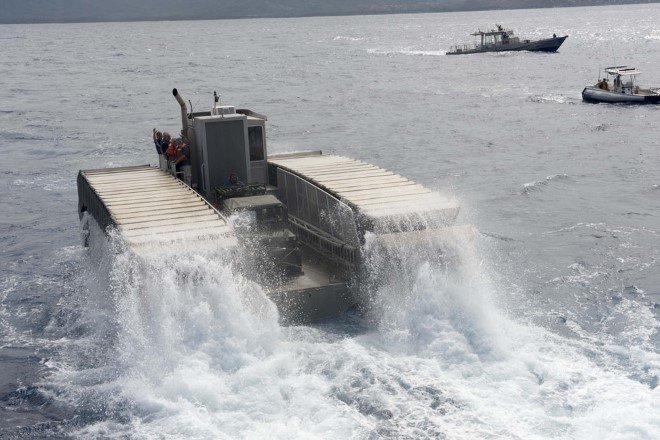 The vehicle is a modification of the Captive Air Amphibious Transport (CAAT) concept. The UHAC is capable of moving on sea as well as land. It is fitted with captured-air foam cells that provide buoyancy which in turn act as paddles in water whereas it acts as track-driven pads on land. What makes the ‘A’ in UHAC is the ability of the system to apply minimal ground pressure footprint.

When the US Marines conducted the tests, the RIMPAC demonstration consisted of UHAC leaving the Marine Corps Training Area Bellows and navigating the ocean to USS Rushmore where it landed on the ship’s amphibious landing dock, picked up an assault vehicle and transported it back to the shore. Dave George, the project officer at Marine Corps Warfighting Lab, said that ‘Showcasing the UHAC during RIMPAC is a big deal. This is a great way to let people know that this new technology is being developed and this is a great way to show what it can do. Today went quite well. We had much better seas then we anticipated and we were still able to get onto the well deck of the USS Rushmore.’ 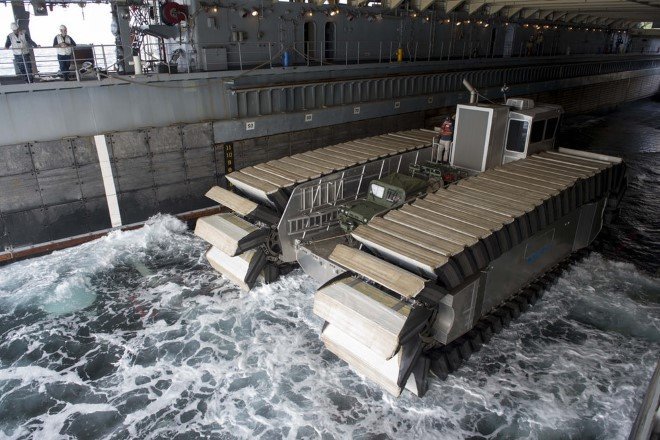 So, what’s the next step? We are still not too sure as no comments have been passed on taking the final steps to make the full-scale version. But knowing what a success this vehicle has been and its incomparable advantages, the developments are likely to take place at a fast pace.

Navatek Ltd, a hydrodynamic research and naval architecture company in Honolulu, created the project, and as for the its sponsorship and execution is concerned, the Office of Naval Research (ONR) was responsible. Rim of the Pacific aka RIMPAC is currently the world’s largest international maritime warfare exercise which runs from June to July after every two years. The US invite military forces from the Pacific Rim to come to the Hawaiian Islands to participate.