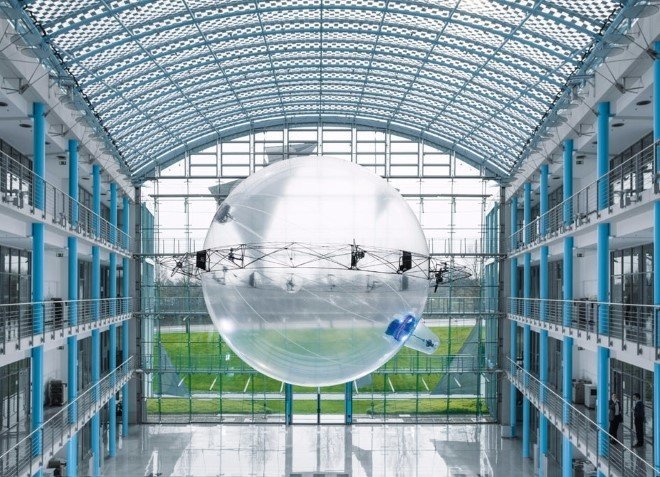 Apparently, chameleons are the new inspiration for making all-purpose and resourceful utility drones. Their tongues are what fascinated Festo into creating the all-new flying gripping spheres that will hold and carry objects around. Curious to find out more about these giant orbs? Then keep on reading!

Festo has integrated two previous projects into a single idea that redefines the future of transporting objects. The combination of eMotionSphere and FlexShapeGripper give us The FreeMotionHandling project, which is a fully autonomous sphere that grabs things, transports and drops them off! This giant contraption amalgamates the two main passions of Festo: flying and gripping. 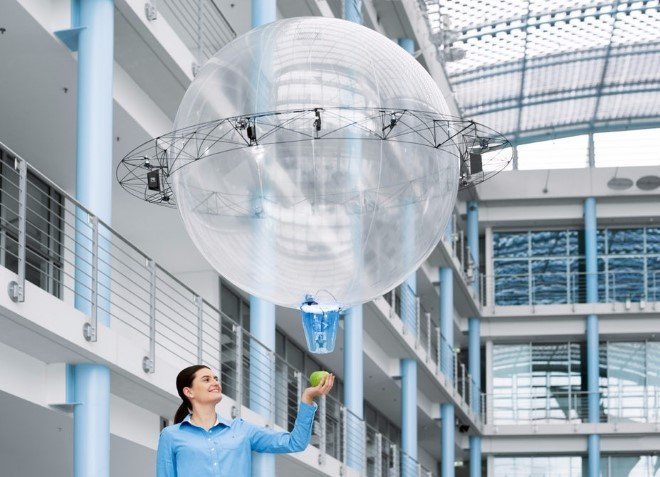 The 1,400 g flyer is made up of a 137 cm (54 in) diameter sphere and when helium is pumped in this sphere, the weight drops to a mere 50 g. The flyer also consists of an ultra-light carbon ring with eight propellers, which surround the circumference of the giant orb. Each propeller has the ability to spin on its own axis regardless of the other propeller’s direction. This enables the drone to start, stop, change course and grab objects from several angles with a snap of a finger. Furthermore, the carbon fiber ring is also home to various circuit boards, wireless technology and onboard sensors. 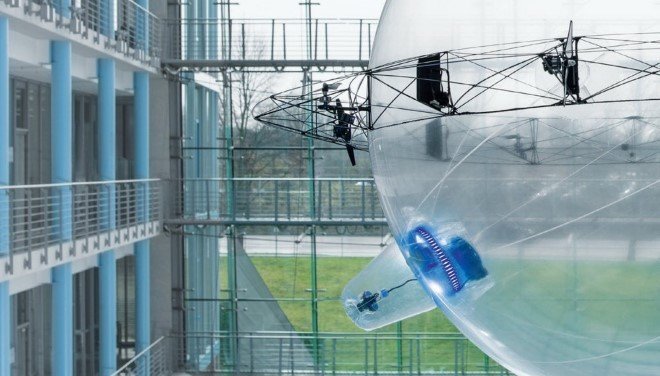 Inside the giant sphere is an integrated smart gripper. This is where the concept of a chameleon’s tongue comes into play. This helium-filled film sleeve consists of silicon tip, which touches the object and makes the helium withdraw within the internal chamber, hence, creating a vacuum. In order to fill up the empty space in the air chamber, a water-filled chamber-located on the exterior-surrounds and cloaks the object quite firmly and flexibly regardless of its shape and size. The only limitation is that the object has to weigh 400 g (0.9 lb) or less. 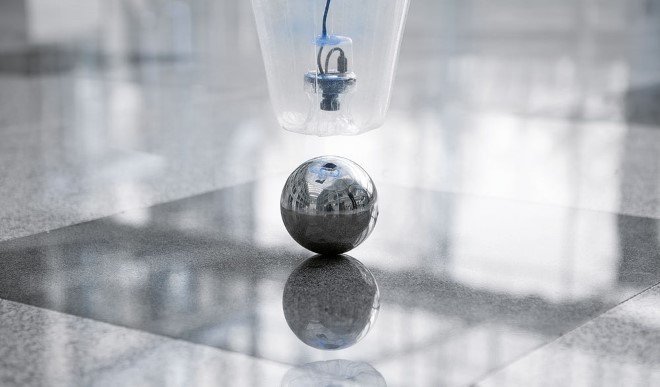 ‘Moley’ is a robotic chef that can prepare over…

Airlander 10 will be world’s largest aircraft… 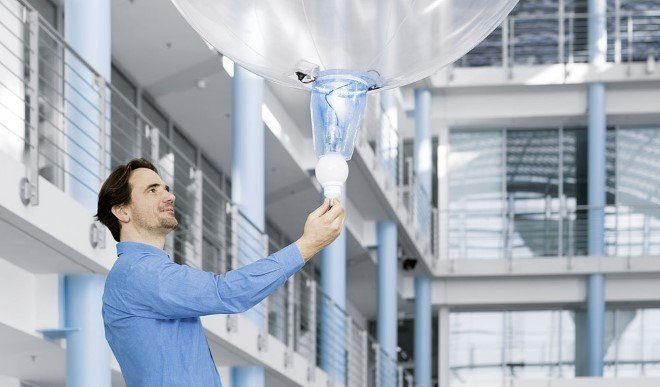 An indoor GPS system utilizes 10 infrared cameras to record and track the location of the sphere at 160 frames per second in the installation space. All this footage goes to a central computer that contains the ability to evaluate and examine 3.7 billion pixels per second.

The FreeMotionHandling consists of six batteries that run for 40 minutes consecutively before they require a recharge. Furthermore, the contraption also consists of two cameras, which are helpful in detecting objects. While one camera is located inside the gripper, the other lies on the gripper’s jacket. This enables the system to identify and pick up objects on its own. Its intelligent software saves a huge variety of images in different shapes, sizes and lightings. Furthermore, it also creates a complete image of the object for the computer’s system to extract. Once the system has gathered enough information on the objects, it can recognize the memorized objects on its own. 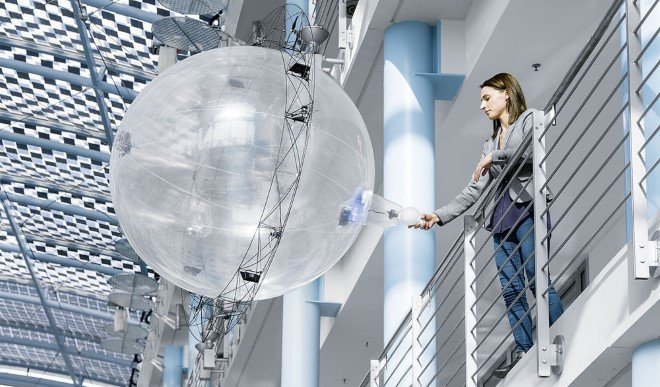 If Festo is successful, they can even use their fully autonomous system in factory and production lines to increase productivity. One day it might also help human workers reach dangerous and high construction areas, which is quite an exciting prospect to imagine!

Ever wondered what those bumps on the sidewalks are designed for?

Ox, the faltpack truck can be assembled in 12 hours and transport goods in state of emergency