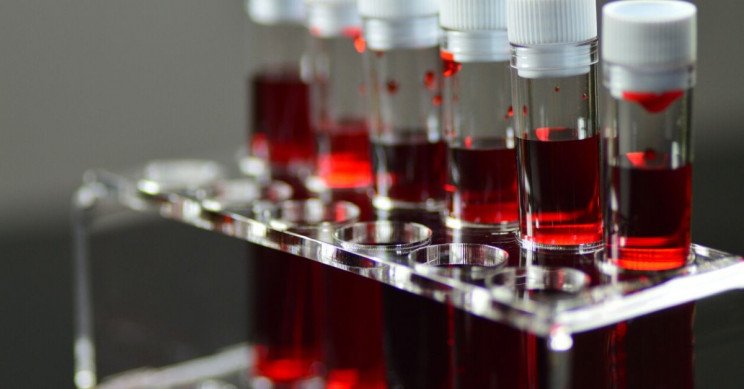 Blood is the life-giving juice that flows through our bodies via miniscule blood vessels. This connective tissue is made up of red blood cells, platelets, and white blood cells suspended in a liquid plasma matrix. While the primary job of the blood is always the same, the type of blood may vary. Some types of blood are more common than others. The rarest blood type and the most common blood type are tasked with the same functions; carrying nourishment, electrolytes, hormones, vitamins, antibodies, heat and of course, oxygen. At the same time, it carries away carbon dioxide and the waste matter. It is not only the main transport mechanism in the body but is also a major component of the immune system because it contains white blood cells and immune factors

The differences lie in the presence or absence of certain antigens – substances that can trigger an immune response if they are foreign to the body.

There are four major blood groups classified by the presence or absence of two antigens – A and B – on the surface of red blood cells. Antigens are a combination of sugars and proteins that coat the surface of a red blood cell. Despite the similar name, antibodies are not to be confused with antigens. An antigen is any kind of molecule that could be a protein or a carbohydrate, that is recognized by the immune system. The antibodies target whichever antigens are identified as foreign invaders. A person’s blood type depends on the combination of the antigens which can be one of four cases: no antigens (O), A antigens, B antigens or both A and B antigens.

Additionally, there is a protein called the Rh factor. A person’s blood type is designated as positive in the presence of the Rh protein in their red blood cells, and negative if they don’t have this protein. This adds up to create the 8 most common blood types (A+, A-,  B+, B-,  O+, O-,  AB+, AB-).

The type of blood is a genetic characteristic thereby depends on the parents’ blood types.

A positive makes up almost a third of requests for blood from hospitals and is always in demand.

B positive is an important blood type for treating people with sickle cell disease and thalassemia who need regular transfusions. There is always a high demand for B positive donations with the subtype Ro (explained below). Approximately 2% of donors have this rare subtype.

B negative blood type donors are hard to come across, even though there is a demand for it so be sure to donate if you have it.

According to Bloodco.uk, the need for AB positive red blood cells is falling while the demand for AB positive plasma hasn’t changed. This makes it difficult to manage the plasma demand especially because only male donors are preferred. Plasma from AB negative donations can help treat patients of all blood types, also taken only from male donors.

How is blood type determined?

Much like any other characteristic like hair color, skin color and eye color, blood type is also dependent on the parent’s genes that we inherit. Genes are a part of the DNA structure that is the specific code that makes us who we are. Every specific detail is stored in a dedicated gene and humans have the same 20,000 or so genes. The differences in our bodies are caused by the different versions of these genes. Blood type works on the same principle. Since we get two copies of genes, one from each parent, our Find blood type is determined by the genes we inherit on both sides. The blood type gene ABO is present in every person, however, the variants of the antigens make it A, B or O type. Since we receive two copies of the blood type gene and there are three possible versions of this gene, this adds up to six possible combinations.

The chart below shows the possible variants and what blood type is most likely to be for every blood type of each parent:

The blood type genotypes that are ultimately on the table at the time of inheritance are
AA, AO, BB, BO, AB and OO – two copies; one from each parent.

However, since O type means no antigen present, this actually breaks down into four blood types or phenotypes:

This explains how the child’s blood type can come out to be completely different from either the parent’s. The child of one AB parent and the other OO could either be AO (blood type A) or BO (blood type B). Hence it is not necessary that you would end up with the exact blood type of either parent.

What is blood type compatibility?

Blood transfusions take place every minute around the globe, and this is where blood typing is the most critical.

Before the 1900s, all blood was believed to be the same that led to frequently fatal transfusions of animal blood into humans and hazardous mismatched transfusions of blood between people. The living cells in humans that make up the body’s tissues and organs are covered with surface markers called antigens. If the compatibility of the blood types of the donor and receiver are not considered, certain antigens in the blood cells can trigger the receiver’s immune system to attack the donated blood.  Antibodies are important in transfusion because they are the body’s natural defense system. They recognize any ‘foreign’ antigens and tell direct the receiver’s immune system to destroy them.

What happens if an incompatible blood type is transfused?

Doctors and other specialists conduct stringent testing and screening before a person can receive donated blood, plasma, or other blood products. Giving a patient the wrong blood type can lead to potentially life-threatening reactions and complications.

To understand this, consider someone with group B antigen receives red blood cells from a donor with group A antigen. The receiver’s body will launch an immune response and reject the transfusion. The anti-A antibody in the recipient’s plasma will attack and destroy the A antigen donor red blood cells.

When the recipient’s plasma attacks and destroys the donor cells, the blood may clump, or agglutinate. This causes the blood to clot and block blood vessels. Under this pressure, the blood vessels can break and the hemoglobin can leak out proving to be toxic.

Other possible adverse effects are allergic reactions and anaphylaxis.

One more reason to have blood tested before donating is that it can sometimes contain unexpected antibodies, viruses, or parasites, even if the donor shows no symptoms, it can be detrimental to the recipient.

Blood can be incompatible even between an unborn child and the mother. As explained above, the mother may not necessarily have the same blood type or Rh factor as the child as one copy of the gene comes from the father. In case the mother has Rh-negative blood, and the child has Rh-positive, this can pose risks during pregnancy and delivery. This happens as a small number of red blood cells from the fetus’ circulation can cross the placenta and enter the mother’s bloodstream. Anti-RhD antibody is triggered to develop in the mother’s plasma, which is called sensitization. This antibody can potentially detect a “foreign” antigen in the fetus’ blood cells, attacking the fetus’ red blood cells as a defense mechanism. This can lead to severe jaundice and possibly brain damage.

For this reason, it is also vital for partners to check blood compatibility before trying for conception. Even during pregnancy, blood testing can predict possible risks by checking whether the fetus’ blood type is compatible with the mother’s.

What is the most common blood type?

What is the rarest blood type?

AB negative blood donations are extremely versatile, but because it is the rarest blood type finding donors proves to be a challenge. Plasma from AB negative, the rarest blood type, donations can help treat patients of all blood types. Fresh frozen plasma is only produced from male donations since a female can develop antibodies that can prove life-threatening to patients transfused with their plasma. Even though the antibodies are safe for themselves, and are in a higher occurrence in case of pregnancy.

Even though this the rarest blood type, the demand is not as much as one would presume. Since such a low number of people have this, it is also needed much less the same way.

Data is accurate for December 2018.

Percentage figures have been rounded to the nearest whole number. Source: Blood.co.uk

O negative blood can be used in transfusions for any blood type.

In the United States, 45 percent of Caucasians are type O (positive or negative), while 51 percent of African-Americans and 57 percent of Hispanics are type O. Minority and diverse populations, therefore, play a critical role in meeting the constant need for blood.

What is the Ro subtype?

Ro subtype is part of the Rh group. It is determined by two genes – RHD and RHCE. These control the mix of protein markers called the Rh antigens on red cells. This gives rise to eight potential combinations, one of which is Dce, referred to as Ro. In other words, Ro subtype is simply blood with a certain combination of genes. It is just another normal variant of blood and does not affect an individual’s blood type or how it works. Ro is over 10 times more commonly present in people from black African or black Caribbean ethnic backgrounds comparably from white ethnic backgrounds. However, it makes up for only 2.2% of donors who gave blood last year have the Ro subtype. This leads to a potential shortage of Ro blood for the people most likely to need it.

How to record screen on Windows, Mac, Iphone, Android and Ipad