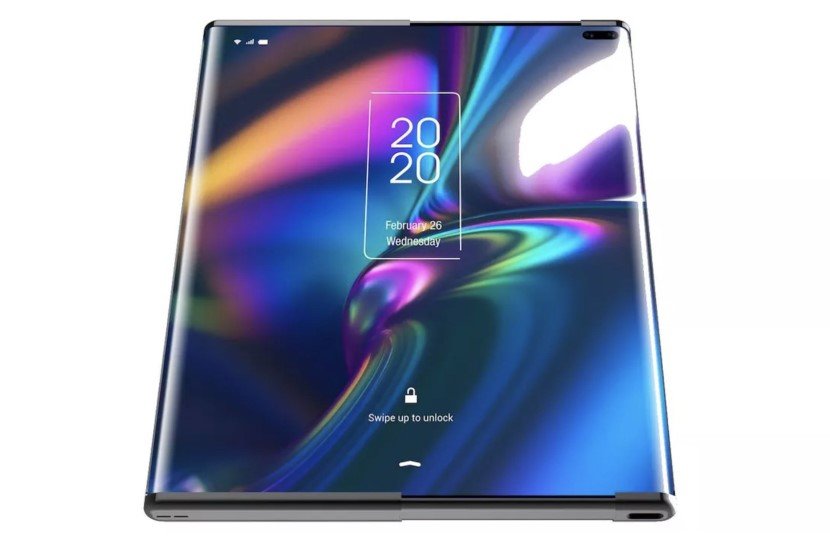 Unlike the Motorola Razr or Samsung Galaxy that are coming out with foldable smartphones, TCL is manufacturing a slide out smartphone according to photos revealed by CNET. By looking at the images, it seems as if the phone is similar to an extending dining table with two displays stacked onto each other where the second display actually slides out from under the first display. The phone was supposed to be showcased on MWC, before the cancellation of this trade show event according to CNET.

The design of this particular smartphone has raised a lot of questions as its appearance is questioned from the available images while also captivating their audience. One of the questions being raised is about how the display seems to fold as the bend would have to be very sharp so it can be sized like a standard smartphone. The layout of the device also indicates how half of it would be empty when it is in its expanded form so that the phone can actually fit when it is in compact form.

Even though TCL was going to showcase this slide-out phone at MWC, they haven’t yet indicated presenting the finished product anytime soon. They have, in the past shown a couple of prototypes at a few different shows but none of them have been refined enough to be actually played around with. At last year’s show of MWC, TCL had a model of the foldable smartphone but it was in such a fragile state that even their workers were discouraged from touching the phone. At CES 2020, they were open to let people actually fold this prototype but they also claimed to be not in any hurry to release this phone.

Irrespective of the fact that this device is nowhere near ready for release, the photos show that the creators at TCL are not done working on this device and experimenting with new technology. There are way too many ideas and none of the ideas are deemed to be too wild to not to be considered.