Every great thing today had a humble beginning, a tale of untiring efforts to transform an idea that laid the very foundations of that particular thing. Have you ever imagined how the most popular websites of our time would have looked like at the point of their start? With the help of the Wayback Machine, which provides screenshots of any website imaginable from its inception until now, we can view the original designs and content of the most visited websites from the past.

Have a look at the starting story of today’s most visited sites.

Created by Stanford PhD students Sergey Brin and Larry Page, Google was officially launched on Sept. 4, 1998. While the company’s design doesn’t seem to have changed a lot but its services and capabilities surely have. 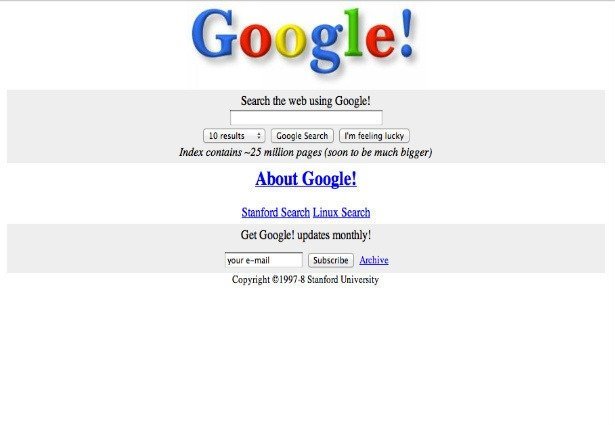 This video sharing website was first launched in February 2005 with an empty interface and surprisingly no videos at all. The first video uploaded to the site was created by one of YouTube’s founders, Jawed Karim, and was titled “Me at the Zoo” which was a 19-second clip. 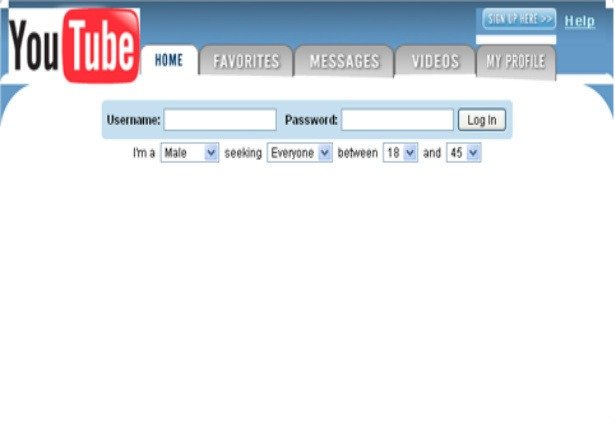 Starting as “Thefacebook”, only available for Harvard University students was created by Mark Zuckerberg in February 2004. The original interface indicates a digitally manipulated photo of Al Pacino in the upper left hand corner. Later changed to just “Facebook”, the site eventually stretched to 800 million users across the world. 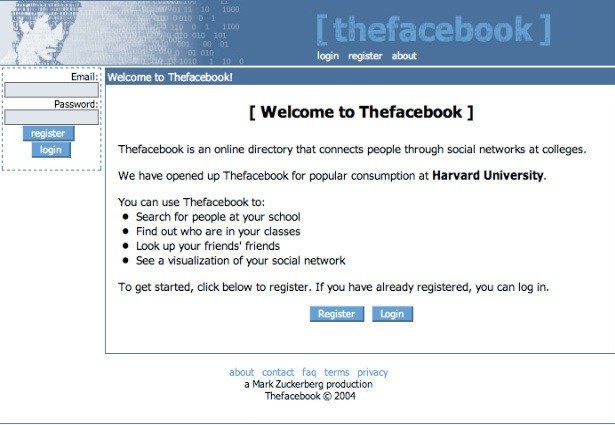 Yahoo debuted in March 1995 was the result of another Stanford duo, Jerry Yang and David Filo. Yahoo the abbreviation of “Yet Another Hierarchical Officious Oracle” with interface featuring a simple search bar and hyperlinks to other websites, started as the first online guide to the web. Today we all know what Yahoo is and where it stands. 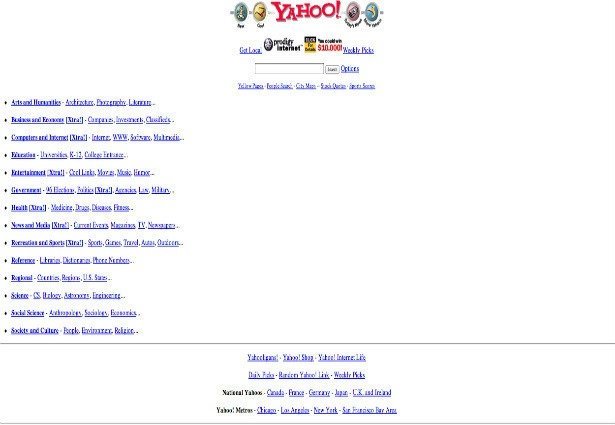 Starting as an online bookstore back in 1995, Amazon today is the largest online store where you can buy literally everything. It was named after the Amazon River by Jeffrey Bezos. 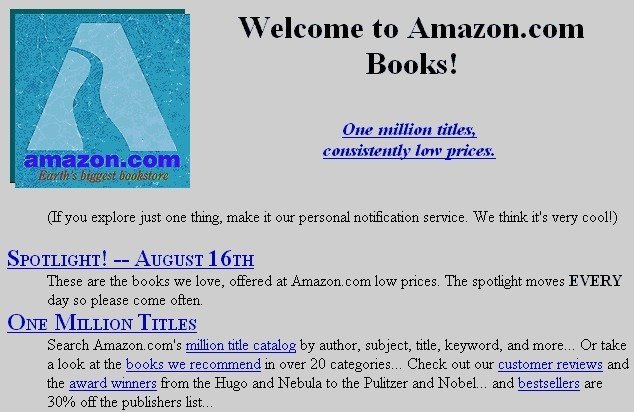 Starting back in July 2006, the site featured the word “Twttr,” which was inspired by Flickr and SMS short-code. Although the interface design has changed at least six times in the last five years but that hasn’t repelled its more than 100 million users. 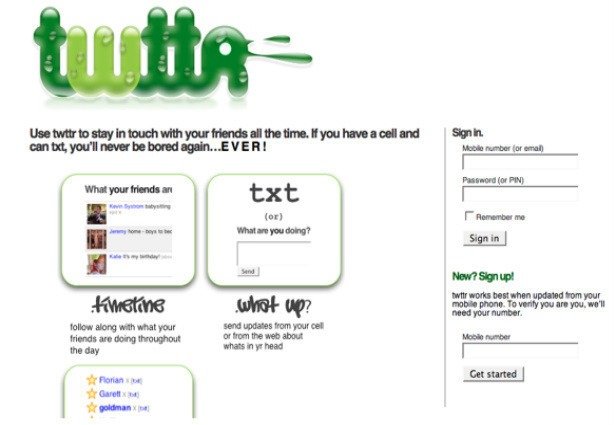 While the history of the print publication dates back to 1851, its website only traces back to 1996. As you can see, the interface features a smaller webpage and only one photo. 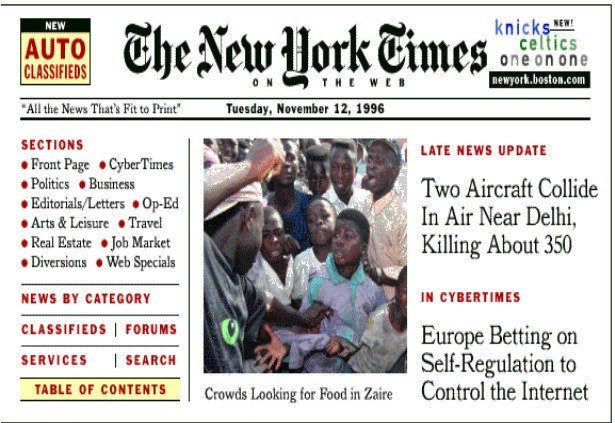 MySpace was launched in August 2003 as a competitor to Friendster. Between 2005 and 2008 MySpace augmented its position as the most popular site and was bought by News Corp. for $580 million. Although it holds the former title of most-visited site on the Internet, MySpace sharply declined in the past few years. The site has recently been sold to Specific Media and Justin Timberlake for $35 million. 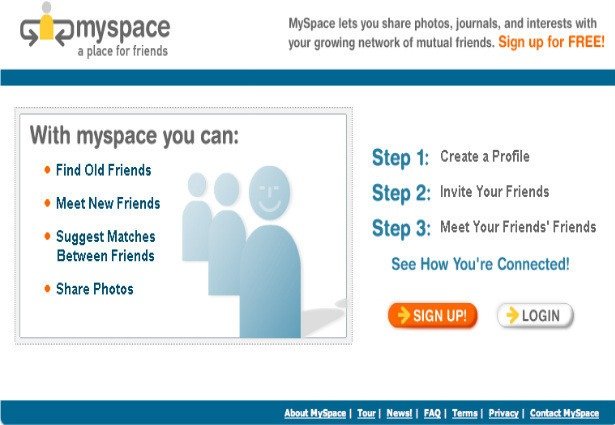