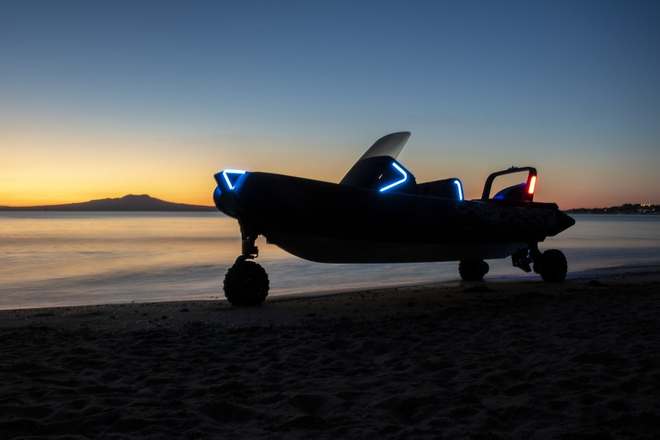 Sealegs, a New Zealand based company, has made a boat that has three retractable wheels. The wheels allow it to quickly get in and out of the water on its own. The newer version unveiled by the company is the Electric E4, the electric-drive model.

Similar to the other amphibious boats of Sealegs, the idea with the rigid-structured E4 is that it can be driven on land for short distances. Wherever there is a beach or a ramp, it doesn’t require docks or trailer-launches to put in or out of the water. The wheels are retracted up and out of the way, once the boat is on the water. 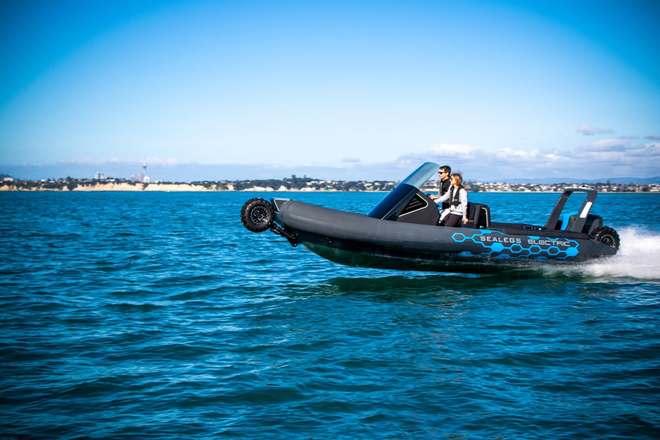 Electric E4 utilizes an internal combustion outboard engine of 150-hp for aquatic propulsion. High-torque brushless electric motors are used in its wheels. The buyers have the option to choose between two- or three-wheel-drive setups. A regenerative braking system helps the 48 volts 7 kWh lithium battery pack which is placed in the center and powers all the motors. An optional solar panel is also provided with the boat. When the outboard engine is used, a step-up charger draws power from it. 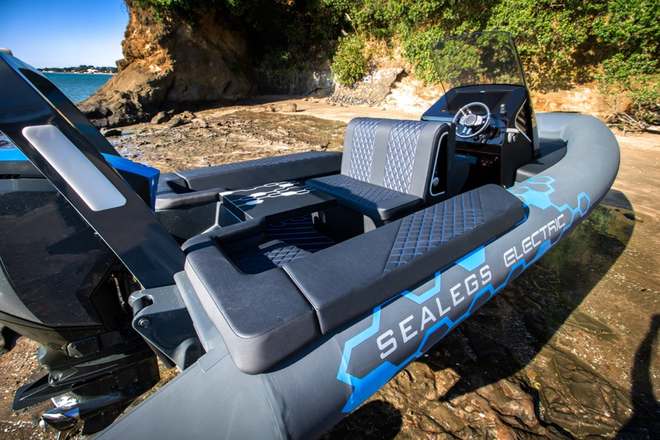 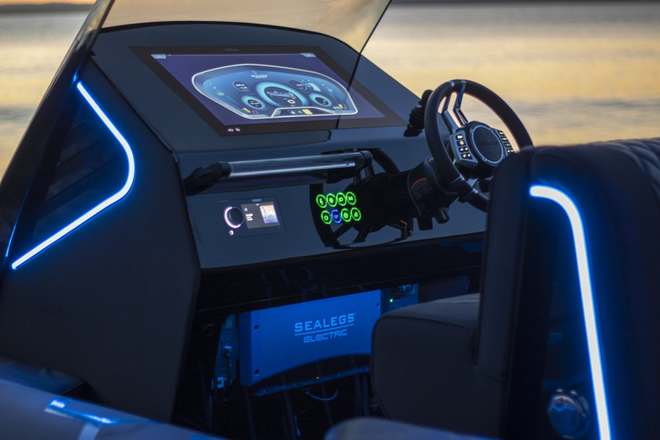 The top speed of the craft is 74 km/h (40 knots or 46 mph) on water and can reach up to 10 km/h (6mph) on land. It includes a 24-inches touchscreen control/information panel and a push button for wheel deployment and retraction. It provides a seating capacity of up to eight people, and a sun lounger is located in the bow.

Currently, the electric E4 is targeted at the high-end leisure market, but such new technologies are making their way into the more extensive offering by Sealegs.

This puzzle is ideal for travelers stuck waiting at an airport

ZipStitch adhesive bandage seals wounds without cutting through the skin