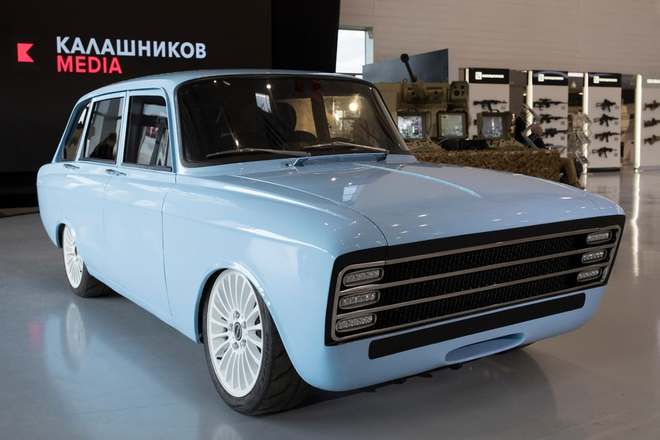 The Russian manufacturing firm Kalashnikov is well known for its notorious AK-47 assault rifle but is eager to show its no-one trick pony. The company’s latest retreat from the profession of weapon-making comes in the semblance of a retro-looking electric car. The technology inside of the retro-looking vehicle is claimed to be competent enough to rival a stateside competitor.

The baby blue boxy sedan was demonstrated before the media earlier this year at a Defence Expo near Moscow, joining many other unconventional prototype vehicles in the company’s portfolio, with an all-terrain electric police bike and a hoverbike. 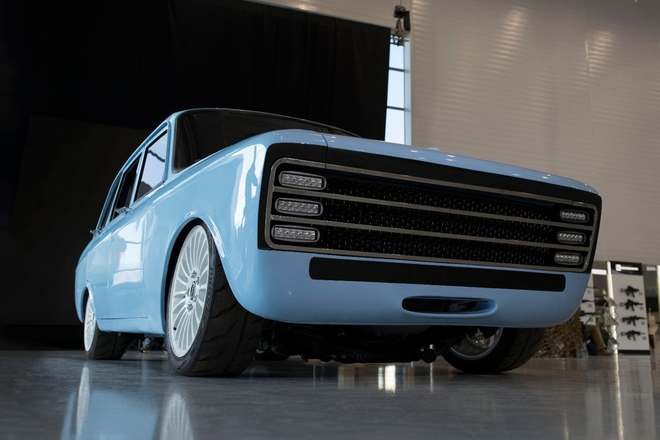 The appearance of the electric car made by Kalashnikov, known as CV-1, is inspired by a small Soviet vehicle, dubbed the Izh-Kombi, built for families in the 1970s. Though it looks a bit dated on the outside, according to the company, it is packed with some advanced tech on the inside. Its inverter is termed as “revolutionary.” 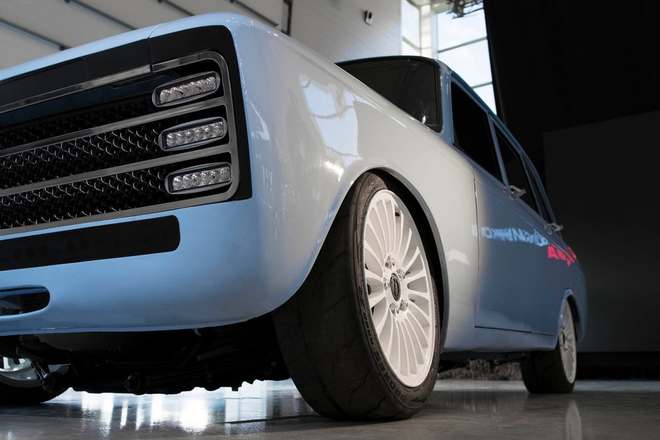 It is described as an electric supercar. The company asserts a fully developed and functional CV-1 will have a range of 350 km (217 miles) putting it in parallel to Tesla Model 3. There is a little information accessible on other characteristics of its performance or schemes for production, but the company is confident in saying that it can match it with the very best.

FOMO is a wearable camera disguised as an ordinary button…

This colourful children library has a secret hideaway 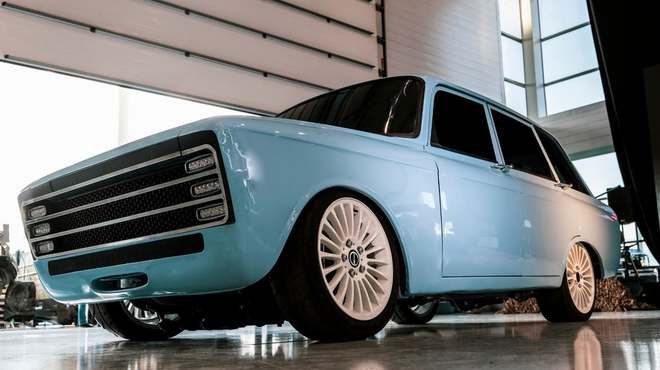 According to the Kalashnikov’s spokesperson, they are encouraged by the experience of global market leaders and that this new technology will let them stand as a competitor in the category of worldwide electric car manufacturers such as Tesla. 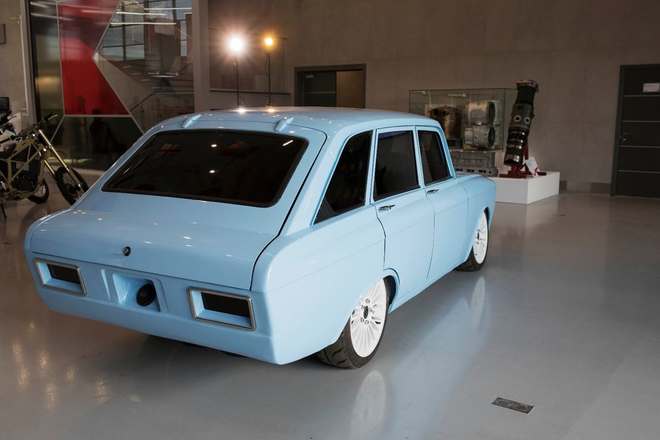 Over the past few years, Kalashnikov has been trying to expand their brand. The recently launched civilian merchandise ranging from mobile phone covers to umbrellas to lines of clothing. However, its incursion into the market of electric vehicles was met with mixed reactions from all over the world and specifically Russia.

All Images: Courtesy of Kalashnikov