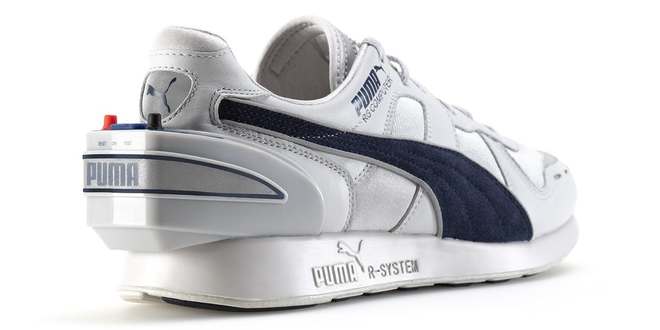 Almost three decades ago, Puma introduced its original RS-Computer running shoe, and since then, the computer hardware has changed quite a lot. Puma relaunched RS-Computer shoe that carries its unique retro aesthetic. The Bluetooth connection replaces the connector cable along with some other relevant upgrades to make the wearable ready for the internet age.

There was a time when the only way to keep track of your essential fitness metrics on Puma’s original RS-Computer shoe was through its chip that was built indiscreetly into the heel. In the digital age, there is no shortage of wearables that could be employed to do the job, but the question is will they bring the same credibility to the street as it was through the vintage-inspired shoes?

In the original version, a 16-pin cable needs to be plug into the heel of the sneaker at one end, and a Commodore 64 was to be placed at the other end. But the refreshed version can communicate multiple aspects via Bluetooth as distance travelled, calories spent and running time to iOS and Android phones. To relive its retro past, the data on the dedicated smartphone app will be presented through 8-bit graphics. It also features an 8-bit game. 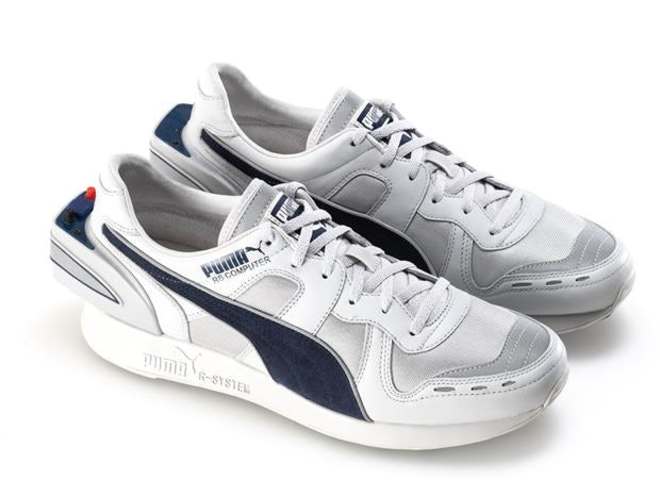 A three-axis accelerometer is also packed into the running boots to gather the key fitness metrics mentioned above. The rebooted version also offer onboard memory to store data for 30 days. A built-in battery powers the whole system and is rechargeable through USB.

Though the technology on the inside has been updated, the outside remains the same. The new RS-Computer shoes reserve the same Lunar Rock-Limestone-Peacot color, much like the originals. The new shoes will be produced in limited numbers, and to be precise, 86 in total. The sale will kick off at Puma stores in London, Berlin, and Tokyo, as well as online. 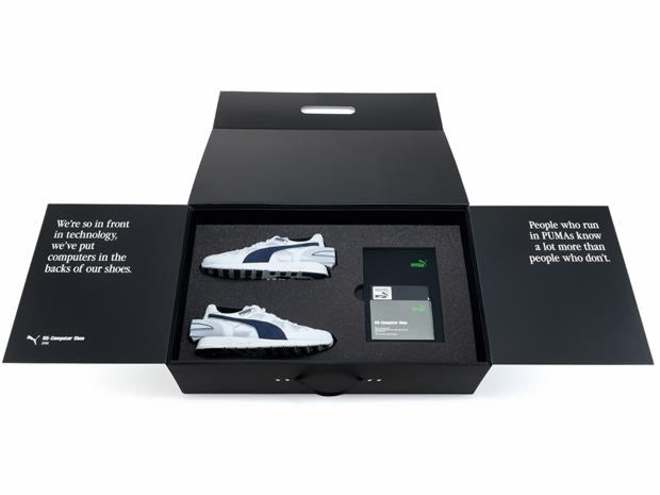