Stats reveal that the more Tom Cruise runs in his movies, the more success he gets 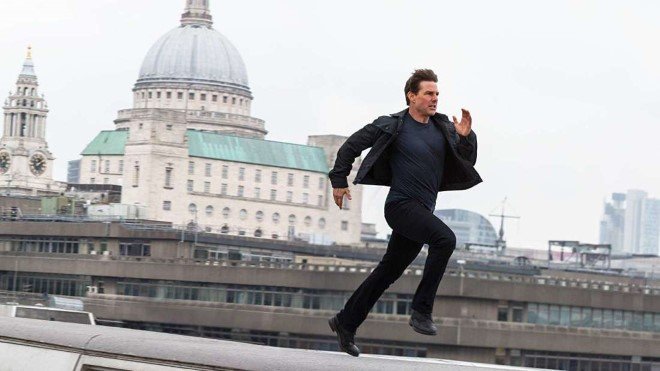 Apparently, the amount of time Tom Cruise spends running in his movies is directly proportional to how much his movies actually sell. Also, the more he runs, the better his movies are. Seems like an odd combination, isn’t it? However, we have the stats to prove it.

In light of Tom Cruise’s latest movie, Mission Impossible: Fallout, Rotten Tomatoes decided to put two and two together and calculated how much the man actually ran throughout his forty year long career. They also determined whether his running had any impact on the movies or whether it was all for nothing. Surprisingly, it had.

According to the math, Cruise has run over 24,000 feet on screen, and each step taken is worth more than gold. The data reveals that “movies featuring Cruise running more than 1,000 feet have a higher Tomatometer average (a huge 71 percent) than the movies in which he runs less than that, or not at all – and the same movies make more money at the box office, with an average inflated international gross of $538 million.”

If that wasn’t convincing enough, Rotten Tomatoes also found out that the 56-year-old runs more as he gets older. It’s as if he keeps getting younger! Let’s look at the facts now, shall we? The man ran 3,212 feet in Mission: Impossible III in 2006, which is similar to the number he ran in his twelve movies in the ‘80s.

Before we discuss anything else, let’s ask ourselves, how did Rotten Tomatoes even crunch up the numbers? According to them, the calculation was simple. They counted every running scene in seconds and assumed that Cruise averaged a six-minute mile (or 14.6 feet per second).

So according to that math, his top grossing movies are the ones in which he ran most in. The list is as follows:

This floating hotel in Japan will make you travel the…

This flipping ironing board will let you press your clothes…