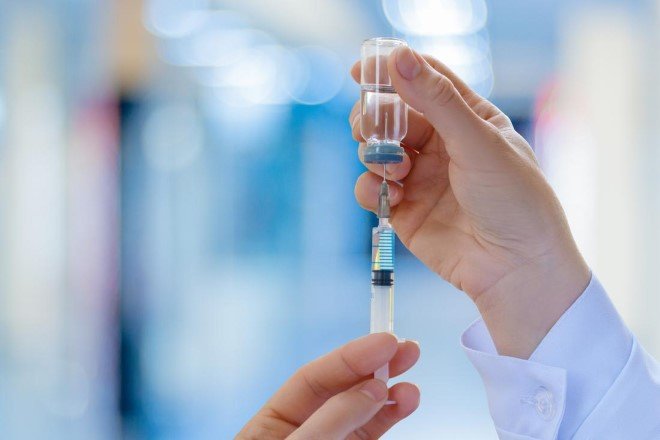 Approximately 12.7 million people all over the world are diagnosed with cancer and out of these 12.7 million, 7.6 million people die every year. Despite collective efforts, scientists still have not found a cure to cancer but this particular group of scientists at Stanford University claims to have created the world’s first ‘cancer vaccine’. During lab tests, this very antidote eliminated 97 percent of the tumors present in mice – the vaccine is currently under modifications to make it suitable for human testing. However, the scientists aim to test this vaccine on at least 35 people suffering from lymphoma before the end of this year.

This remedy is not exactly a vaccine, it can be understood as a type of immunotherapy which involves the injection of two chemicals into the tumor. These agents stimulate the production of T cells which in turn fight cancer. Even though many would want this treatment to be commercially available as soon as possible, this cancer vaccine is far from being ready. In order to measure the efficiency of this vaccine, 90 mice with different kinds of cancer such as breast cancer, colon cancer, and lymphoma were taken and injected. Out of the 90, 87 mice became tumor-free! Interestingly, the vaccine proved to be effective even when the cancer had spread to the other parts of the body.

Mojo Vision is developing smart contact lenses that use…

While stressing on the fact that it is too early to evaluate, Dr. Alice Police, Regional Director of Breast Surgery at Northwell Health Cancer Institute, said, “We’ve been able to cure a lot of cancers in mice for a long time.” She further said that the initial human tests will be conducted on lymphoma patients only, meaning that they won’t be able to determine whether the vaccine is effective for other kinds of cancer or not. However, scientists at Stanford are quite optimistic as they believe this treatment can be a better alternative to existing immunotherapies. Stanford Oncology Professor Ronald Levy said, “When we use these two agents together, we see the elimination of tumors all over the body. This approach bypasses the need to identify tumor-specific immune targets and doesn’t require wholesale activation of the immune system or customization of a patient’s immune cells.”