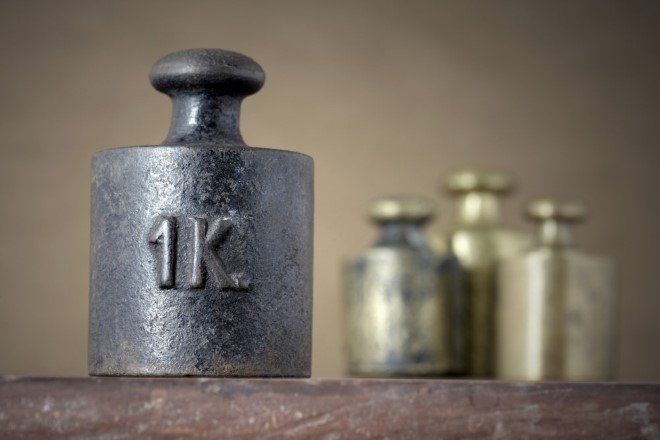 If there was one thing we’ve always been sure of, it was the definition of a kilogram. But recently scientists have decided to redefine the unit along with a few others. The upcoming change to the official meaning of a kilogram had been an ongoing debate for years. Now finally, scientists from all over the world are to vote on a decision in Paris.

The kilogram is the only unit of measurement that is defined on the basis of a basis of a physical structure. In a lump of metal in a vault in France, lies its true definition. Since 1879, this IPK, International Prototype of the Kilogram, had served as the official standard.

RECOMMENDED: This is what the painted numbers on the runway signify

Over the course of the last few decades, microscopic contaminants of the lump have been coming into view which means, they have to be taken into consideration when quantifying the mass to define the kilogram. All while keeping track of the regular cleaning of the metal artefact. To add to the confusion, 40 exact replicas of the IPK were made and distributed to various institutions around the world, but due to the shift in their masses at varying rates, all the artefacts are not in sync.

The General Conference on Weights and Measures plans to make matters easier to refocus the official definition based on something that is less prone to undergo change and can be measured regardless of time and location. The convention plans to apply this change to 3 other SI units along with the kilogram so that you wouldn’t need to pull out a metal lump from a vault every time you need to know exactly how much a kilogram weighs!

If the voting is a success, the kilogram will soon be defined based on the Planck constant. An instrument called the Kibble balance is used to calculate this. 1-kg of weight is suspended into midair using electromagnetic forces and the amount of energy needed to counterbalance the weight has been narrowed down to a degree of precision and accuracy after years and years of experimental evaluation.

This renovated penthouse will make you forget the original…

The other three SI units will also undergo similar change. The ampere, the unit of constant current, is going to be defined using elementary electrical charge. The Kelvin, which measures the thermodynamic temperature will be measured using the Boltzmann constant. And the amount of substance, denoted by the SI unit, mole, will be based on the Avogadro’s constant.

Although this minute change is going to have very little impact on the lives of the general public, the industrial, scientific and technological sectors are going to undergo variation and alteration in order to attain precision.

If the voting turns out to be positive, on 20th May 2019, which is observed as World Meteorology Day, the kilogram as we officially know it, will have taken up a whole new definition.

CONTINUE READING: Hackers once stole a casino’s sensitive data by a mere thermometer installed in the lobby fish tank