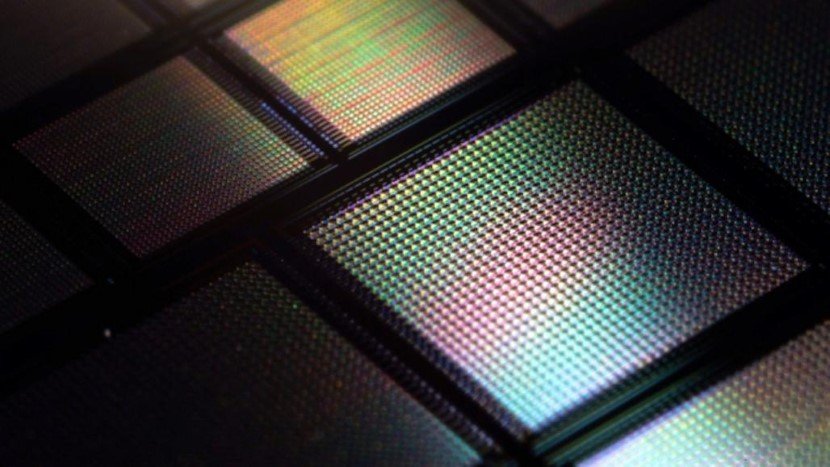 People in the 90s hoped and expected that by the year 2020, science and technology would revolutionize almost all elements of human life. Scientists did not let them down with the rigorous inventions equipped with high tech features being introduced to the public at an expeditious rate. One such invention has been accomplished by the engineers at MIT who have successfully designed a tiny chip called Memristor or as they like to call it the ‘brain-on-chip’ which acts like brain synapses.

Day by day everything is either getting an automatic feature or a job is completely performed by robots that looking and act like humans to a point where it gets scary. This could be a nightmare for people too invested in movies such as The Terminator or I, Robot yet for some these are the years to live for. Inventions like the Memristor really reflect on how rapidly the technology is being improved over the years and how it is advantageous for us.

Memristors are tiny chips that are smaller than the size of confetti, made out of silicon and have a cumulation of tens of thousands of tiny artificial brain synapses. The artificial synapses function similar to that of the human brain. Synapses in the human brain are the junctions between two neurons from which a chemical messenger passes along to reach the effector to carry out a certain task let it be a signal to move a limb or to blink the eye.

According to the researchers at MIT, the memristors not only work quite like the brain synapses but are also based on same concepts of the transistors in electrical circuits. A transistor works by transferring signals in the form of binary numbers i.e. 0s and 1s, telling the machine whether to switch off or on a device respectively. Transistors, however, work at a steady current strength which dictates whether the signal would be 0 or 1 but the memristors work with the gradient of signal, much like that of a synapse.

A synapse works by the amount of chemical message being received at the junction and the action performed accordingly. The benefit of the neuromorphic devices with the memristors is the wide range of functionalities that it has to offer. Since the messages sent by the memristors work on a gradient, a slight change in it could mean a specific function that speaks volumes.

Not only do the memristors offer a wider range of commands but it also can remember a certain action linking to a specific gradient of a message i.e. the current that is being delivered. The memristors will produce the same signal to a specific level of current as it once did and had stored it in its memory. With this ability, the memristors can immediately provide answers to complex equations and problems which can take many transistors and capacitors to work out, and that too in a longer duration.

A quicker answer to a problem should also have a steady and more efficient functionality as well as clearer visual information. As the memristors are more capable to solve complex problems than several transistors and capacitors combined, they are sure to reduce the real estate and puzzle out problems made for supercomputers but without the internet.

The memristors were tested via numerous trials and proved the test of time by presenting images that were stored in their memory much like how a brain ‘remembers’ moments. The researchers employed alloys of copper and silver with silicon. Utilizing the rules of metallurgy, the researchers at MIT were able to come up with memristors that exhibited better quality imaging and also proved to be better at retaining ‘memories’ or images than the memristors designed with unalloyed metals.

According to Jeehwan Kim, Associate Professor of Mechanical Engineering at MIT, “So far, artificial synapse networks exist as software. We’re trying to build real neural network hardware for portable artificial intelligence systems,” He adds, “Imagine connecting a neuromorphic device to a camera on your car, and having it recognize lights and objects and make a decision immediately, without having to connect to the internet. We hope to use energy-efficient memristors to do those tasks on-site, in real-time.”

After successful testing, the results were published in The Nature Nanotechnology on June 8th. The memristors were designed for neuromorphic devices. Since these memristors tend to imitate the working of the brain’s neuromorphic network, they can perform complex processes in the devices they will be installed in. They will be able to work on problems that currently, only supercomputers can carry out.

Their compact size makes them stand out as an invention, in ways, that they can be incorporated in any electronic device. They can carry out tasks that man can only dream of without the aid of the internet or supercomputers as of now. They can perform multiple tasks at an astonishing pace which is safe to say will revolutionize the world of technology.

Working of the memristors

Talking about the detailed working process of memristors currently in use we observe that two electrodes are being used. Positive and Negative electrodes are submerged in an electrolytic solution separated by the ‘switching medium’. When a current passes through one of the electrodes the ions move from that electrode to the other creating a ‘conduction channel’ between them, just like how it works in human brain synapses.

The signal transduced from the ions reaching the electrodes is responsible for the signal generated and passed along the circuit. When the ions reach their respective electrode they produce a voltage which is responsible for the signal to be delivered. But to generate such a great amount of voltage a larger ion channel is required. That is why new memristors are being created and they are designed in a way that they have a thinner switching medium that ensures a light flow of ions towards their respective electrodes and resulting in a more subtle voltage production.

Drawbacks of the older design

According to Kim, devices where a large signal is required for the proper functioning of a circuit, the existing memristors work like a charm with a large conduction channel and a large voltage tolerance with the number of ions reaching both electrodes. But since the new technologies require a smaller voltage production because they have to handle delicate tasks, the existing memristors just would not do.

Because with a light flow of ions, there is the risk of the ions losing their bond with each other and drifting off in the medium and not being able to submit the voltage of the same strength as required. The electrodes are not able to receive the right majority of the ions to transmit the signal which leads to complications in the entire circuit.

To overcome the issue that arose with the new design of the memristors, the researchers worked with the concepts of metallurgy forming the right alloys that were required for the proper functioning of the memristors with no limitations. According to Kim, “Traditionally, metallurgists try to add different atoms into a bulk matrix to strengthen materials, and we thought, why not tweak the atomic interactions in our memristor, and add some alloying element to control the movement of ions in our medium,”

The researchers toyed around with different properties of elements to locate the one that could run perfectly with silver and hold the ions together as they swiftly move through the switching medium to the electrode. Silver is commonly used by researchers as a positive electrode hence they needed to locate an element that complimented the properties of it and they chose copper to be an appropriate element to work with. The next step was alloying copper, silver, and silicon to harvest the desired properties of the memristor.

The researchers needed two electrodes with the right properties for the functioning of memristor and they chose to alloy copper and silver together as a result. They chose silicon to stand as a negative electrode while they adjusted the copper electrode layered with silver as the complimentary positive one, “It acts as a sort of bridge, and stabilizes the silver-silicon interface,” Kim says. We submerged the two electrodes in a medium of amorphous silicon and found themselves a ‘patterned a millimeter-square silicon chip with tens of thousands of memristors’

According to the MIT News, the first trial of the new memristor involved the recreation of a greyscale image of Captain America’s shield because why not start with a superhero? They linked each pixel of the shield with a specific memristor chip and processed the voltage obtained from every memristor. The varying voltages of different memristors signified the contrasts and shades needed from the image. The fascination does not stop there; the memristor was able to remember the image of the shield from the voltage acquired from the signaling of the ions on its electrodes and then replicate the image many times over.

“We’re using artificial brain synapses to do real inference tests,” Kim says. “We would like to develop this technology further to have larger-scale arrays to do image recognition tasks. And someday, you might be able to carry around artificial brains to do these kinds of tasks, without connecting to supercomputers, the internet, or the cloud.”

The team of researchers also played around with other abilities of the memristors to see the extent of this new invention and found them being able to alter the images produced. They used the picture of MIT’s Killian Court and put it to image processing tasks and programmed the memristors to perform actions such as blurring, sharpening, and focusing the image. They found the image to still be more appealing than the ones produced by the old memristors.