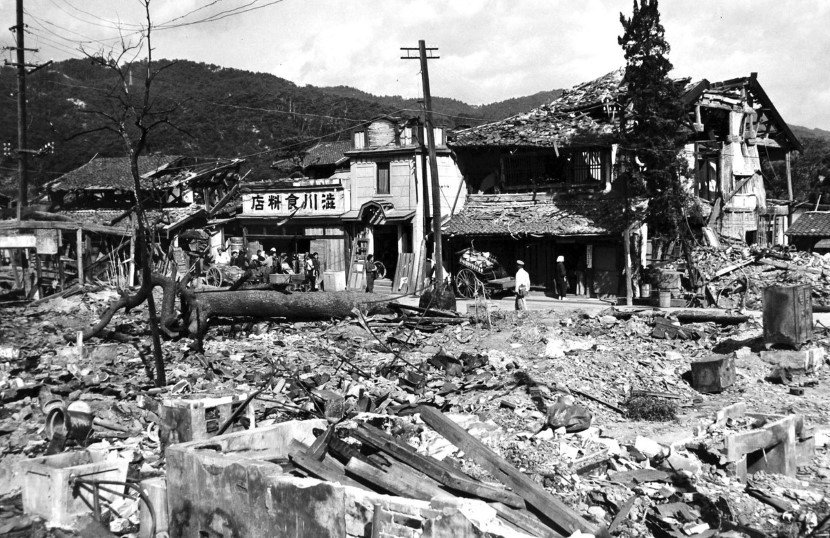 There is no doubt in believing that 2020 has been the worst year so far due to the coronavirus and just when we thought it could not get any worse, North Korea set off a warning about testing an H-bomb i-e. a Hydrogen bomb. They also announced a detonation of one already. A hydrogen bomb has never been used in any wars or battles but according to specialists, it is deadlier than any other already-in-use atomic bombs. To further add to this, an H-bomb has the tendency to wipe out cities, destroying people, land, animals and everything that comes its way, at a much higher rate. According to CBS News, North Korea’s Foreign Minister, Ri Yong Ho, talked to the reporters during a gathering of the United Nations General Assembly in New York City and shared his thoughts as: “I think that it could be an H-bomb test at an unprecedented level, perhaps over the Pacific,” and added that, “it is up to our leader.”

The explosion was indeed much greater than any that had ever been carried out before. According to the US Geological Survey, an explosion of the magnitude of 6.3 was experienced and shock waves spread across 130 stations and went as far as Argentina.

Foundation of an H-Bomb

The first hydrogen bomb can be traced back to November, 1952 when the United States yielded an explosion of 10,000 kilo-tons of TNT and the result was quite similar to an atomic bomb explosion. However, unlike the atomic bomb, it did not save any explosive material during the explosion. There was an additional step introduced that took the explosion to the next level and the chain reaction got even more extensive.

We all know when the US military dropped two bombs on the cities of Hiroshima and Nagasaki of Japan in 1945, almost near the end of the World War 2. The atomic bomb caused mass destruction, effects of which are sometimes still seen. According to the Union of Concerned Scientists, ‘the bombs dropped on Hiroshima and Nagasaki exploded with the yield of 15 kilo-tons and 20 kilo-tons of TNT, respectively’. 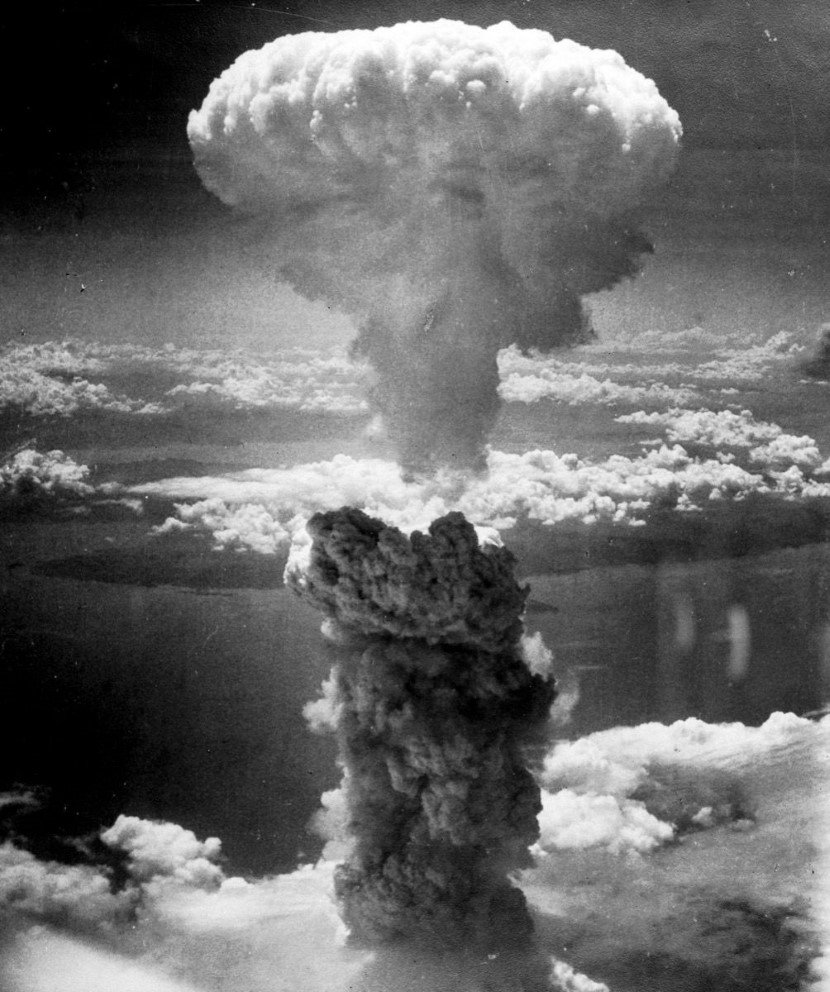 After that, the US detonated hydrogen bombs in Bikini Atoll on the Marshall Islands, in 1954. A bomb went off as part of the test and it was named as “Castle Bravo”. The explosion was said to be 1,000 times stronger than the atomic bomb dropped at Hiroshima. Castle Bravo yielded 15 mega-tons (15 million tons) of TNT and is recorded as the strongest bomb to have ever been detonated by the US Atomic Heritage notes. However, “Tsar Bomba” which was detonated by the Soviet Union in 1961 was the largest ever hydrogen bomb to be denoted, yielding 50 mega-tons of TNT.

Contrast of an Atomic and a Hydrogen bomb

The atomic bomb is known to work by the splitting up of the nucleus of the atom into pieces i-e. fission reaction. When the nucleus or any neutral particle splits, it releases a large amount of energy. This, in turn, splits the nucleus of the neighboring atom, initiating a chain reaction which releases energy with a huge magnitude. As a result of this energy, the explosion is huge and manages to not just wipe out cities but all living creatures inhabiting the surrounding areas as well. This is where the difference lies; in the hydrogen bombs there is a ‘fusion’ of the nucleus, i-e. two separate atoms are put together rather than splitting apart, which is known to generate more energy. Eric Norman who teaches Nuclear Engineering to UC Berkeley says, “The way the hydrogen bomb works, it’s really a combination of fission and fusion together”.

To further explain the amount of destruction one of the reactions can cause, let’s dig into another historical disaster. We all remember the Chernobyl incident that took place in 1986 which occured as a result of a nuclear fission reaction. The amount of destruction it caused is still recognized as the most unexpected and huge, leaving its after-effects till date. Hence, one can take an idea from the examples as to how much of the tendency would a fusion reaction have then?

Both bombs have the tendency to wipe out millions in seconds. Wood burns at the speed of light, people’s bodies squeeze to the maximum, rupturing their internal organs, roads and buildings collapse and get destroyed drastically. In an article published in the Life magazine on 11th March 1946, the aftermath of the atomic bomb explosion was described as, “In the following waves [after the initial blast], people’s bodies were terribly squeezed, and then their internal organs ruptured. Then the blast blew the broken bodies at 500 to 1,000 miles per hour through the flaming, rubble-filled air. Practically, everybody within a radius of 6,500 feet was killed or seriously injured and all buildings crushed or disemboweled.”

Working of an H-bomb bomb

The name of the bomb comes from the atoms involved in the reaction; tritium, and deuterium which are the isotopes of hydrogen. The process of the reaction involves the primary nucleus to set off a fusion reaction and the energy released due to the fusion of the nucleus is 3-4 times greater than the fission of the nuclei. The most dangerous factor of this bomb is the fact that during an explosion, it utilizes all of the hydrogen presents, unlike the atomic bomb. The bomb can be made as deadly as one wishes by just increasing the amount of hydrogen present.

In January 2016, North Korea let the world in on its nuclear bomb development when it announced the assembly of a miniature H-bomb. The news caught the world by a storm as experts believed the bomb to be much smaller than any atomic bomb they had ever come across. It was alarming due to the fact that the country was then capable of installing the bomb anywhere they found decisive enough. It could also be attached to the ends of a plane they took down.

In the latest news, North Korea posted pictures of President Kim Jong Un, inspecting a large metallic unit that resembles a large peanut. The agency responsible for making nuclear weapons in North Korea issued a statement declaring, ‘H-bomb to be placed at the payload of the ICBM’ which resonated with the fear of  the expert analysts’ beliefs. They assessed that the new H-bomb could easily fit into the nose cone of the Intercontinental Ballistic Missile (ICBM).

Cause of the alarm as a result of an H-bomb?

Experts have still not given a final word as to whether the explosions detonated in North Korea were in fact due to an H-bomb or not. However, analysis is already underway to determine the possibility. Sniffer stations around the world are trying to detect the pollution caused by the explosions in order to figure out the exact nature of the explosion. These monitors work by tracing an isotope called xenon, particularly known to be a constituent of an H-bomb.

Analysis according to Nosar of the Norweigan Geo-science Research Foundation stated that the explosion that took place was much greater than the H-bomb explosion by North Korea in September 2016. Till now, the estimated explosive yield is about 20 kilo-tons TNT compared to about 20 kilo-tons of TNT of the previous explosion. “North Korea claims that this was a test of a hydrogen bomb; the same claim was made for previous tests,” Norsar said. “It is not possible from the seismic data alone to determine if this was a test of a hydrogen bomb, but we can say in general that the credibility of the claim increases with increasing explosive yield.”

Analysts believe that this is the President of North Korea’s way of alerting other nations not to trigger them. In a press note, Anwita Basu, North Korea’s analyst at the Economist Intelligence Unit said, “The risk of a full-blown war in the Korean peninsula has risen. However, we still think that the North will not intentionally start a war”.

The Comprehensive Test Ban Treaty (CTBT) was signed in 1996 by 186 signatories and governments around the world to use global monitoring systems to ensure that the countries involved in the treaty comply with the terms of the treaty. However, it is not of sheer force as the superpower, the US, did not ratify it. This led nations including Pakistan, India and North Korea to test out nuclear weapons. According to the treaty, a system of seismic monitoring is put into place that is able to detect the difference between an earthquake and an explosion. The CTBT International Monitoring systems also have technologies that are able to detect infrared sounds from explosions. There are about 80 radio-nuclide monitoring systems around the world that monitor these sounds in case of an atomic explosion.

Hybrid Cars, How They Work? And The Best Hybrid Cars of 2020!

How to recover deleted files? Let’s answer this question