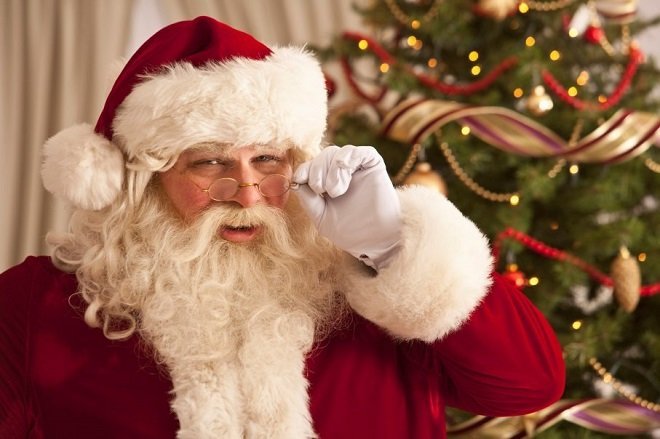 An international study, known as “Santa survey” was conducted from the University of Exeter. The study aimed to investigate how the children begin to change their minds about the existence of Santa Claus and at what age they do that. The research also focused on the more important aspect that when the child discovers that Santa isn’t real, does it threaten the child’s trust in adults?

So far, more than 1200 responses have been collected by the Exeter Santa Survey. Chris Boyle, the psychologist, is keen to get more responses to analyze the data and publish the results this year. The study also examines the beliefs vary across the world about Santa Claus, but the focus is particularly to understand the kind of impact it has on children when they learn that the Santa Claus, a jolly gift-giving icon does not even exist.

According to the early results, the early age is eight when the children stop believing in Santa Claus. This result does follow the prior research that also found the average age according to most adults when they remember stopping believing in Santa was between eight and nine. Interestingly, when the researchers interviewed the children directly, they tend to discover that their belief in Santa is changed at a much younger age. Jacqueline Wooley, who is a psychologist from the University of Texas, found that belief peaks at the age of five years for the children and tapers off significantly by eight or nine years of age.

The new Exeter Santa Survey also sync up with the similar finding and suggests that sixty-five (65) percent of the respondents knew that it is not true, but they played along with the Santa myth as children. The more exciting thing identified in the survey is why and how the children started to question the reality, as Boyle says that it is fascinating to hear how they started to believe he is fictional. For some children, it was because of deliberate or accidental actions of parents, but some of the children figured out themselves by joining the pieces as they became older.

Some of the children found about the reality of Santa Claus after their parents fail to hide the truth behind the hidden presents discovered before Christmas, some saw the price tags on the gifts pointing towards the local shops, and some children figure it all out on their own as they learn more about physics, math, travel and other relevant subjects.

Mastering Borders In Google Docs With These 4 Methods

The survey suggests that a third of the respondents were upset when they discovered that Santa isn’t real and it affected their trust negatively in adults. But the study also confirms that around seventy (70) percent of the respondents are happy to continue the ruse with their children.

It is also good in a way that a child must learn that there are some things in life that are not true and they must seek the knowledge to justify things.

The Exeter Santa Survey is ongoing and open for new respondents.

Architects make the brick façade look like a flowing fabric