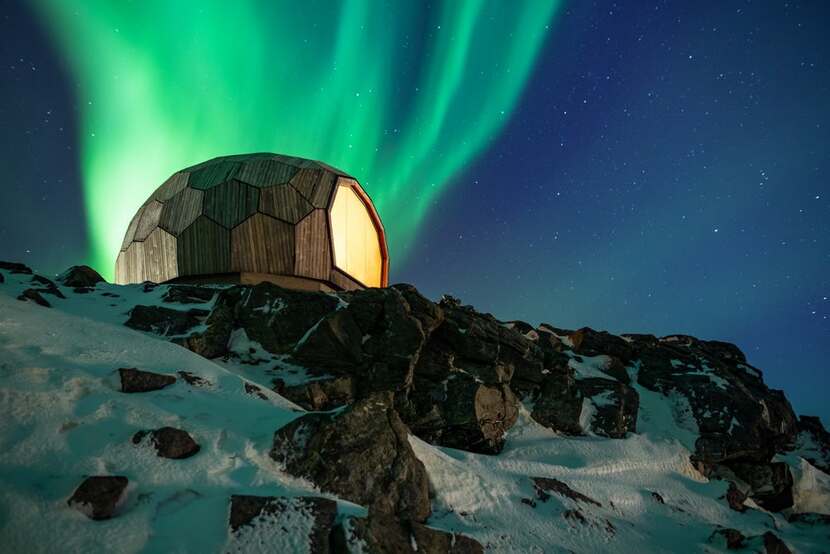 It is quite troublesome when someone is caught out in extreme weather conditions while commuting. But then it seems to be a more pressing concern when it comes to the exploration of the Arctic Circle at north, where there is an utmost need of a safe refuge that can stand against such extreme weather. Therefore to cater the requirement of providing the hikers a shelter for protection and a resting place to enjoy the views as well, Spinn Arkitekter and Format Engineers were hired to design and build the facility in Norway that can survive through nature’s worst. 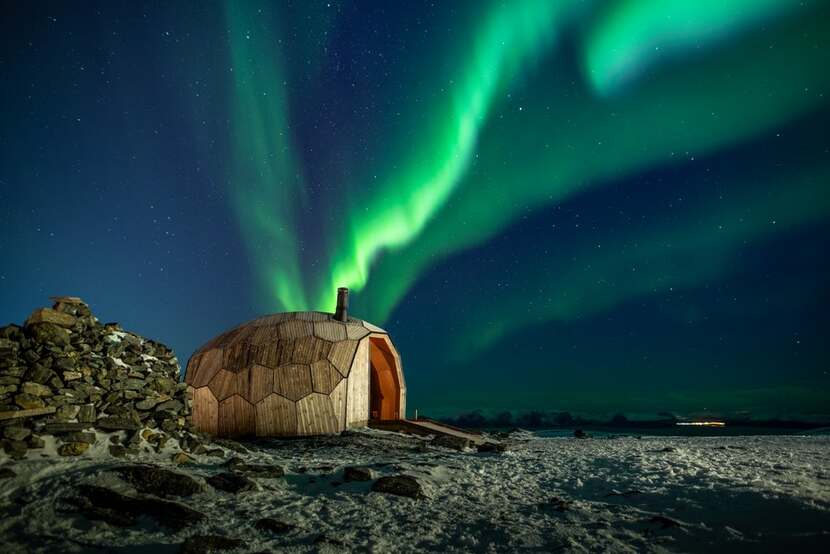 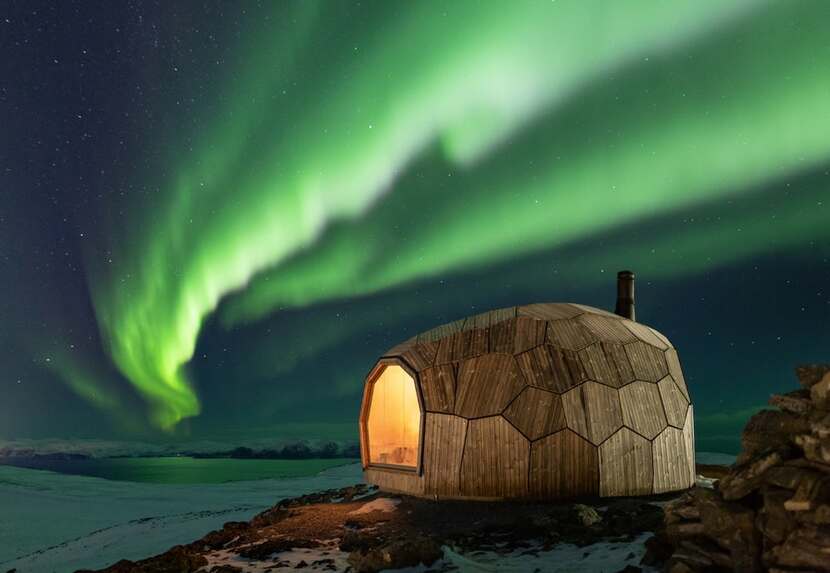 The project that carried out was named as, The Hammerfest Hiking Cabins. The plan generally comprised of two cabins, one of which has already been completed and the other one is under construction. The overall budget cost of the project went around €100,000 (US$113,000) per cabin, primarily commissioned by the Trekking Association of Norway. The project went well over its proposed budget highlighting the fact that it wasn’t all that easy. 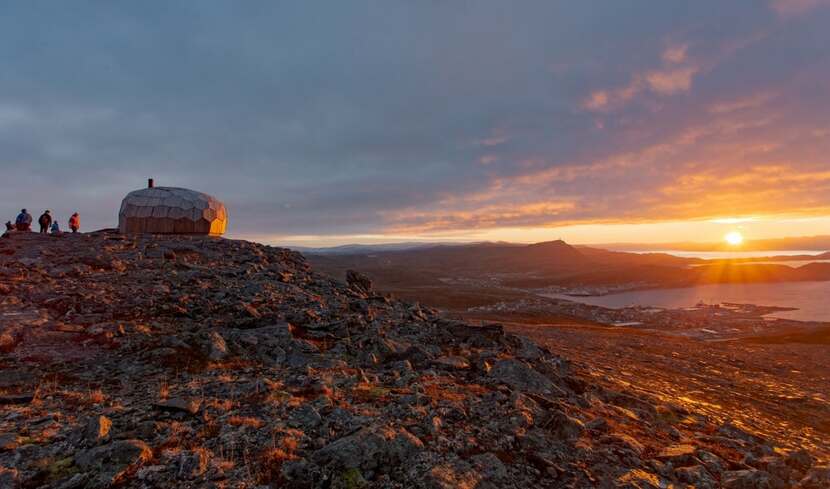 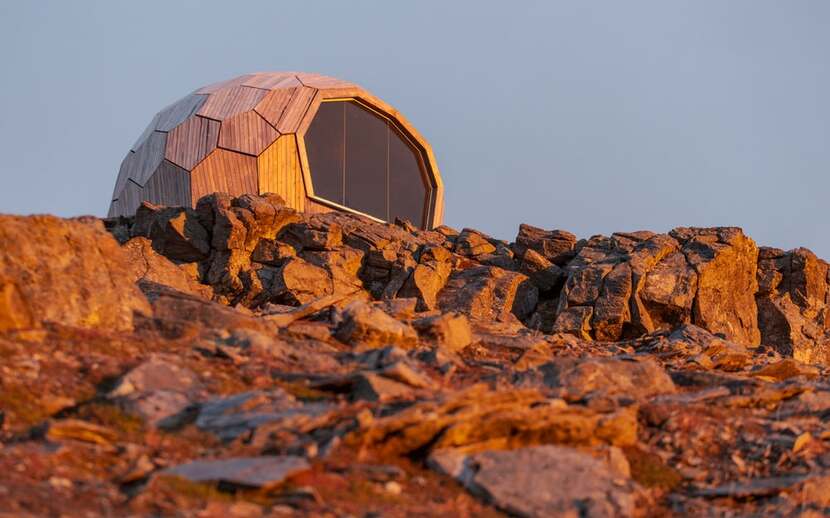 “The initial design proposal given by the designers Spinn and Format was unique and was not up to the mark of what client wanted, so definitely this proposal demanded a higher cost of budget, still the designers were quite hopeful to figure out the best possible design solutions for the execution of the project,” reported by a news release. For the real execution of a project, visualization and animation were used as two essential tools for online fundraising. As a consequence, lots of local construction companies voluntarily offered materials and services to advertise themselves. Also, a well-known company labeled as Kebony contributed their services for the cladding of exterior facade. 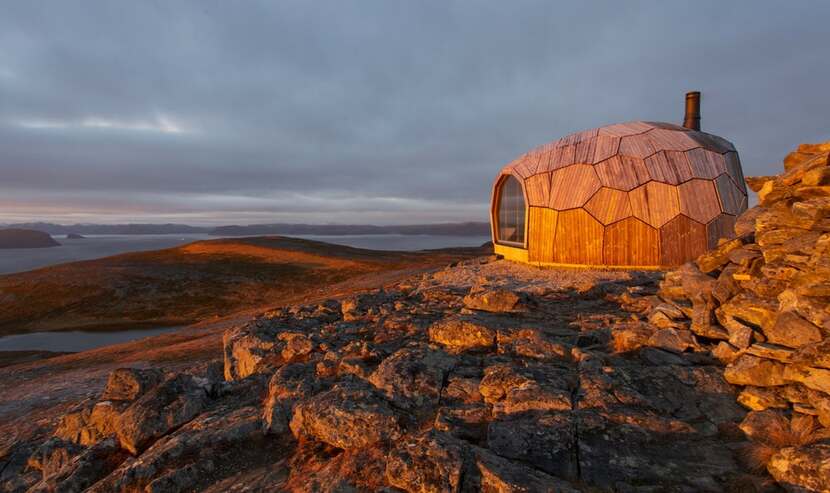 Go off-grid without scarificing the comfort of home with…

An elliptical structural form was opted for the design as it perfectly follows the topography of the site and its neighborhood. An experiment was also conducted by creating various 3D-printed schematics or modules to make sure about its resistance against the extreme weather conditions. The form must be inspired from an igloo structure that can withstand the considerable weight of pounds of snow over it. 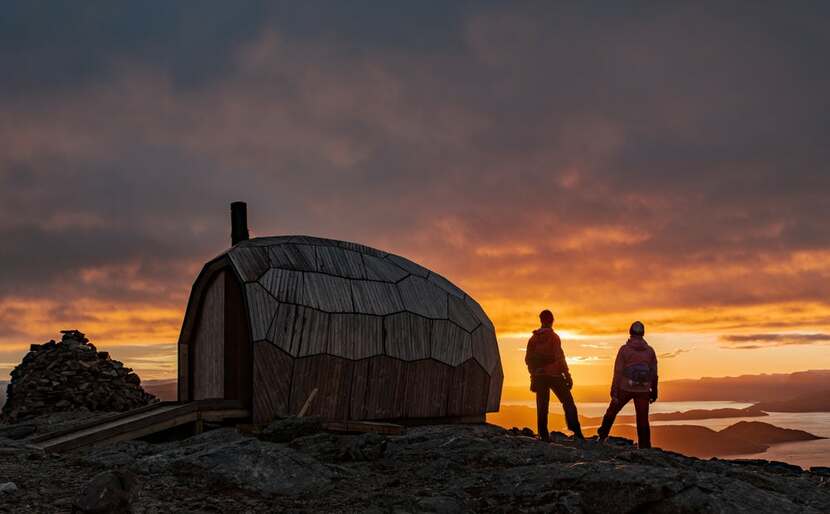 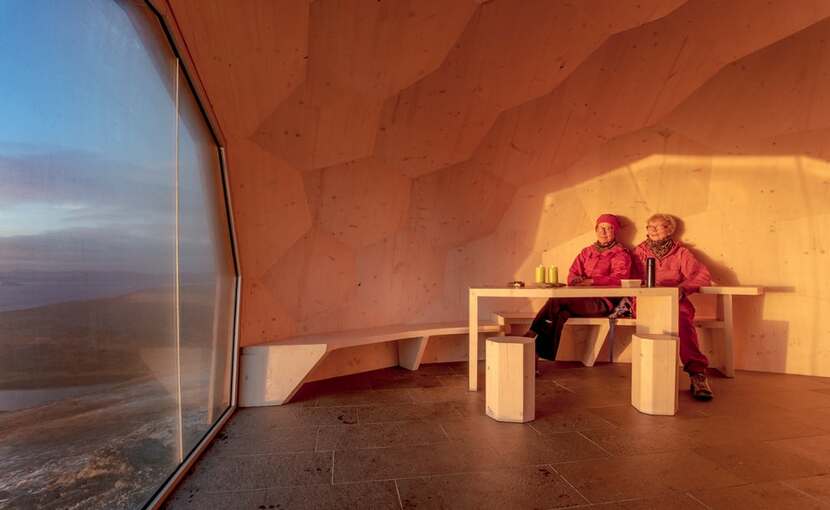 To save money, the construction of the cabin was carried out by local people instead of skilled labor. The volunteers took around overtime period of 1500 hours in a warehouse for carrying out its construction. The module was then laid open to an artificially created extreme conditioned environment for testing. After much experimentation, it was then transported to its site by a truck carrier. The structural components used for its construction are cross-laminated timber (CLT) panels which are vernacular. Along with bitumen waterproofing coating, 77 panels of treated softwood that are sustainably-sourced were used for an outer cladding. 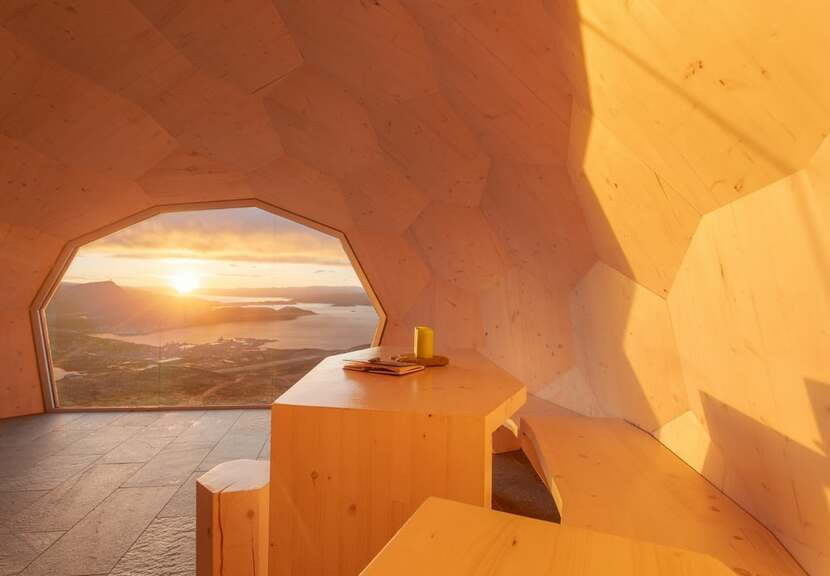 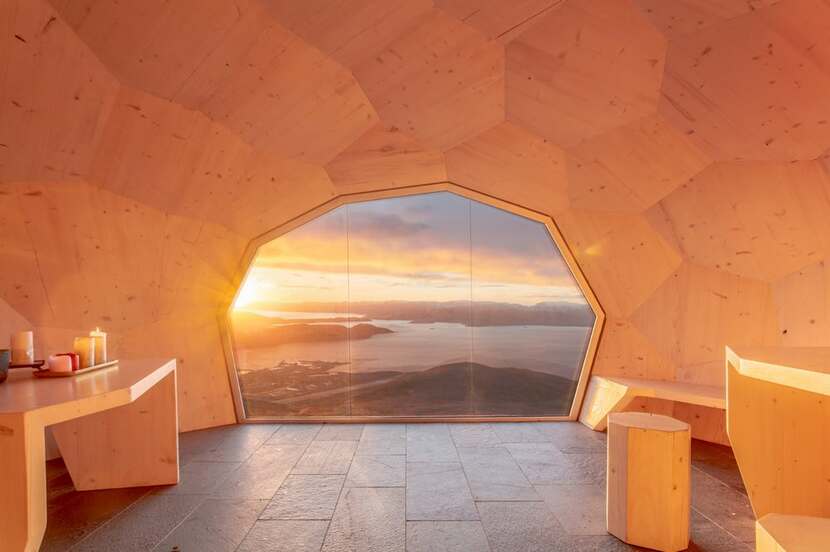 The floor area of interior of the cabin measures 15 sqm, i.e., (161 sq ft) and the design of the interior is straightforward and modest. The interior furniture consists of some important fixtures that include a burning stove made in wood, chairs for seating purposes and tables, centrally placed in front of a large window opening for clear vistas of the town. The other cabin will be completed in 2019 and probably will be mounted near the first cabin. 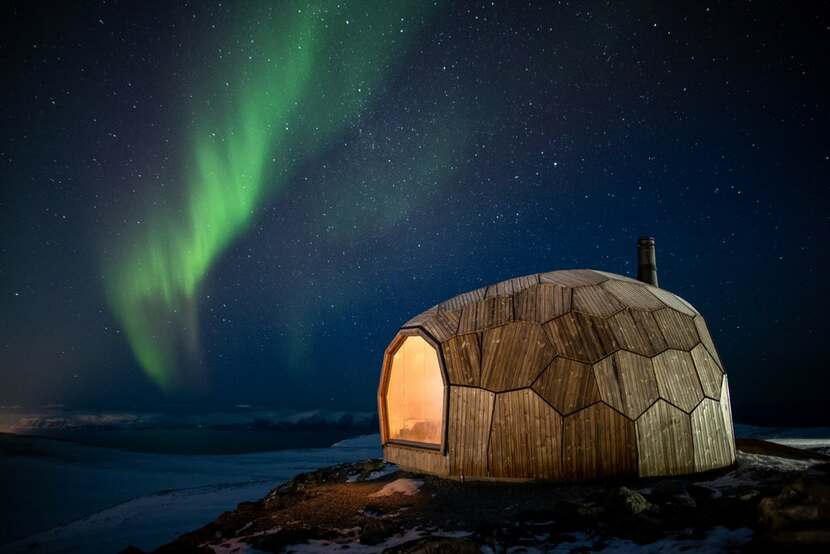 All Images: © Tor Even Mathisen

This concrete home is a contemporary Greek fantasy come true