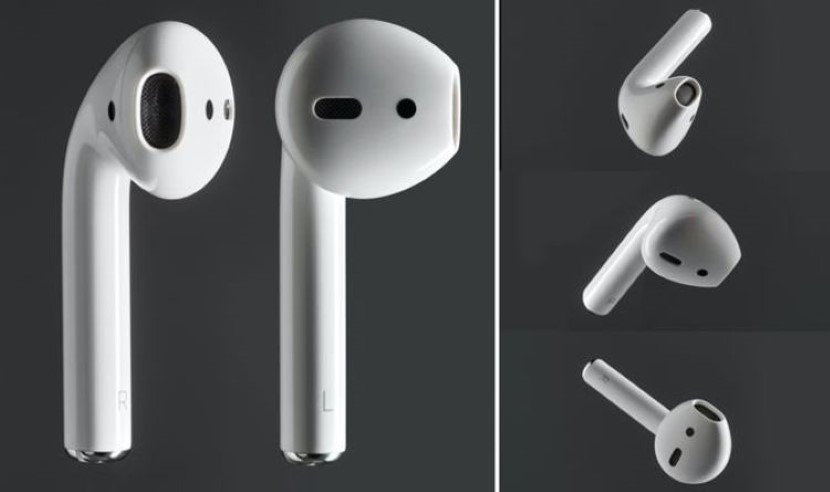 Apple makes considerable progress maneuvering their latest gadgets and provide unique software year after year. While some decisions by the company have been questioned by the customers as being a step backward such as the Airpods itself. While the company thought ‘wireless is good’ the reality is ‘wireless tiny gadgets, easily lost’. It is reported that Apple is set to release Airpods 3 in the next couple of years.

Airpods 3 could work as a diagnostic health equipment

Despite the major customer response being a justified question mark, the loyal Apple users, however, have no disregard for the company’s decision. And with the company’s newest update with respect to their Airpods 3, it is something that might dwell everyone in favor of them. The Airpods 3 could work as a piece of diagnostic health equipment fitted with sensors to identify any abnormal health conditions. Prior to the Airpods, Apple has its smartwatch that lets the user enroll in three distinct health studies and the Fitbit now lets you share your heart conditions to the COVID-19 research.

How would the Airpods 3 monitoring work?

According to DigiTimes, the new Airpods 3 will have the ambient light sensors fitted within. These light sensors would function as a health tracker which might come in handy when a person is out on a jog, a workout, or runs out of his phone battery. “Apple is expected to incorporate ambient light sensors (ALS) in next-generation ‌AirPods‌ devices in the coming 1-2 years, and Taiwan’s ASE Technology may handle the backend process for the new component. As it has moved to purchase more packaging machines, according to industry sources”.

According to DigiTimes, “ASE Technology is poised to apply its SESUB (Semiconductor Embedded in the Substrate)-based SiP packaging technology to next-generation TWS (True Wireless Stereo) earphones to be rolled out by Apple, after being contracted to handle high-end mmWave AiP (Antenna in the Package) process for 5G iPhones and tablets, according to industry sources.”

What would the Airpods 3 track and monitor?

Airpods 3 will be capable of biometric measurement such as tracking the heart rate as well as the level of oxygen. According to the University of Yale, it will prove to be an excellent purchase especially during the times of this COVID-19 as shortness of breath is one of the symptoms of the disease and it is always a good thing to catch the onset as early as possible.

It will also be capable of checking for chronic obstructive pulmonary disease (COPD), lung cancer, asthma, heart failure, and even pneumonia. They further talked about the tendencies of the Air Pods 3 as, “ASE has combined SiP with embedded AI design for TWS gears, allowing the devices to monitor heart rates, step counts and health conditions and even to conduct intelligent translation and detect head motions”, the sources added.

Research on the matter

The Scripps Research Institute and Stanford Medicine are continuing with their research by calculating data from wearable equipment and trying to detect the changes in people’s health as an early indication of COVID-19. So if these Air Pods 3 do become a reality, it can greatly aid in the process of this research. Even if it is false news.

Apple is sure to upgrade its smartwatch to detect and monitor more health factors and report conditions to the necessary platforms. For people who would still like to contribute to the research being held at The Scripps Research Institute, they only have to download the MyDataHelps app, enroll in DETECT and connect it to their Fitbit account. The study also provides a summary of your health results every month.

The Standford Innovation Lab is also conducting similar researches and to be a part of that, one only has to visit here, scroll to the Wearables Data Study section, and click ‘Enroll’. Complete the registration. An email will follow with further instructions.

MacRumors have another theory to the entire situation which is an on-ear pulse oximeter.  A pulse oximeter is a device that a doctor puts on a patient’s finger to track the saturation of oxygen carried by his blood cells. The device works by shedding a red light on a part of the patient’s skin, presumably the finger, and the light which is reflected is used to measure the saturation of oxygen in percentages. According to Popular Mechanics, these are useful in monitoring certain conditions that impact how well blood is pumped through the body.

There has been no word on the design of the Air Pods 3 as of now. There is still speculation on how the company is planning to fit the ambient light sensors in the tiny Air Pods. Some experts believe that it is best if they kept the same design as of AirPods Pro as they sit perfectly in the ear. Apple is already in the field of marketing wearable health trackers and with the ongoing pandemic situation, it only intensifies its research for better equipment keeping the user’s health in check. The Powerbeats pro is sportswear that functions similarly to Freewavz’s true wireless earphones which already features integrated pulse oximeters.

Ambiguities to the claims and what to look for

Digitimes is considerably a reliable source but has a speculated history when it comes to decoding messages from Apple; however, this update seems promising and quite sensible considering the ongoing pandemic. The accuracy to DigiTimes updates is a bit shattered as they did already announce that Apple is to introduce Air Pods with health monitoring system but that was not the case but according to the company they have ties with an Asian supply chain who have informed that they have prototypes from Apple of the said device, arbitrarily leading to the fact that the company most likely held back the device from marketing and saved it for the future.