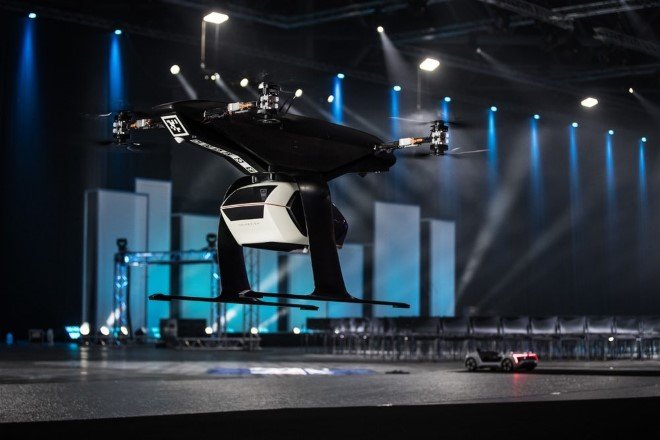 Audi’s ambitious concept ‘Pop.Up’ is an all-electric flying car dreamt up in collaboration with Airbus and its subsidiary Italdesign to seek a forward-thinking one transport solution. The concept of combining a pair of yet-to-exist vehicles first appeared in 2017 at the Geneva Motor Show and then also at the 2018 edition. A full-sized prototype of the scale 1:4 was displayed to the attendees with a large quadcopter hovering over two-seater vehicle. 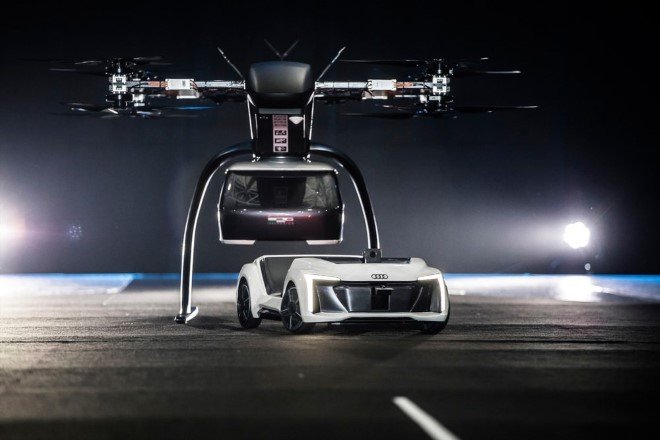 The concept comprises of three separate components. The first component is an 80-hp (60-kW) electric sled that attaches to passenger cabin to form a self-driving car of zero-emission. If the passengers get stuck due to traffic congestion, then using the Pop.Up Next app passengers can fly one of the air modules of the system to pull them out of the traffic and fly them to their destination. 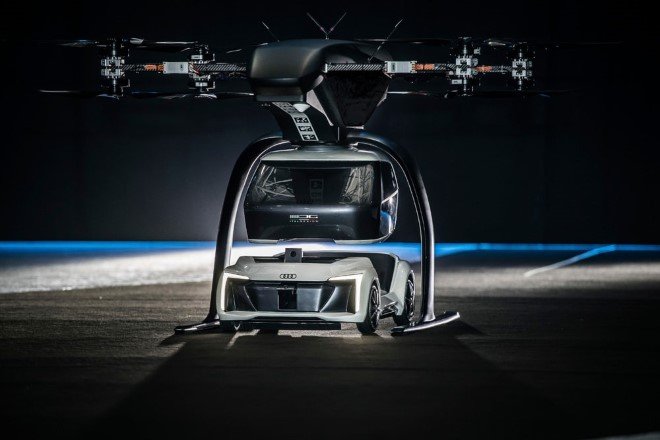 The quadcopter would take-off from a nearby charging station, hovers over the vehicle and latch onto the roof of the vehicle. The passenger cabin would detach itself from the electric sled to be carried away by the aircraft to its destination. The quadcopter comes with a 70-kWh battery pack and can cover a distance of up to 31 miles (50Km).

Volvo decided to take out driver’s cabin from… 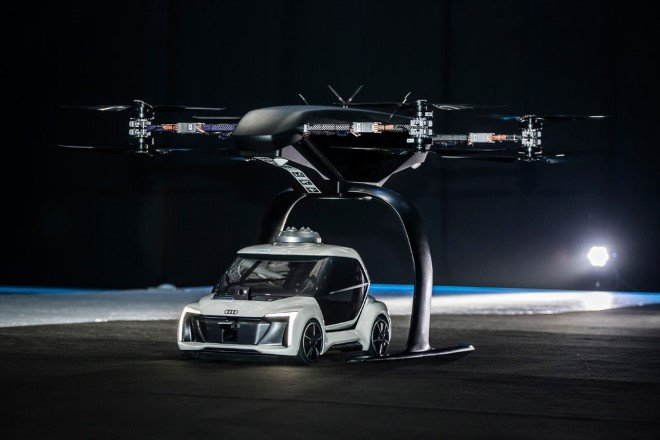 In earlier 2018, Audi said that these systems are not expected to take flights for the next seven to ten years due to a massive amount of technological and regulatory hurdles. The same obstacles are also faced by the competing flying taxi projects from Aston Martin, Airbus, Bell Helicopter, Daimler, Uber, and many more lesser-known names in the market. Audi continues to explore this kind of end-to-end service. Audi also revealed a few days back that they are conducting tests in Latin America where customers will be allowed to book flights through helicopter in combination with the on-ground Audi transport services.

President of Italdesign believes that more and more people including children, senior citizens and people having no driver’s licenses will use the convenient robot taxis if they succeed in allocating the traffic smartly between roads and airspace.