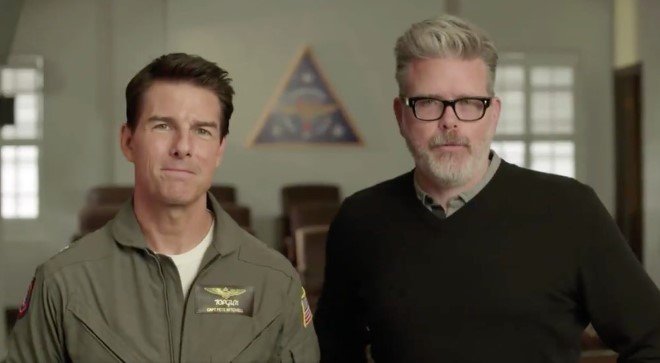 There are two types of people in the world: those who are extremely enraged by the interpolation, or motion smoothing, an effect on modern HDTVs and those who don’t seem to observe that everything they watch looks like it was shot on a crappy video like a mid-90s situation comedy. With the release of Mission Impossible: Fallout on Blu-Ray, the director Christopher McQuarrie and Tom Cruise have released a video requesting viewers to disable motion smoothing or interpolation on their TVs.

It has been years now that new TVs are shipped out with a default setting of motion smoothing. It is infuriating to find the relevant menu and switch it off. One of the reason is that different companies have labeled this feature with different names. On Samsung televisions it’s called Auto Motion Plus, Toshiba calls it ClearScan, Sony badges it MotionFlow, and LG has its TruMotion.

This effect is directly related to TV manufacturers who constantly strive to display a motion blur which reduces the crisp picture. If you play video games or watch a lot of sport, then you will probably welcome this function. However, its side effect is that it makes TV shows and movies like they were shot on cheap HD video. Hollywood creative have been referring motion smoothing as “the soap opera effect.” An experienced Hollywood cinematographer, Reed Morano, started a petition and gathered thousands of signatures to stop TV manufacturers from shipping their televisions with this feature set on default.

Though Morano didn’t succeed, however, this issue has recently bubbled again to the surface. James Gunn, director of the Guardians of the Galaxy, recruited some famous director friends to fight the battle. Star Wars director, Rian Johnson also tweeted about it. In September, 18, this issue reached a new peak. Directors Paul Thomas Anderson and Christopher Nolan revealed that they have been in talks with TV manufacturers in an attempt to have this function disabled by default.

Now Tom Cruise is also on the anti-motion smoothing bandwagon. He published a video on Twitter describing the situation of motion smoothing to his fans. On the other hand, his usual directing partner Christopher McQuarrie is more frank and offers clear directions on how to use google to disable this function in the right way.

Photographer captures Aurora Borealis in the form of a…

I’m taking a quick break from filming to tell you the best way to watch Mission: Impossible Fallout (or any movie you love) at home. pic.twitter.com/oW2eTm1IUA

TV manufacturers aren’t paying much attention to the interpolation concerns raised by Hollywood. Samsung suggested its customers last month to disable this feature if they don’t like it. Sony also released a statement, but it depicted that they knew their customer preferences way better than Hollywood do. Sony categorically said that the directors should also consider an average consumer. Though the directors don’t like the motion smoothing and regard it as “soap opera effect,” they need to know that an average consumer isn’t restricted to 24 fps movies and watches a lot more than that. The default setting for Sony Motion Flow is designed to provide the best solution for both live action and movies.

The fight is still on, and it would be interesting to see whether Tom Cruise can force TV manufacturers to care. We all hope that the people listening to Tom Cruise might turn off this default feature in their Televisions and start watching movies the way directors want them to.