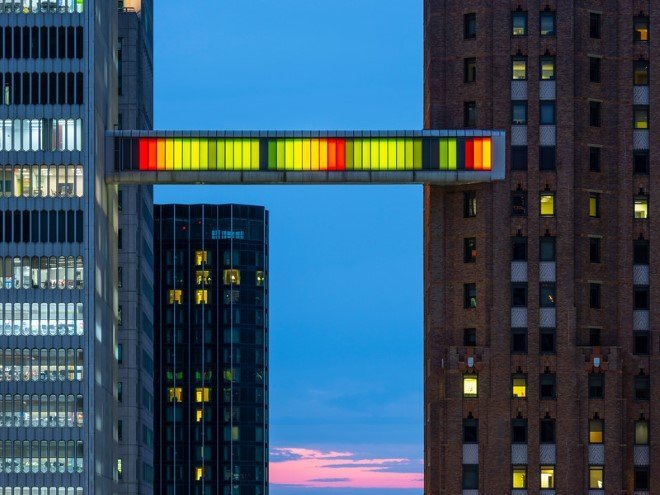 The 16 stories high pedestrian bridge originally created to make the commute between the two most iconic buildings of Detroit, the Guardian Building and One Woodward, easier was recently lit up by the Californian artist Philip K. Smith III as a display of art for the general public. The bridge was primitively built in 1975 by Gino Rossetti, an architect, but it was closed off in the 1990’s since the bridge no longer served its purpose. 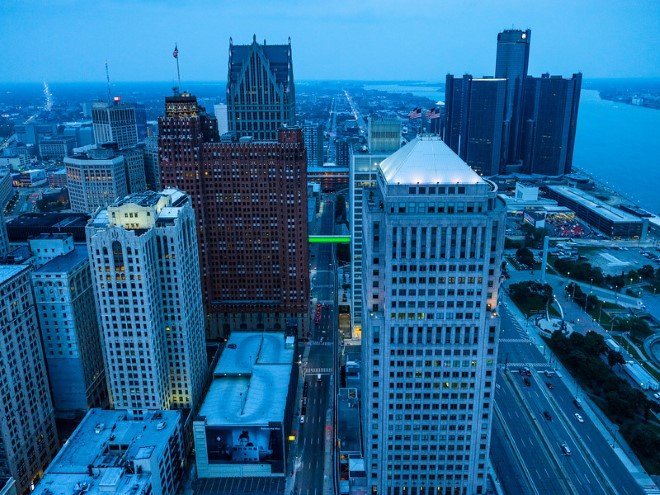 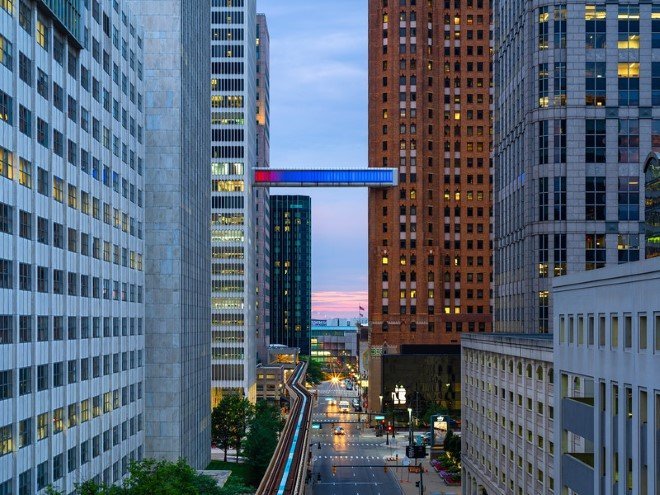 The floating structure merges art with architecture at an urban level. The color scheme for the lights in ‘The Detroit Skybridge’ were inspired by the concrete in the One Woodward and the hues of the Guardian Building. The owner of the Library Street Collective helped conceptualize and produce this project whilst the Wayne County, Quicken Loans Community Fund, and the Bedrock Detroit funded the project.

RECOMMENDED: This artist makes iconic buildings of the world pop out of his 3D sketches 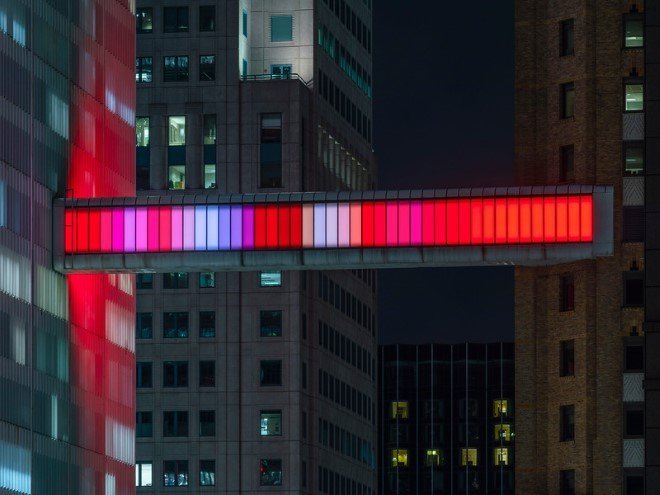 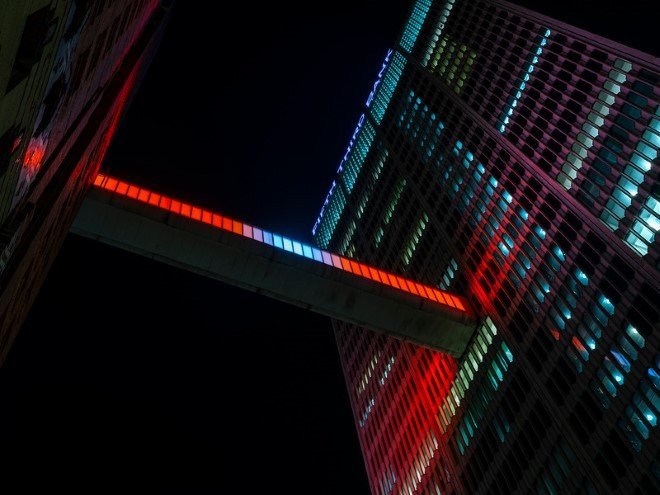 Limbo – the spinning top will keep on spinning…

“This project presents an entirely unique art experience outside of the traditional bounds of the museum or gallery, positioning itself within the public realm for all to experience freely” explained Smith. Other projects by Smith include the temporary light fittings in music festivals like Coachella and permanent installations all over the United States i.e. San Francisco, Nashville etc. and also one in Milan, Italy. 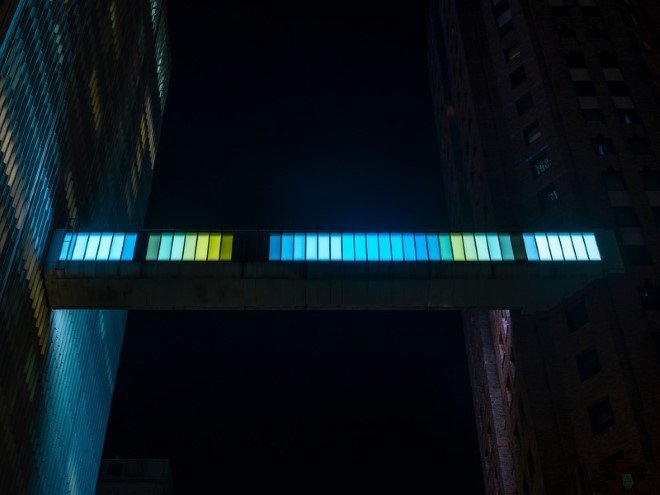 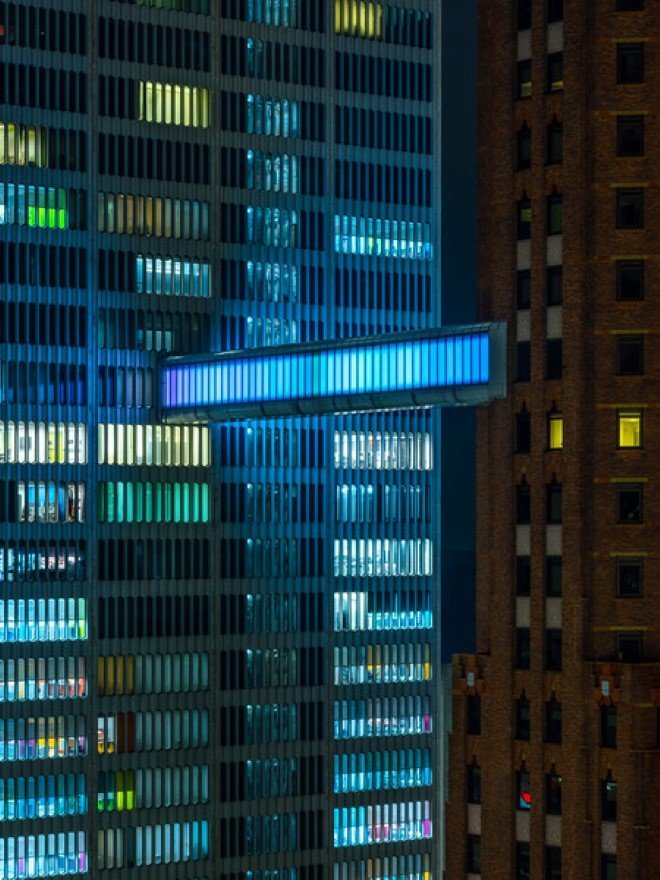 The skybridge enhances the skyline by incorporating art and colors into the architectural structures of Detroit.