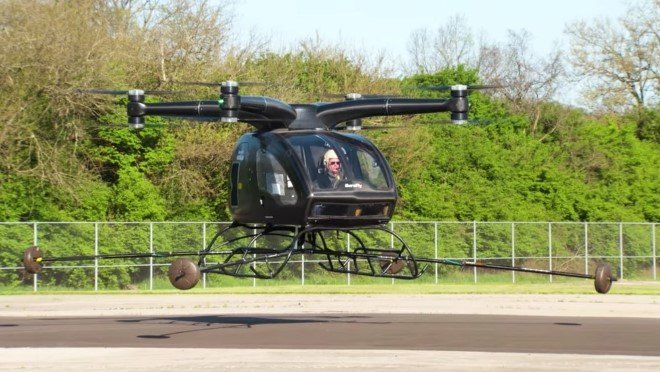 Ever since “Back to the Future” movies came out, we’ve been constantly anticipating for flying cars in the near future. Our dreams might have finally come true! While many companies are in the process of developing flying vehicles, one company has actually done it.

Workhorse disclosed their Surefly flying car at the Paris Air Show last year in June, and now, they have launched it in the air as it carries a passenger! Among all other electric vehicles developed by Workhorse-such as the pickup trucks and delivery vans that release drones from the roof-The Surefly is by far the most ambitious and motivated idea they have had. This flying car uses a combination of diesel and electric power to propel eight coaxial contra-rotating propellers. So, even if one fails, the flying copter can still land safely. Furthermore, the on-board generator generates enough electricity to power the motors. The contraption is able to carry up to 400 lb (180 kg) over approximately 70 miles (112 km). 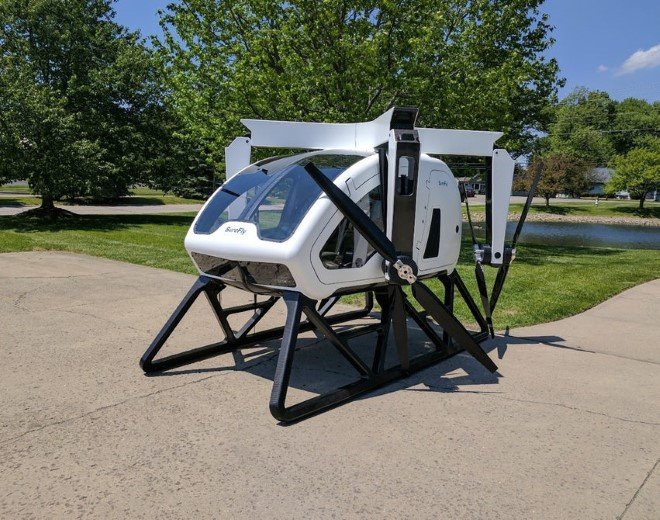 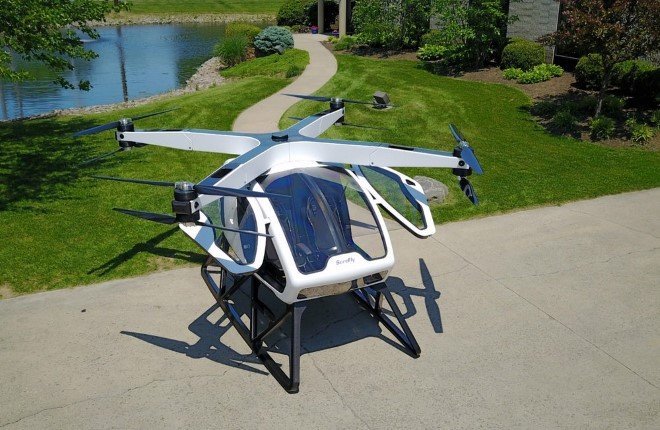 Workhorse received their Experimental Airworthiness Certificate from the Federal Aviation Administration back in January. This allowed them to test out their copter in a controlled manner over the US soil. Although the company was scheduled to launch their first-ever manned flight at CES in the same month, they were unable to due to the drizzle that threatened to make the aircraft’s electrical systems malfunction.

You can easily tuck this credit-card sized blade inside your…

Luckily, the aircraft and weather were cooperative when Surefly launched outside of Cincinnati, with CEO John Graber handling the controls. Although the video was kind of an anticlimax given that the “flying” car only lifted off a feet from the ground, it is certainly remarkable that any company even got this far! 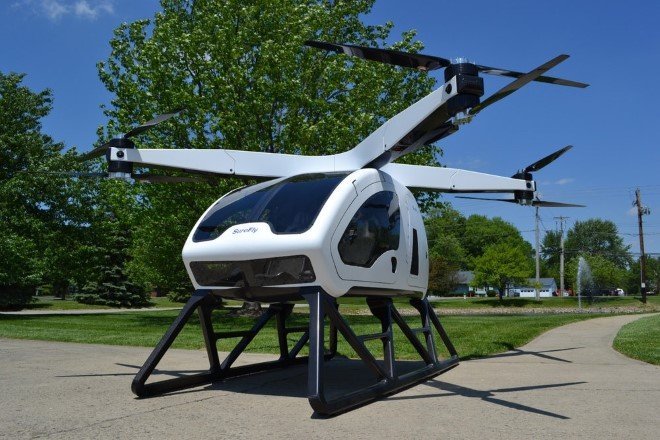 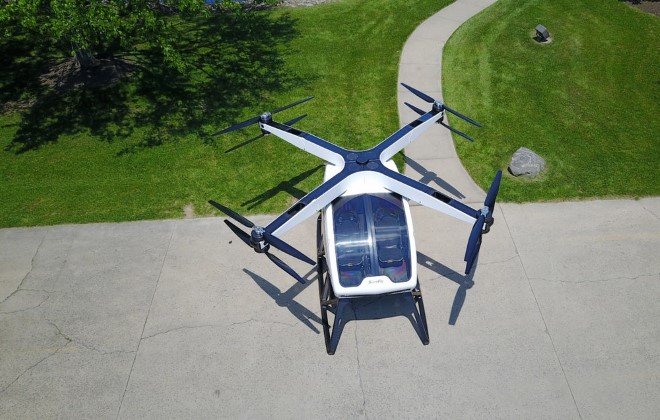