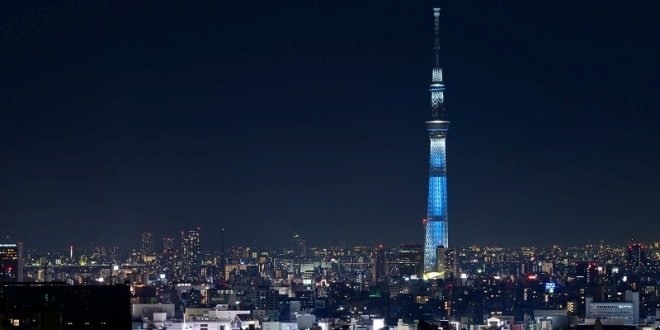 A tower is a tall structure, usually taller than it is wide, often by a significant margin. A tower is also defined as a building in which usable floor space occupies less than 50% of its height. Let’s have a look at the Top 7 tallest towers in the world.

The Kuala Lumpur Tower abbreviated as KL Tower is a tall tower located in Kuala Lumpur, Malaysia. Its construction was completed on March 1, 1995. It is used for communication purposes and features an antenna that reaches 421 m (1,381 feet). The roof of the pod is at 335 m (1,099 feet). The tower is the highest viewpoint in Kuala Lumpur that is open to the public. The building is the landmark of Kuala Lumpur with arch-rival PETRONAS Towers.

Milad Tower also known as Burj-e Milad or Tehran Tower is a 435 m-high (1,427 ft) multi-purpose Iranian concrete tower; built in 2007 in between the Shahrak-e Gharb and Gisha districts of Tehran.

The Oriental Pearl Radio & TV Tower is a TV tower in Shanghai, China. Its location by the side of Huangpu River makes it a distinct landmark in the area. Its construction commenced in 1991, and the tower was completed in 1994. At a 468 m (1,535 feet) height, it was the tallest structure in China from 1994–2007, when it was surpassed by the Shanghai World Financial Center. It is classified as an AAAAA scenic area by the China National Tourism Administration. The tower is brightly lit in different LED sequences at night.

What is Conditional Formatting in Google Sheets and how to…

This heated razor will make you want to shave every day!

Ostankino Tower is a television and radio tower in Moscow, Russia. This tower holds a pivotal status in Russian Television and Radio Broadcasting Network. The tower was designed by Nikolai Nikitin. It is 540.1m (1,772 ft) tall. The tower was the first free-standing structure to exceed 500 m (1,600 ft) in height. Construction began in 1963 and was completed in 1967. Extensive use of pre-stressed concrete resulted in a simple and strong structure.

CN Tower, also called Canadian National Tower is a broadcast and telecommunications tower in Toronto. Standing at a height of 553m (1,815 feet), it was the world’s tallest freestanding structure until 2007. Construction of CN Tower started in February 1973 and involving more than 1,500 workers; the tower was completed in February 1974, and the attachment of its antenna was finished in April 1975. CN Tower was built by Canadian National Railway Company which is by far Toronto’s most distinctive landmark. Consisting of multiple observation decks, a revolving restaurant at some 351m (1,151 feet), and an entertainment complex, CN Tower is a major tourist attraction. It is also the center for telecommunications in Toronto.

Canton Tower formerly known as Guangzhou TV Astronomical and Tourism Tower and also known as Guangzhou Tower is a 600 m-high (2,000 ft) multi-purpose Chinese observation tower in the Haizhu District of Guangzhou, China. The tower was topped out in 2009 and it became operational on 29 September 2010 for the 2010 Asian Games. The tower briefly held the title of tallest tower in the world, replacing the CN Tower, before being surpassed by the Tokyo Sky-Tree in 2011 .It is the tallest structure in China and the fourth-tallest freestanding structure in the world. Its incipient height is 600 m in 2010.

Tokyo Sky-tree is a broadcasting, restaurant, and observation tower in Tokyo, Japan. It became the tallest structure in Japan in 2010 and reached its full height of 634 m (2,080 ft) in March 2011, making it the tallest tower in the world, displacing the Canton Tower, and the second tallest structure in the world after Burj Khalifa. It took around 806 million USD for its construction.