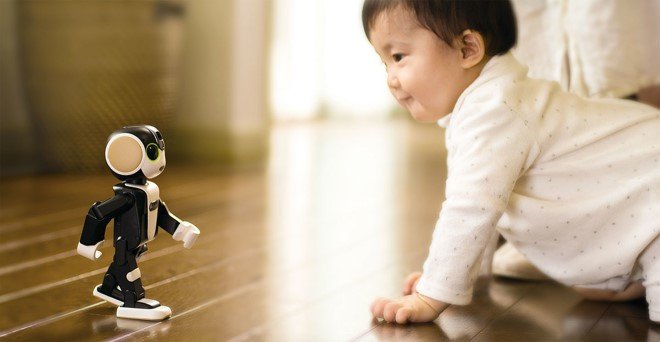 Fancy having a virtual assistant integrated with smartphone features? Well, now you can do better than iphone’s Siri, because Japanese company ‘Sharp’, has actually created a minnow robot infused with all the ubiquitous virtual assistant’s features coupled with smartphone features. Now-a-days Algorithms are being rectified by software giants to infuse more refined artificial intelligence (AI) in features like Ok Google, Siri or Cortana to train them for better outcomes.

Features like facial recognition and voice recognition are commonly found in almost every smartphone, but you integrate it with a talking robot and you get your Sci-fi fantasy fulfilled. RoBoHoN weighs 390grams and is 19.5cm tall. Normally smartphones’ screens are bigger to make their displays attractive but RoBoHoN has a 320×240 screen at its back side and why it shouldn’t be, your attention spot should be its fascinating little taking face. Its voice recognition feature is used as a mean of controlling it. According to sharp, “RoBoHoN can grow to accommodate more natural communication with the user by learning the user’s profile and usage situation”. 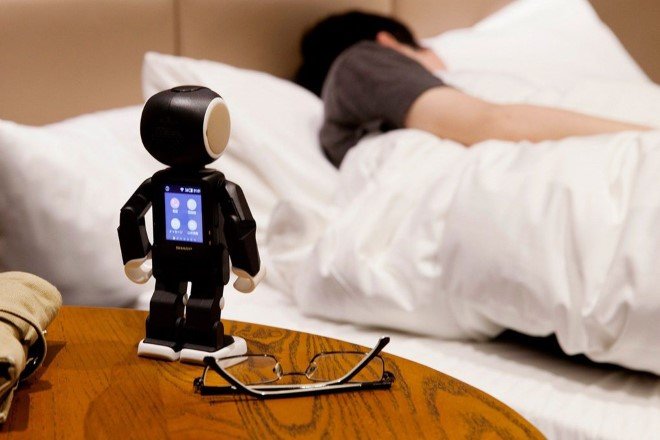 RoBoHoN has Wi-Fi and LTE to make it function like normal smartphone. It runs on android 5.0 with 16 GB internal storage, 1700mAh battery, Bluetooth 4.0, 8-megapixel camera and added functionalities of accelerometer and gyroscopes. Every single thing that your phone does – from making calls to receiving texts and emails is performed by RoBoHoN. But what makes it different, is the added cuteness it performs all these functions with. It can walk, jump around, sit, stand back up and can even dance when it has to notify you regarding anything. RoBoHoN can even read you your text messages and send a dedicated reply, snap you a selfie or take a group photo. It will be your talkative alarm clock, and a memo reader. 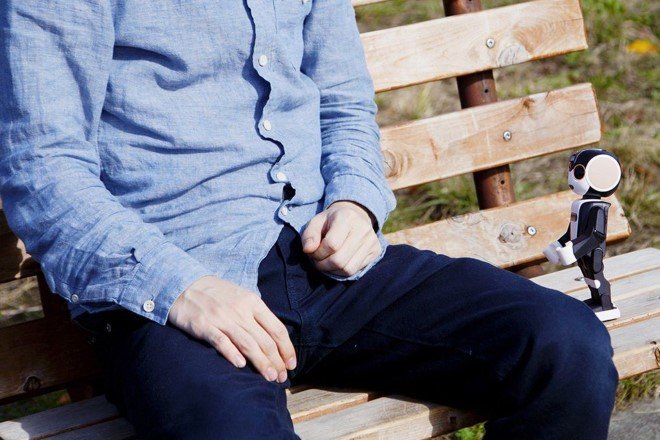 Toyota’s Kirobo Mini Is The Most Adorable Companion…

With luxurious interior, Bell 525 Helicopter is a Limo for…

It has an in-built laser projector mounted on its head that can be used to display any type of media on a smooth wall or any other surface with a resolution of 1280×720. Another interesting integrated feature is its ‘empathy’, thanks to AI. Suppose you are watching any media on projector and it is making you sad, the RoBoHoN will tell you that it’s alright and also express its likeness for you. What more do you want to get yourself attracted into buying this toy. Its strange design can make it a bit of a pariah, but owning it is like having a futuristic device. 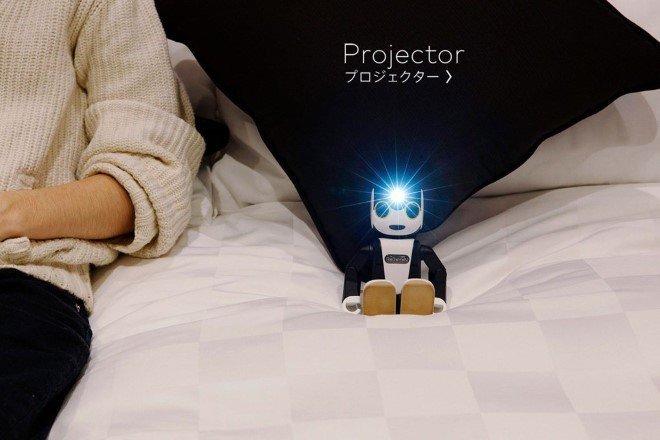 RoBoHoN’s price will surely make you think twice before buying because it’s considerably costlier than regular smartphones. When I write “costly”, don’t just think a few hundred dollars, because with RoBoHoN as you can do better than Siri so, its price is also more than iPhone’s. Robotic phone developed by the researchers at University of Tokyo which was released in May last year comes at a cool price of $1800! Yeah you read that right. Well, it doesn’t just stop there, rather it costs $6 a month more for the voice recognition feature. But the good news is that, your every spent penny on this high tech toy will worth it, because RoBoHoN is not just an ordinary smartphone but a whole new experience in itself.

High price will likely limit the number of units to be produced but the company forecasts sales of 5000 units per month.