Humans might have gone too far with ocean dumping. Turns out, that the most remote part of the ocean- which is 1700 miles away from the nearest Island and the nearest humans are astronauts, 240 miles away in the international space station-is now polluted with micro plastic!

The secluded area, Point Nemo, got its name for being the farthest point on land. Its proper name was, “Oceanic pole of inaccessibility”. However, the short form is “Nemo”, which means “no one” in Latin. Survey engineer, Hrvoje Lukatela, who was on a mission to determine the most remote location in the ocean, discovered Point Nemo in 1992.

Point Nemo is located in the Southern Ocean and its waters were never tested. This was before yachts participating in the round-the-world Volvo Ocean Race detected between 9 to 27 pieces of micro plastics per cubic meter; thanks to the two vessels that contained filtration systems used for seawater sampling. 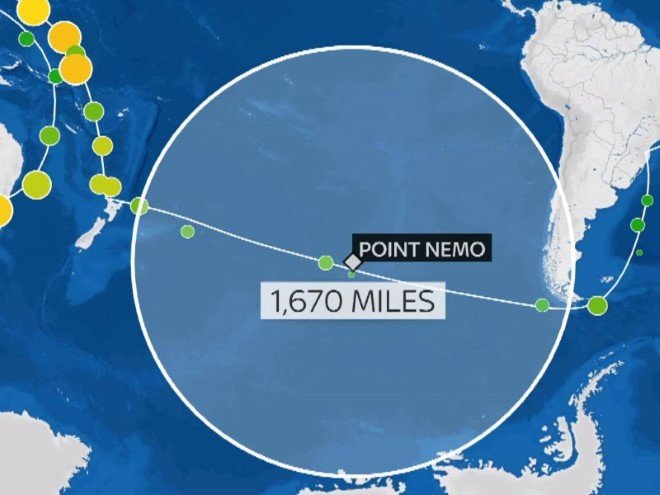 Turn The Tide On Plastic, one of the vessels competing in the eight-month race, has collaborated with Sky Ocean Rescue to raise a voice against plastic pollution that prevails in our oceans and landfills. It also intends to motivate people to take a step against plastic in their everyday lives.

As the yachts travelled from Point Nemo to Cape Horn, the value of micro plastic increased drastically to 57 particles per cubic meter.

Dr. Soren Gutekunst, of GEOMAR institute for Ocean Research Kiel, analyzed the micro plastics at the Laboratory in Kiel. He said in a statement, “This means that even if I put a plastic bottle in the River Thames, maybe at some point I will find micro plastics from this bottle down in South Africa.”

While this news might be alarming, Point Nemo’s value of micro plastic is negligible as compared to what they found in the Mediterranean or the South China Sea!

This $3.8 million one-of-a-kind SUV looks like a family-version of the Batmobile