How strong are the Samsung Galaxy S20 Phones? Let’s find out! 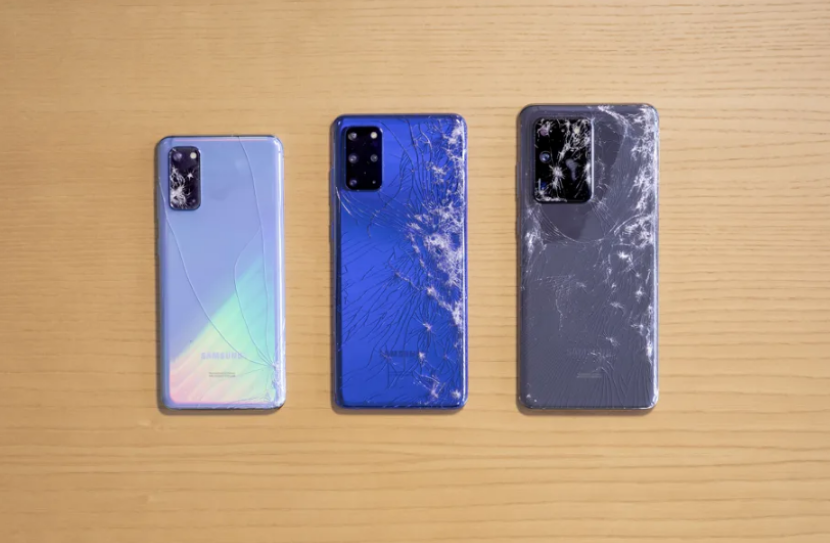 Samsung released three new phones in its Galaxy S series on 12th February, 2020. These were the Samsung Galaxy S20, S20+ and the Samsung S20 Ultra. All three of these phones came with great and breakthrough specs, but awesome specs aren’t the only important factors when using a phone, and physical strength and durability also matter greatly when a phone is as costly as the $1400 Samsung S20 Ultra.

To test the strength of these three flagship phones, multiple people carried out multiple types of tests. These tests involved different sub-tests including face drop, back drop, water dunking etc. Overall, out of the three phones, through all the tests, Samsung S20 Ultra came out to be the strongest phone, even though it has the widest display.

Continue reading to know about these tests!

SquareTrade’s tests covered all the three phones of the Samsung Galaxy S20 series. It included the following tests:

These tests revealed that the face drop tests lead Samsung Galaxy S20 and S20+ to be cracked alongside complete or incomplete screen death, while the Samsung S20 Ultra only had a cracked screen and worked properly. The back drop rendered Samsung Galaxy S20 and S20 Ultra’s camera housing to be shattered and also lead to loose glass, while the S20+ camera housing survived.

For the third test, the phones were dunked five feet deep into water – each of the phone survived.

The pressure/bending test, lead the phones to break at varying weights. The first one to break was the S20+, while S20 Ultra survived the longest and bent at 200 lbs.

The tumble tests were continued for 60 seconds, for each of the three phones, and the S20 Ultra came out to be the one with the least issues.

Dutchman Tree Spade can uproot trees and replant them…

YouTuber JerryRigEverything only tested the Samsung Galaxy S20 Ultra and his tests involved testing the phone’s body paint and screen strength against scratching, heat test and, also, how long it will last against bending.

The heat test involved bringing a flame next to the phones display screen. It didn’t affect the screen or any of its sensors, at all. The display screen was scratched with a scalpel, yet it survived without any harm to the fingerprint sensor even though the scratches, on the screen were visible.

PhoneBuff’s target was to test which one, out of the Samsung S20 Ultra and the iPhone 11 Pro Max, was stronger. Both the phones were dropped multiple times. The iPhone 11 was completely shattered while the S20 Ultra’s display came out only somewhat shattered.

The tests reveal that Samsung S20 Ultra is definitely the most sturdy one out of the three in the series, and it might be a little too hard to completely dis-function the phone.