How does SpaceX make money? Find out here! 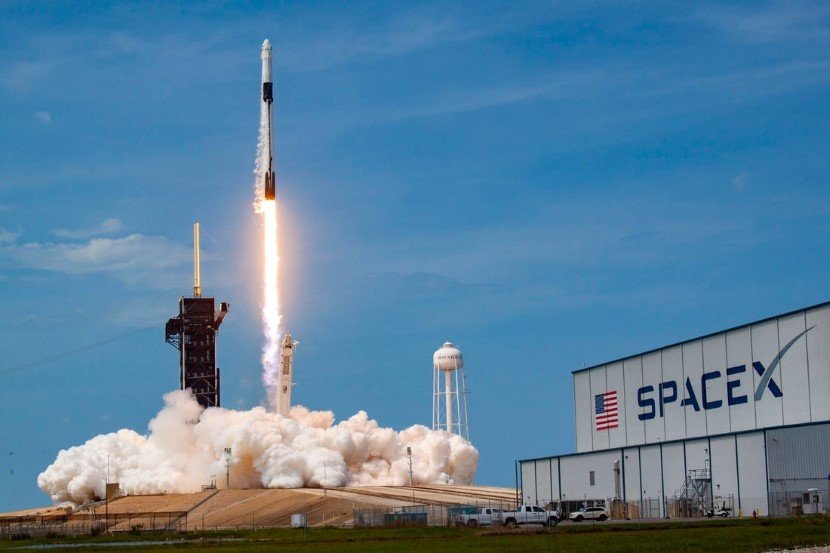 While most of us are aware of the famous SpaceX and the viral videos of their rocket launches, let’s take a deep dive into what the company is and how exactly SpaceX makes money.

SpaceX or The Space Exploration Technologies Corp is one of the most prestigious and valued companies that work with the aim of reducing costs for space travel. Founded by the brilliant Elon Musk in 2002, the company has made significant progress towards its goal. Elon Musk chose to focus mainly on space travel as a first step in the colonization of Mars. The company, centered in Hawthorne, California, has manufactured numerous spacecraft such as the Dragon and satellite constellation.

SpaceX is widely famous for being the first aerospace company to have launched spacecrafts into space and successfully landing them back on Earth. That too, being done on a private budget. Elon Musk also claims to land astronauts on the surface of the Moon one day, which is a significant thing to say for the company, the reason being that not even NASA has made such a declaration yet.

SpaceX launched NASA astronauts into space on May 30, 2020, another thing only this company has the honor of getting done. The initial set date was May 27th, however, the project was delayed three days until the thunderstorms cleared the Kennedy Space Station in Florida. SpaceX tweeted from their account, “Standing down from launch today due to unfavorable weather in the flight path. Our next launch opportunity is Saturday, May 30 at 3:22 p.m. EDT, or 19:22 UTC,” The report was also published by CNBC, affirming the bad weather conditions of the coast of South Carolina as a factor for the delayed launch date as monitored by both, SpaceX and NASA.

How does SpaceX makes money through its space technology?

As SpaceX is a multi-billionaire dollar company that works solely to lower the expenditures of space travel; it is no surprise that it owns multiple rockets and spacecraft. Following is a breakdown of the revenue of the company in terms of hardware and its products:

How does SpaceX make money to afford space expeditions?

As mentioned, SpaceX pays privately for the space travel they carry out and works in the hopes of reducing the cost of space travel. Someone invested with space news would wonder how Elon Musk manages to remunerate for these space expeditions. But since the company is privately owned, and is not answerable to anyone else only a handful of people actually know how it generates its revenue. According to Motley Food, SpaceX remunerates its income by launching satellites into space.  A finance outlet in 2018 stated that that the company is most likely to make around $1.3 billion per year but according to a Quora user, Haseeb Ahmed, who has some reasonable points, suggests the company very likely makes much more than that considering they are already in a $4.2 billion contract with NASA and the 60 launches they have successfully undertaken are worth $7 billion.

The Motley Fool reports, “The company charges commercial customers a standard rate of $62 million per launch for this service,”. It also charges the government “perhaps $20 million more for complicated government space missions such as resupplying the International Space Station, putting science satellite into orbit for NOAA, or launching a GPS satellite for the Air Force.”

Based on some facts, it’s difficult to estimate the amount of money SpaceX makes today, not just because of numerous successful launches but with large sums of money invested by billionaire companies such as Google, who invested $900 million as per certain reports. According to Forbes, in 2018 SpaceX valued at $32 and it’s one of the reasons wall street hopes that one day the company would go public. This is so people can invest and buy stocks in the company. This is another way SpaceX could potentially make money, but for now, there is no such news from the company with regards to that.

How is SpaceX operating efficiently?

A few reasons why SpaceX has managed to keep such an efficient stance with its business model is due to a few factors:

So, how does SpaceX make money through its business model?

We can find out how SpaceX makes money through the breakdown of their entire business model, and evaluating the following two financial ratios.

Since the company is private as described earlier, hence very little is known about the entire working of the company’s finance. It is obvious that the company remunerates a large sum of money by launching satellites into space and two of the largest customers the company has are NASA and the US military. However, there are a few facts that can help give an estimate. Some of which are:

The next part of the analysis would be the price-to-earnings ratio.

Why is SpaceX a Worthwhile Investment to make Money?

Now that we’ve established how SpaceX makes money, is it really worth to invest in it? SpaceX is the largest and the most successful aerospace company which is worth billions. Since the company is private, there are no stocks that the interested can buy or invest in anyway whatsoever. As already discussed, a little investment can go a long way for the shareholders and the Wall Street is patiently waiting for the day. But what makes the company so successful and worthy of investment? Following are a few reasons:

Clicbot is the best educational robot for kids