A mini office with lavish features has come into light with this lighthouse designed by designers Justin Rice and Kagan Taylor from Los Angeles-based build and design studio, Knowhow Shop. This little lighthouse spans an area of 154-sq feet and functions as a backyard office on wheels.

The office space boasts a larger interior to the look it gives from the outside. Geometric angles and shapes have been used on the exterior making it look compact. “It does feel bigger inside and we are able to have four people working together in it comfortably,” Justin and Kagan reveals to New Atlas. 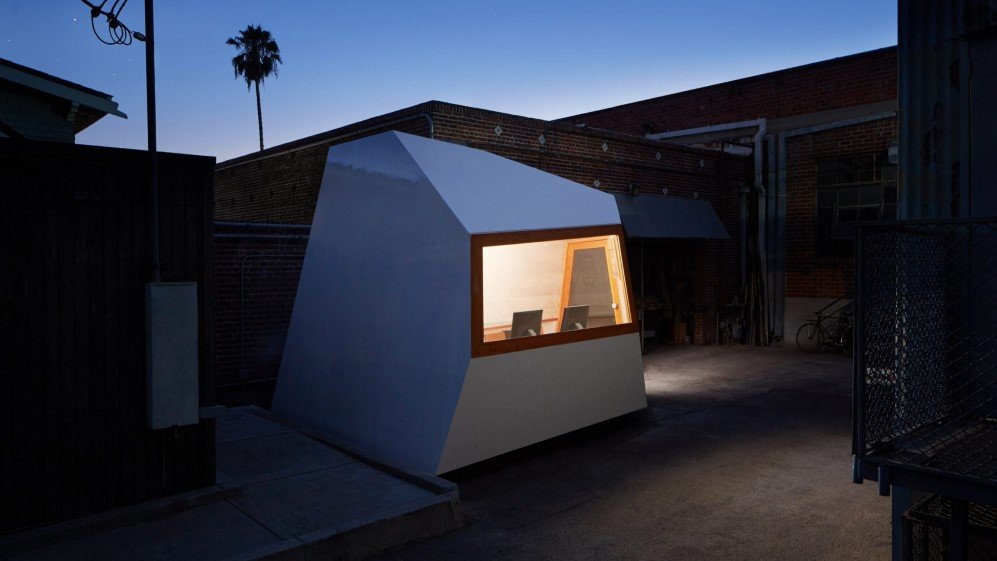 The designers have taken aid from furniture building techniques to complete the office space while building the rest of the pod using structural insulated panels and salvaged Douglas fir from old beams. This, along with other techniques like using lightweight and durable material, have been adopted by the two designers, in order to ensure minimal environmental damage and portability.

The mini lighthouse office has been built on wheels made out of heavy-duty castor to allow it to be moved around from one place to another. Apart from offering portability the wheels keep the office above the ground so that it isn’t affected by extreme weather conditions like rain. For the duo, it was particularly useful when they had to deliver large materials or when they had to change their onsite location. 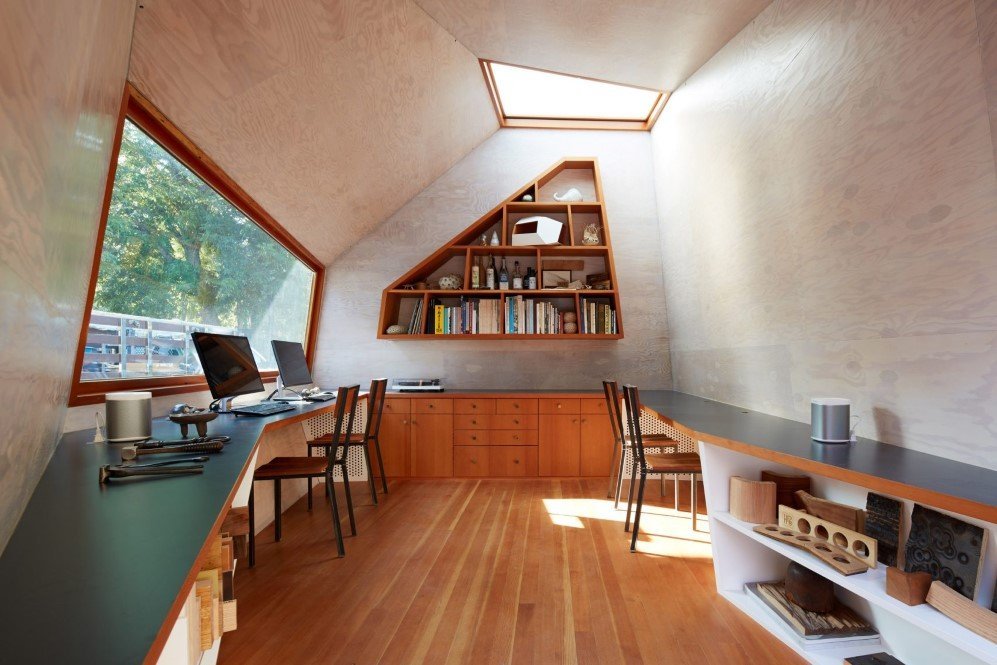 To move towards the interior of the office, you can pass through a non-symmetrical doorway that opens up to the inside. Large windows integrated on the sides allow for maximum sunlight to seep in. The floor and the walls have been covered in chic wooden material and the office boasts a large storage space with built in furniture and four computer work stations. 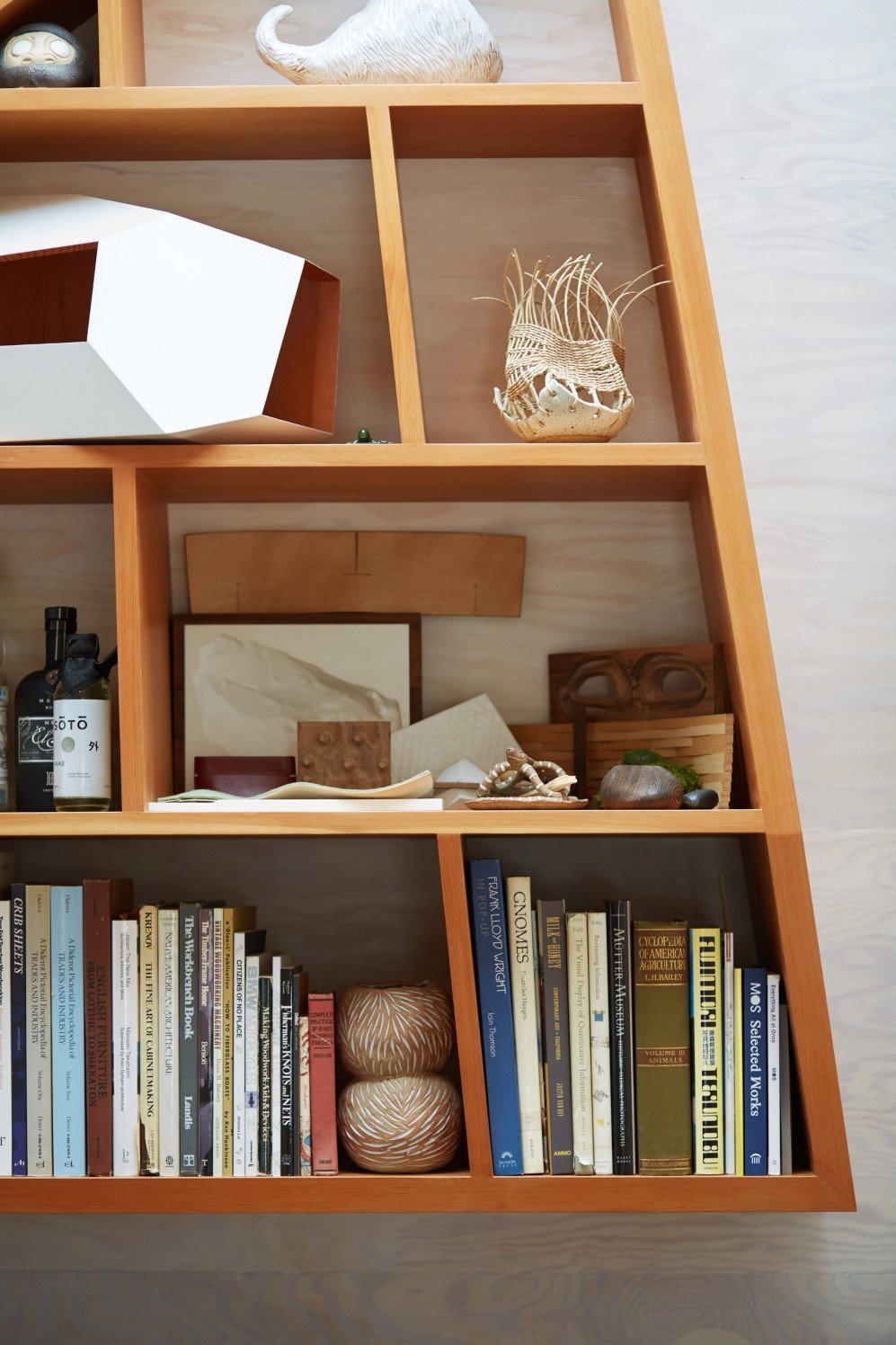 “It was an interesting project, we did everything ourselves, from fabricating custom SIPs panels to fiber-glassing and painting the exterior and of course we built all the interior woodwork, doors and windows,” they say. “We were pretty frugal and tried to save money where we could: using reclaimed Douglas fir for the woodwork and even milling our own tongue and groove flooring, but we didn’t want to cut any corners and did everything with the intention of it being a showcase project. We worked on the project when we could in between other jobs so it took a while, but it was super rewarding when we finally wrapped it up and moved in last July.” 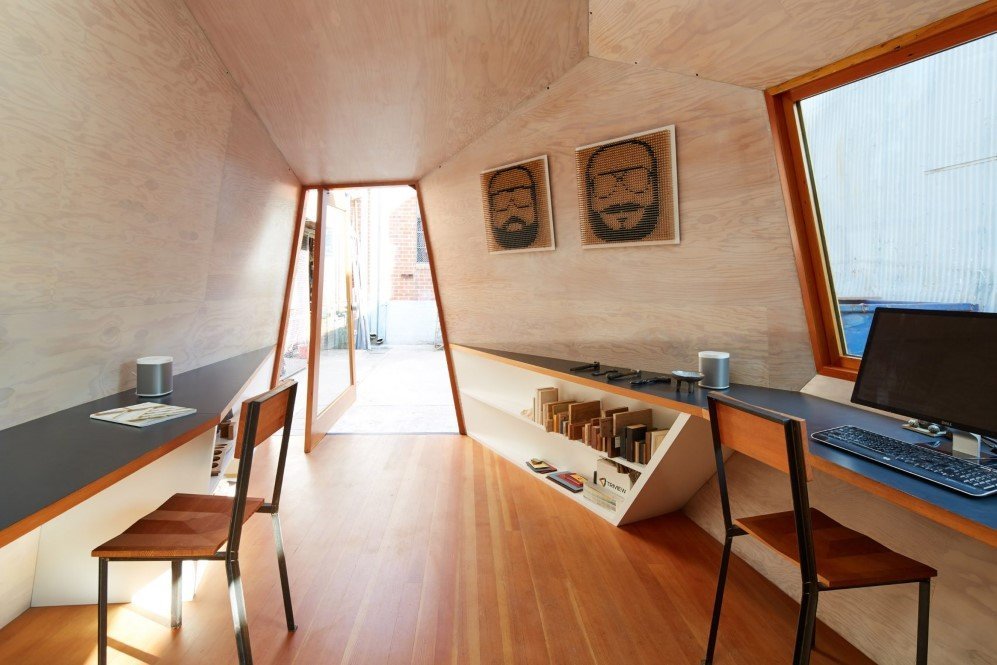 Through the windows, natural light pours in during the daytime and at night a desk lamp can be lighted up which is sufficient enough to illuminate the interior. The pod is powered by mains power from the knowhow studio building but has the capability to integrate solar panels within itself.

The pod being made out of SIPs panels is light and weighs about the same as a family car. The environmental impacts have also been kept in mind when designing and purposing the office. 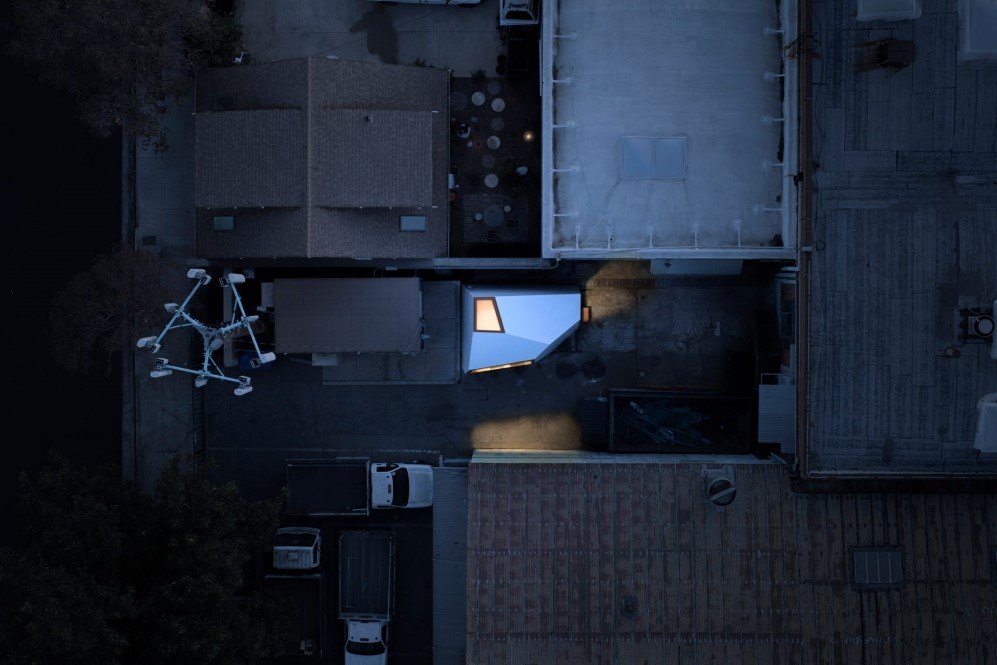 “Most ‘Tiny Homes’ are built to look like small versions of traditional vernacular architecture,” the two say. “We weren’t interested in trying to recreate buildings that exist in the world, rather, we wanted to create the types of buildings we would like to see, albeit on a small scale.

After taking into account the labor work required and the materials being used, the two estimate that the house will cost around US$50,000. Knowhow Shop can build the Lighthouse once an order is placed and within a span of 24 hours, the house can be assembled on site.