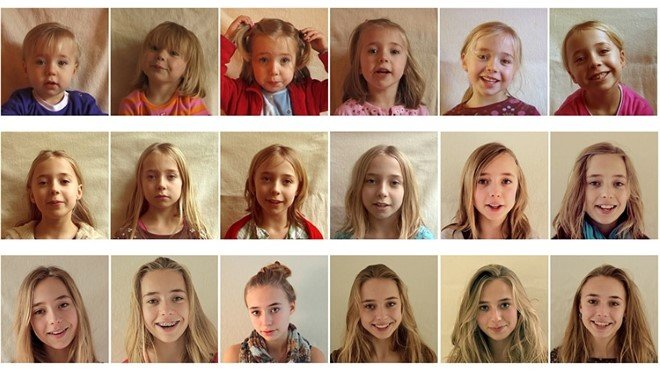 Ask any parent to reminisce about their kid’s childhood and they would end the topic by telling you how time flies by at the speed of lightening. Frans Hofmeester, Dutch filmmaker and photographer has however beaten up time in this regard as he captured all the precious moments of his daughter’s childhood in the form of a time-lapse, since her birth to the day she turned 18.

The doting dad gifted this time-lapse to his daughter, Lotte on her 18th birthday by uploading it on YouTube and since then, over 100 million people have seen and admired the video. Hofmeester explained his motive behind making this time lapse by stating, “She was changing at such a rapid pace, that I felt the need to document the way she looked, to keep my memories intact.”

The video, shot against a consistent white background, beautifully shows the sweet and shy nature of Lotte as well as cover the range of emotions a kid goes through while growing up. The video really does leave a person in awe and we bet, you wouldn’t keep away from filming your kids in the same way after watching it!

You can connect any plastic bottle with Sodapop wireless…

Also, watch his son Vince grow up from 0 to 14 years in the video below:

These quirky animal comics will leave you in delightful chuckles