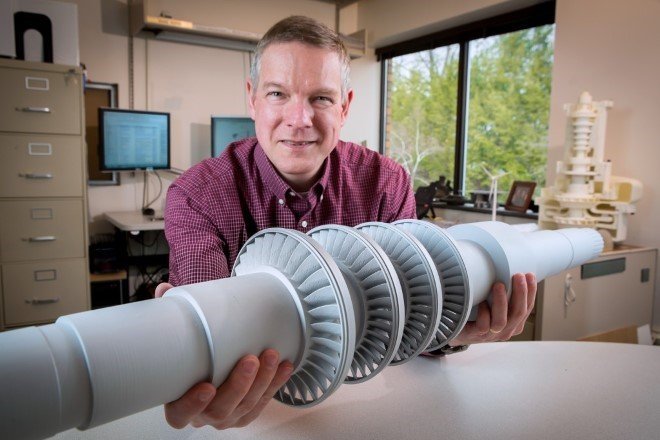 Since large number of companies and people are shifting towards sustainability and minimalism, new and advanced technologies-with minimal carbon footprint- are being developed and sold world-wide. One of these includes a turbine. Now Turbines are one of the most common inventions. So what’s so new about this one? Well, for one, it’s the size of an average desk; and two, this small turbine has the capacity to power the whole town! Crazy, isn’t it?

Engineers from GE Global Research came up with this one-of-a-kind device which has the capacity to deliver power to 10,000 people, weighs only 68 kilograms and runs on carbon dioxide. Currently this innovation can produce up to 10,000 kilowatts of energy; however, the engineers hope to upgrade the turbine to be able to produce enough energy to power the whole city! 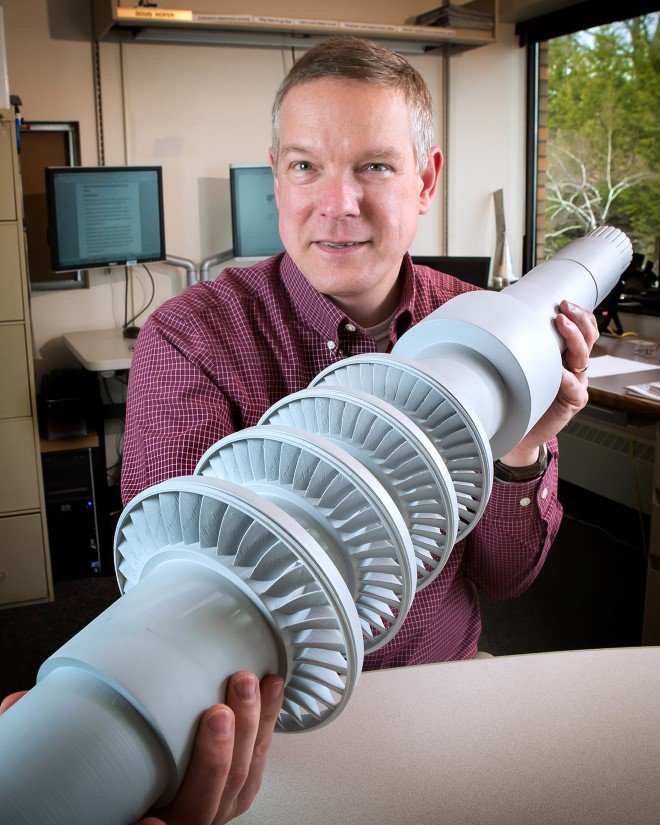 Are these upside-down jean shorts are finally the denim…

Typically, power generated through turbines is achieved by steam or coal; it’s no wonder that generating power from carbon dioxide sounds a little strange. So let’s see how that works. According to the company, they keep the carbon dioxide at extremely high pressure and temperatures of 700oC. This supercritical fluid’s state will lie somewhere between a gas and liquid. This enables the engineers to harness the built up energy for more efficient power generation allowing about 50% of the heat to turn into electricity. Although this may not sound like a lot, but from a bigger perspective it can do a lot for the entire industry. Furthermore, the highly efficient designing allows the turbine to be switched on and off at will-which isn’t possible in the case of solar and wind turbines-. Not only that, since the turbine is a closed-loop-system i.e. it doesn’t allow the carbon dioxide to leave ensures that there is minimal waste production!

Now that we’ve understood the function and design, let’s see how sustainable it is. Carbon dioxide is a very common waste gas produced in industries and since it is a greenhouse gas, it also contributes to climate change. This new technology will allow waste gases to be utilized to ensure that the Earth will not be polluted by them. Moreover, any waste heat produced can be reutilized to melt salts which will aid in turning carbon dioxide to its super critical state. Basically the device allows for cleaner production and zero waste.

With an energy crisis awaiting us in the future, we can only hope that this new turbine may be the answer to our problems!