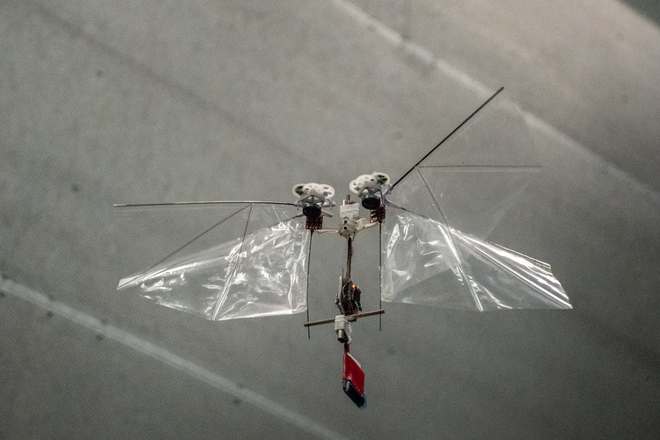 Modern day technology has made room for the quirkiest innovations. A Dutch research team has been trying to create a digitalized flying robot that mimics a fruit fly. With the ability to turn flips and multi axis hovering, the DelFly has finally done it for the Dutch, 13 years later.

Natural selection and genetic mutation has led us to the most creative forms of working mechanisms that we can easily mimic to create similar inventions. The leading team that has been working on the DelFly Project since 2005 is based at the Micro Air Vehicles Lab at the Delft University of Technology in the Netherlands. In 2008 the first prototype of the DelFly was made called the DelFly Micro. It comprised of the world’s smallest camera-carrying MAV and weighed 3 grams with a wingspan of 10cm. In 2013, the version was amplified and called the DelFly Explorer. It consisted of the first fully autonomous flapping wing MAV. To completely allow the fruit fly design to be under control, the fruit fly design was integrated with a control surface and a tail, similar to plane. 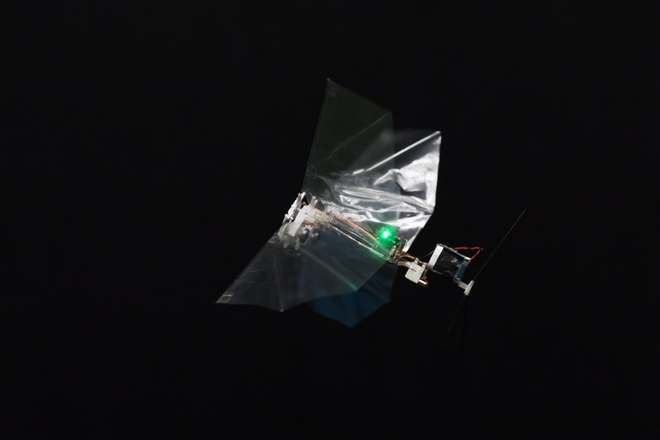 Currently after 5 years, the team has been successful in eliminating the control surface and the tail to bring forth the first robotic fly that is true to its name. Its wingspan is of 33 cm and the robot weighs 29 grams. Its wings are made of transparent Mylar foil than can retract in and out.

The integral reason why the robot is able to fly at great speeds of 25 km/h is because of its rotatable wings at an axis. Being compact and lightweight, the DelFly Nimble has the ability to carry small weights so you can attach sensors or cameras without worrying that they will get too hefty for operation. It can also perform a few aerobatic tricks such as the infamous backflip and rapid banked turns.

The DelFly is all set to become the next replacement for multicopter style drones, thanks to its light weight, efficient use of energy and in-flight maneuverability that its flapping wings provide as compared to a rotating disk.