The US-based conglomerate BrainGate has developed a brain-computer interface (BCI) in recent years that allows the users to take control of a robotic arm and type anything using their thoughts. Not very long ago, a group of paralyzed volunteers had performed various functions on a tablet by utilizing this technology.

A silicon chip which is the heart of BrainGate system is implanted in the motor cortex of the user’s brain, and is almost the size of baby aspirin. The chip detects the electrical activity of individual nerve cells by utilizing 100 integrated electrodes. The electrical signals are then sent to a computer that uses formerly trained algorithms. The algorithms detect specific patterns of activity that are associated with the thought process of performing particular tasks. When the whole process of identifying the operation is done, the computer then sends commands to the associated device that is being controlled with the mind. 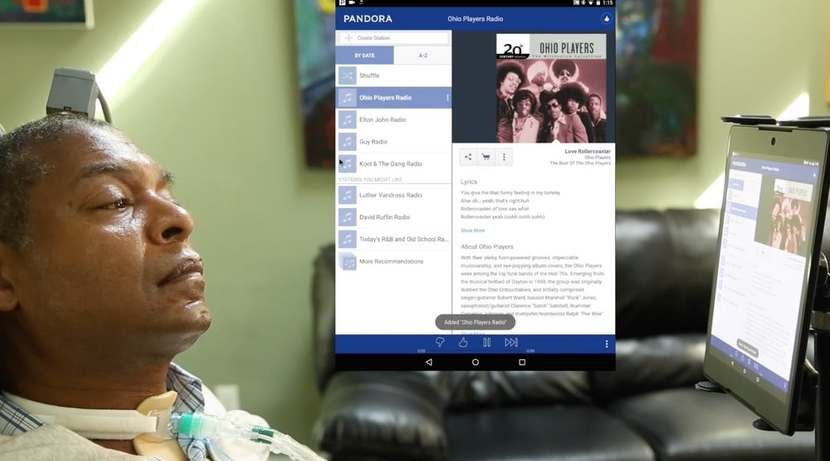 BrainGate also conducts clinical trials on subjects and as according to their latest study, the BCI from BrainGate was implanted in three test subjects with almost no use or little use of their arms and legs. A Bluetooth interface configured to perform like a wireless mouse receives the decoded neural signals, which in turn transmitted all the commands to a Google Nexus 9 tablet on which all preloaded accessibility software was turned off. 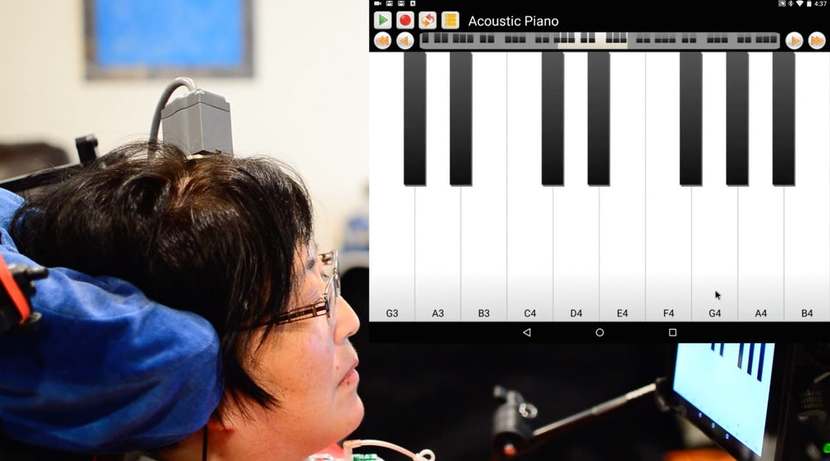 The volunteers utilized this setup to perform different activities such as searching for videos on YouTube, browsing music selections on a streaming service, composing chats and emails, scrolling through a news aggregator, shopping online – all by thinking about pointing and clicking a mouse on the screen. One of the volunteers even played a small part of Beethoven’s Ode to Joy on a digital piano interface. The participants of the study managed to type up to 30 characters per minute using standard email and text interfaces and also made up to 22 point-and-click sessions per minute while using various apps.

Jose Albites Sanabria, a grad student at Rhode Island’s Brown University who took part in the research says that the BCI has excellent potential for restoring rich, rapid and reliable communication for someone with locked-in syndrome and is unable to speak. It will also provide them an opportunity to interact more with their family and friends.

A paper on this study was published recently in the PLOS ONE journal that included physicians and scientists from Massachusetts General Hospital, Providence Veterans Affairs Medical Center, and Stanford University.

Dutchman Tree Spade can uproot trees and replant them elsewhere