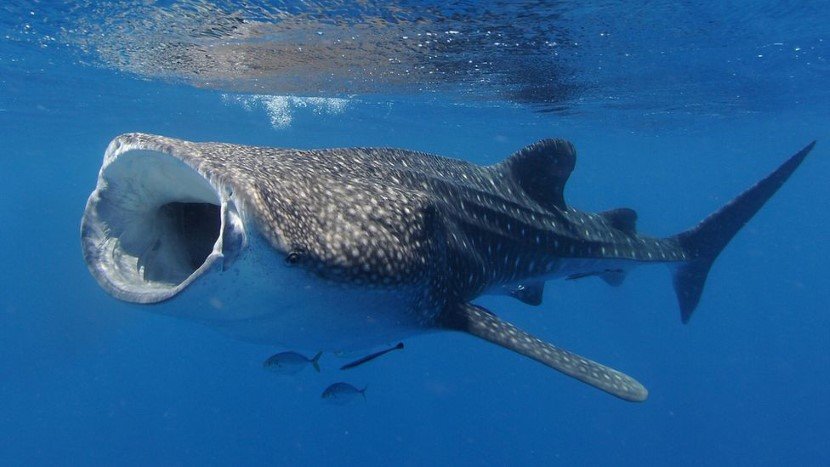 Conserving wildlife has been the target for many zoologists and animal researchers, especially after the distinguishing increase in the number of endangered species. The most important characteristic of conserving a specie is to estimate its lifespan which is not exactly a walk in the park. Whale sharks are one of the largest shark species but their substantial size is not the reason hurdling through the learning process of its aging, rather the absence of the characteristic bone that scientists used to calculate the age of many fish.

However, in a surprising turn of events, the Carbon-14 residues left from the atom bomb testing by Britain, US, China, and the Soviet Union which have been absorbed by nearly all species is now proving to be a standpoint in calculating the age of many species, not just the whale shark.

The House of Fir by kt814 offers stunning views of Wyoming…

The tool of carbon dating

Carbon-14 is a radioactive isotope that decays to half after every 5,730 years, which is also known as the half-life of the isotope. Carbon dating is a method pioneered years ago for the purpose of calculating the approximate death age of an organic substance in order to determine the era in which they walked on the surface of the Earth but in recent researches, scientists have managed to use the process of carbon dating to calculate the age of whale sharks.

By calculating the amount of carbon degenerated in the tissue samples of the whale sharks, scientists are making breakthrough researches on their lifespan. It was thought that the whale sharks lived up to 100 years but with the aid of the new researches, it is concluded that the their age is actually 50 years, not 100.

Whale sharks belong to the group of cartilaginous fish known as elasmobranchis. One characteristic of these fish is the absence of an inner ear bone known as otolith which is ordinarily used by scientists to estimate lifespans in fish hence making it further complicated to study the lifespans of these magnificent creatures.

Aside from the new strategy of estimating the lifespan of this species, another research took place for the same purpose. In this research, an international team of scientists discovered that there was a significant bone in the vertebrae of the fish that had visible bands on them and much like the concept of tree rings which is stated as a fact to have one additional ring every year.  However, there has been speculation about the duration it takes for one band to form on these bones, while some researchers say up to a year others have settled to as regularly as 6 months.

Latest Research on the age of Whale Sharks

Locating the corpses of such colossal beings is not an easy target to achieve, considering the fact most of the bodies sink to the bottom of the ocean. Some researches managed to locate two skeletal remains to study, one present in Pakistan and the other in Taiwan.

The research involved cross-checking the number of bands on this bone to the amount of carbon residues present in the tissues of two whale sharks. It helped them formulate a rigid estimate about how often the bands were forming and more information into the overall lifespan of these whale sharks.

According to the author of the study at Australian Institute of Marine Science (AIMS), Meekan, many advancements have been made regarding a better understanding of the movement, anatomy, and behavioral aspect of marine animals, and this breakthrough is just another ‘piece to the jigsaw’ as he stated.

With Elon Musk’s Neuralink, the human brain can be downloaded onto a computer