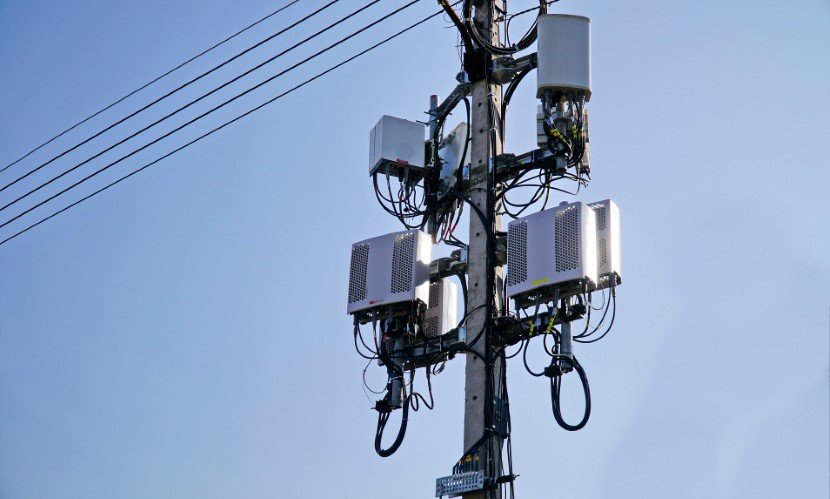 It has been almost four months since the COVID-19 pandemic broke out and it is showing no signs of stopping. People are losing trust and faith in their governments and worse yet their beliefs. And just like in any other circumstance there is a rush of conspiracy theories and rumors rattling the general public even more so. These theories, however, are not always innocent. Recently the word had spread that the novel coronavirus is spreading due to the 5G network and because of this conspiracy theory people are actually burning down the 5G towers in the UK.

According to the BBC reports, at least three 5G towers were set on fire in the first week of April, alarming the police and the fire extinguishing departments. The police investigations are already underway and in the recent findings, they have informed that one of the 5G towers that was set on fire in Birmingham which was operated by EE was not even transmitting the 5G service.

The said tower was responsible for providing 2G, 3G and 4G service in the area for years and while the company claims to fix the tower and establish networking as soon as they could. They have informed the authorities that the damage is not minimal and might take a significant amount of time for repair. The damage does not stop here, people have gone as far as harassing the workers working for these networking companies mainly the people laying the optic fibers for the 5G service.

This is the consequence of those bonkers Facebook conspiracy theories about 5G. Key workers getting harassed on the street. pic.twitter.com/5z35r6sabp

Social media at the heart of spreading conspiracy theories

The conspiracy theories have said to be meddling around the social media for quite some time till it managed to unnerve enough people to wrongfully take matters into their own hands. According to one theory, the reason the coronavirus spread across the city of China, Wuhan, from where the virus originated, is due to the fact that the city had recently set up 5G towers and it led to the prompt proliferation of the virus and so is the case with all the areas offering the services. These false prospects fail to even mention the factual and the most concerning cause of the spread of the virus which is declared by WHO.

These illustrations will show you how phone-absorbed people…

The network companies are not the only ones who have suffered from burning of 5G towers, but so has the UK’s National Health Service (NHS) as telecommunication is the only source for anyone to stay in contact and these lifesavers are almost in a state of emergency and the network failure is a distinguishing complication.

The Department of Digital, Culture, Media and Sport (DCMS) has declared these conspiracy theories as ‘crackpot’ and in their tweet have mentioned it having no credibility. The Cabinet Officer Minister, Micheal Gove referred to the rumor as, ‘dangerous nonsense’.

We are aware of inaccurate information being shared online about 5G. There is absolutely no credible evidence of a link between 5G and coronavirus

NHS director Stephen Powis was utmost enraged at the people alighting the 5G towers and said that not only is the network and connectivity needed by the health care workers to take out their operation but also has a definite effect of the people working from homes, emergency services and just the general public which is already taking a toll being locked inside their homes as of some sort of house arrest.

The root of the spread of these falsehoods would be the many Facebook groups, who seem to be fueling the public to burn the 5G towers, encouraging anyone who joins in the name of protection protocol against the coronavirus.

5G causes coronavirus because it’s sucking the oxygen out of your lungs, according to a video being spread on Facebook. I want to ? but the fact people believe this bullshit is genuinely scary pic.twitter.com/kY3g5MJtu9

These Facebook groups were shutdown after being reported repetitively to the company. If this was not enough to agitate the public, Uckfield FM featured a lady claiming to be a healthcare nurse who talked for about 20 minutes on the radio about how the 5G towers and signaling are sucking the oxygen out of peoples’ lungs and is an additional health hazard.

UK regulator Ofcom managed to warn the radio station after this incident. Russia is said to be the heart of spreading this conspiracy as stated by The New York Times report.