“Indicate where you are and where you’re going” says WAYV

A London based start-up by two cycling enthusiast developed a smart and wearable bicycle indication system. With advances in technology the system is designed to aid cyclists navigate in limited visibility and help other road users to spot cyclists. The WAYV system takes cue from car lightning and indication system which makes it effortless to use.

WAYV system comprises of 3 waterproof components, a harness that can be worn by cyclist or adjusted to their backpacks, a helmet adapter and a handle bar mounted wireless remote. The system features over 200 immaculately integrated LEDs to provide maximum visibility in any weather condition.

The harness and helmet unit are specially designed with front and back turn indicators which supersede the traditional hand indications cyclists usually use and they also feature an additional large ‘X’  integrated tail lights which makes the rider bright and visible in low light. The helmet unit can be attached to any third party vented helmet which makes it convenient for the rider and feature flashing amber colored indicator on each side.

Visually Impaired find a beacon of hope in ‘Brain…

The system is operated by a remote mounted on the handle bars at rider’s ease. WAYV with an aim to improve road safety for cyclists designed a remote which incorporates a lever that can be nudged up and down to indicate the intended direction by flashing lights on both harness and helmet.

The thumb-lever allows riders to operate the system without losing a grip from handlebar and minimize the road risk. To further make the system user-friendly the designers included a simple smartphone application which lets the users’ access additional modes. The app is synced with the system so riders can monitor battery charge level, adjust brightness of lights and customize light pattern between steady and flashing lights. The system claims to run for 5 days of use for the harness, one week of use for the helmet unit and two weeks for the remote. 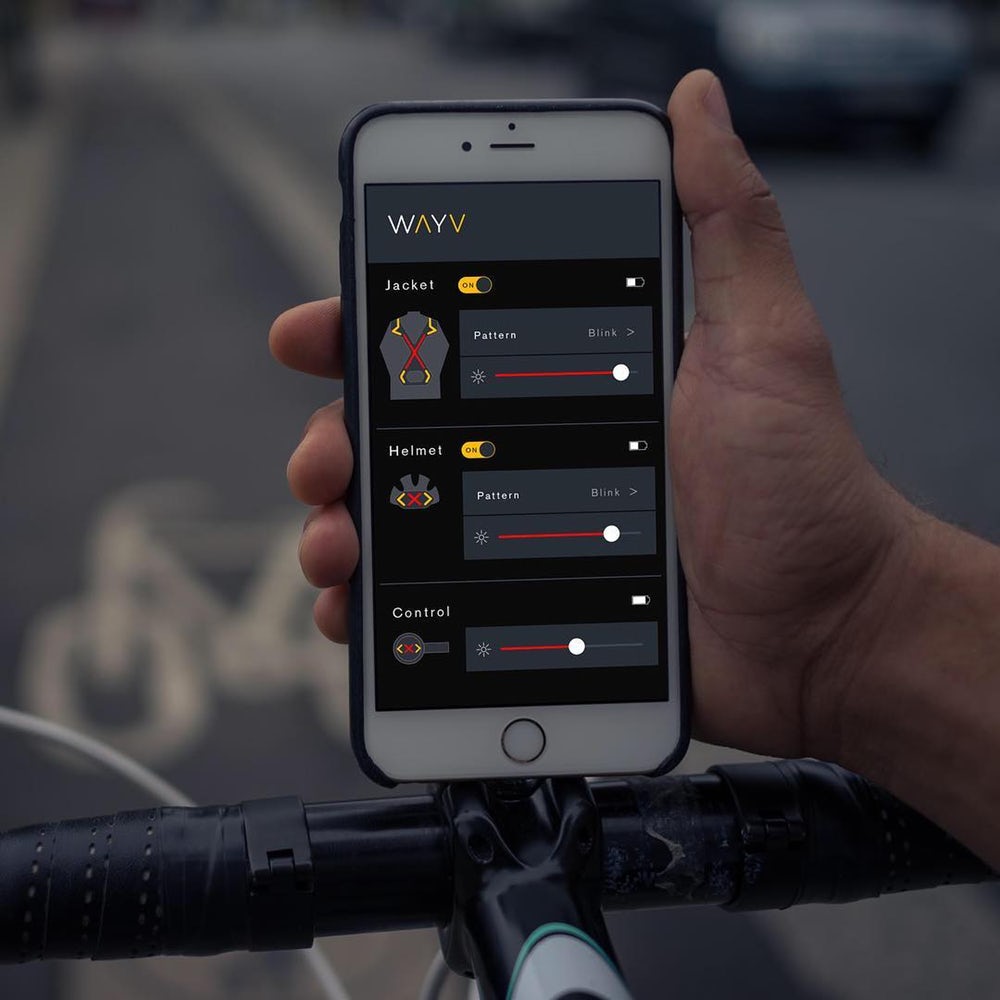 “We designed it with commuters in mind”, says the founder Amit Trehan ”the product was created to not help just the cyclist but all road users.”

After 2 years in development WAYV launched its Kickstarter crowdfunding campaign in March, 2019. The entire system can be pledged for $98 and once it reaches production phase the estimated retail price is expected to be $182.