If you are a fan of Hobbs from Fast and Furious and his rugged selection of vehicles, then the new Tank X made by Rezwani team is just the right SUV for you. The Rezwani team has given it such a ravishing yet deadly looks that a machine like this parked outside your garage would certainly intimidate your neighbors. The sticker price on Rezwani Tank X is $349,000 and with this comes a hefty 1000- horsepower off-road hyper SUV. The new Tank X is by far the most powerful SUV in the world which clearly sets the bar up high for the rest of SUV manufacturers. 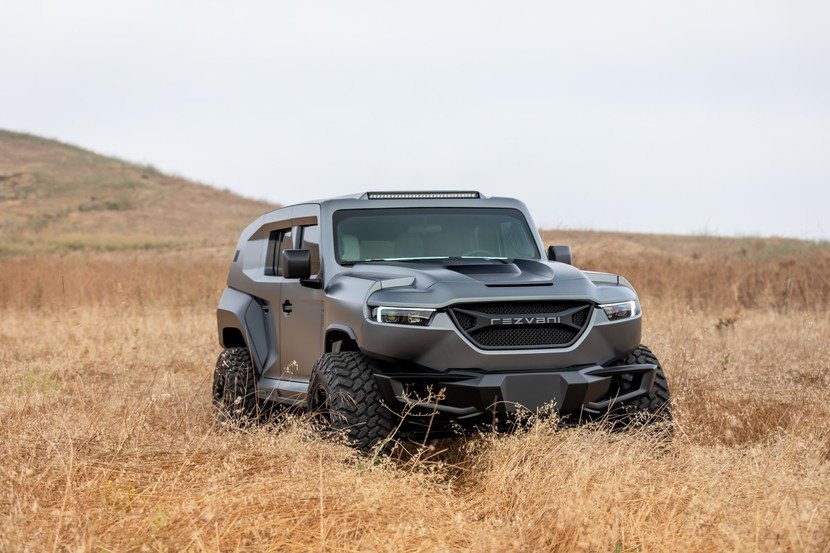 The Rezwani team had already proven themselves when it came to designing sturdy SUVs with its Tank military edition and regular Tank but with the new Tank X they have outranked themselves. The Tank X comes with 6.2-liter V8 engine with 840 horsepower from the Dodge Demon and it can be further lifted up to over a 1000 horsepower with 1180 Nm of torque that quite easily puts it into the hyper car category and sub categorized as the world’s first hyper SUV. The design of the new tank x has been changed and it varies a lot from the old machine whose weird features have been cut down and been given a new look.

Fox 2.0 shocks are employed in the base grade suspension of the new Tank X and it gives the body four inches of lift but as an option the suspension can be upgraded to Fox 3.0 which can lift it up to six inches to make it obvious who the boss is. Just like everything on this machine, the brakes are the highest quality as well. Eight piston calipers are mounted on 16-inch discs which provide the vehicle with a great control on the road. The baseline tires are Nitto trail grapplers which give it the most off-road appearance a vehicle can get. The 1000 horsepower V8 engine gives all the power to the rear wheels if the vehicle is not in the 4WD mode and might torque it enough to wheelie if the tires don’t grip. 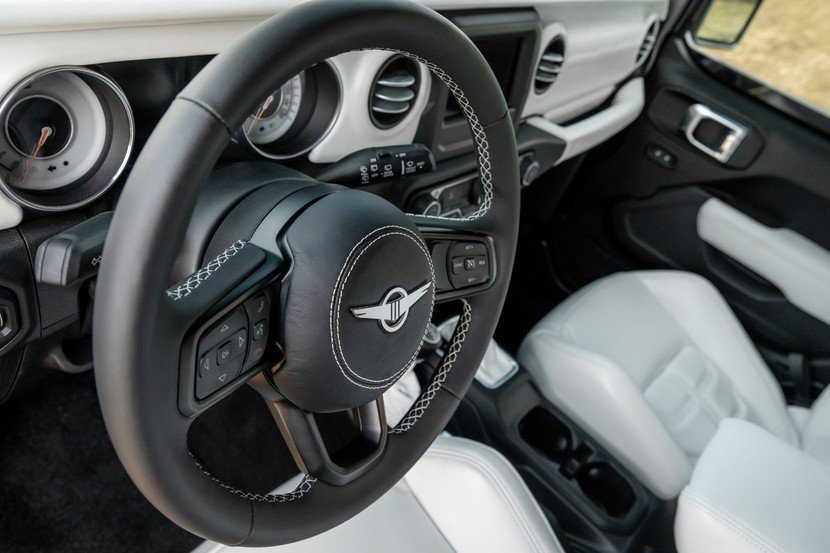 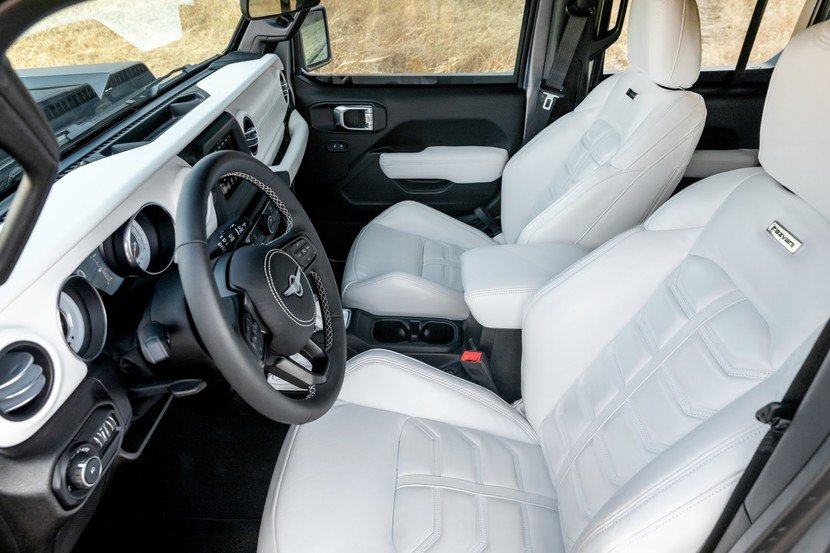 These photographs will make you want to go on an adventurous…

The interior of the tank x doesn’t live up to the ruggedness and strength portrayed by the exterior. It is luxurious and soft like any other SUV and that is clearly discouraging. There comes a full on 007 upgrade of the Tank X as well which offers a wide table of interesting quirks and features. In a price of $440,000 the vehicle can be installed with ballistic armor, thermal night vision, underbody bomb shields, ram bumpers, electrified door handles, sirens, strobe lights, smoke bombs, cloud-connected video surveillance, intercoms, gas masks, blinding lights and other stuff. 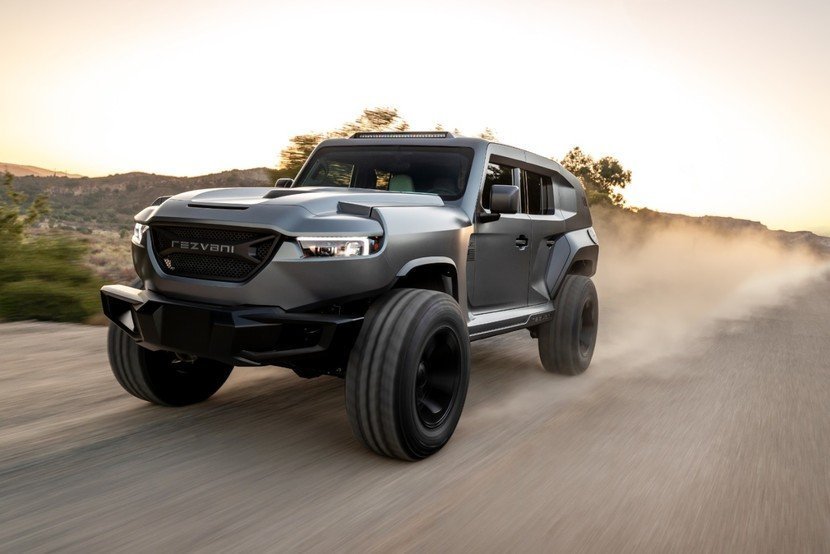 The new tank x’s military upgrade comes with an electromagnetic pulse (EMP) protection system that that can control up to 40 EMP strikes in a row and can protect the vehicles electronics in as short as 500 trillionth of a second. What kind of people actually buy rezwani tank? Well, the old bulletproof Rezwani tank has been seen with a number of celebs including Chris Brown, Jamie Foxx, rapper Xzibit and MMA star rampage Jackson because of course they value their safety. 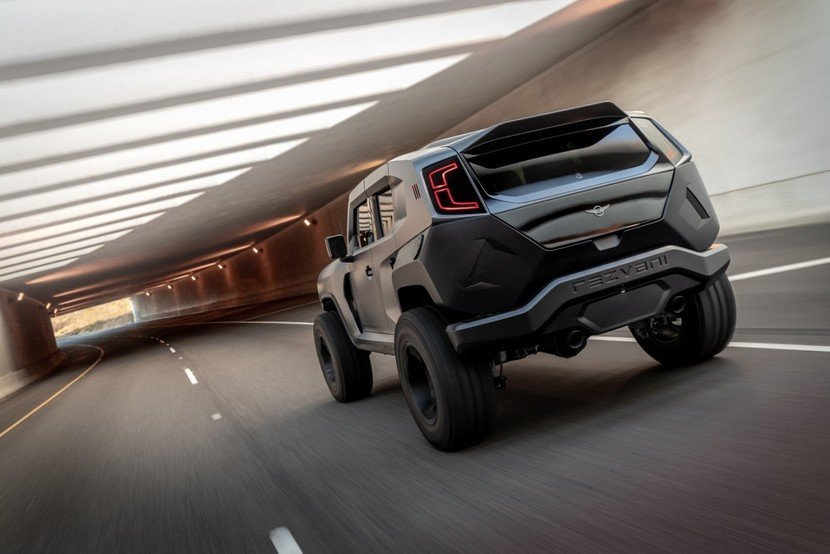 The rezwani team has quite astonishingly managed to put together the rugged looks, the unimaginable strength and 007 inventory in a single vehicle and it is exciting enough to be a part of the world where people own things like a Rezwani Tank X.

ShutterGrip 2 is a shutter remote, selfie stick and a phone stand – all combined!