Mercedes-Benz VISION Avatar is a new concept car for the future, released by Mercedes-Benz. This car is the go-to for anyone who loves the movie Avatar as the car was designed after taking the sci-fi movie as an inspiration, as well as, with the help of the Avatar director James Cameron. The name of the vehicle isn’t only so because it was inspired by the Avatar but also, stands for “advanced vehicle transformation”. 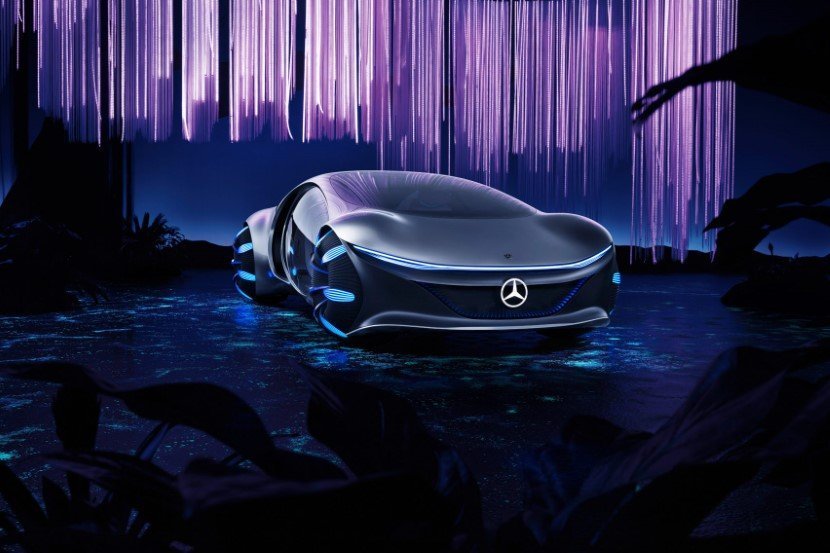 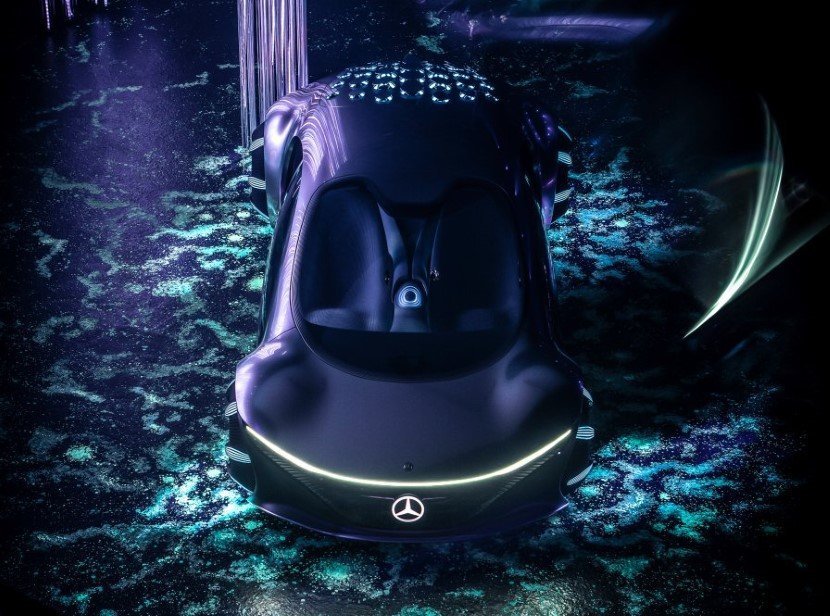 The VISION Avatar is silver coated and has a bow shaped design. The vehicle is covered with 33 “bionic flaps” on the back side. These “bionic flaps” are actually scales that, as claimed by Mercedes-Benz, will let people inside the car to communicate with those outside. These scales give the car an exotic look. 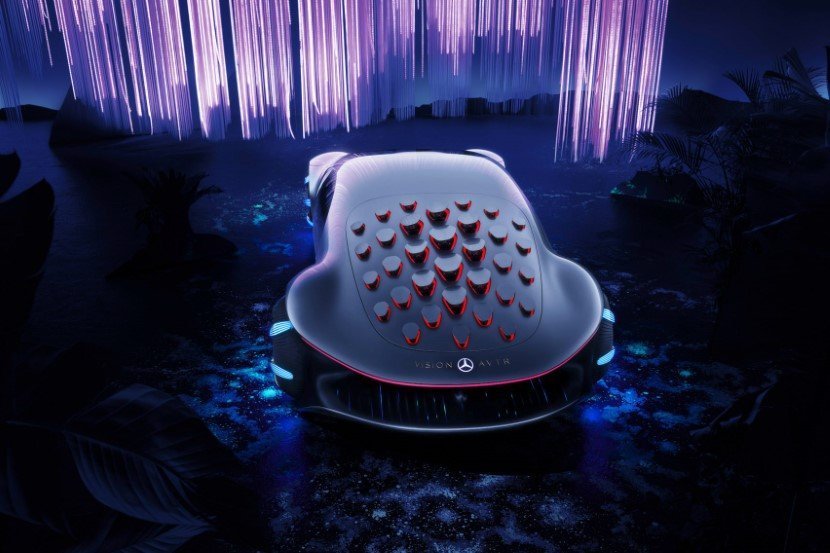 The wheels of the cars are sphere shaped and were inspired by the “seeds of the Tree of the Souls” from the movie. The sphere shape of the wheels makes it possible for the VISION Avatar to actually move sideways and diagonally! The wheels have rim arms that are illuminated in blue.

The car is fairly spacious from inside and the seats are almost like hammocks so that people can travel very comfortably, as well as, stay connected with the outside world as the car is made up of glass from both sides, has glass doors and, also, very large front and rear windows.

These 25 Adorable Nerdy Baby Shoots Will Melt Your Heart… 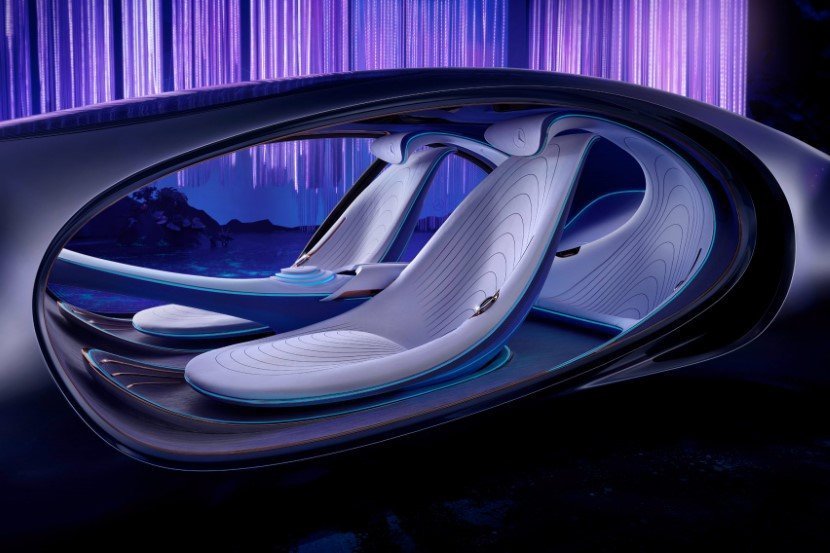 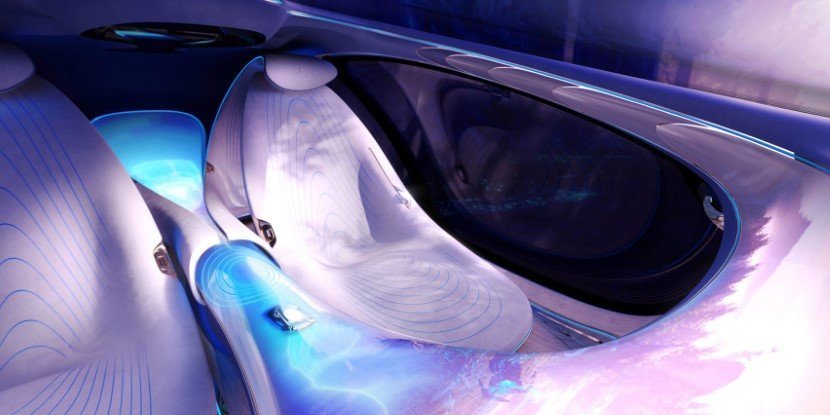 The car does not have any dashboard and there is no steering wheel either; this makes one assume that the car is probably wholly autonomous, but no, that’s not the case; Mercedes-Benz designed this car as a futuristic concept car that merges the driver and the car. A pretty shocking concept, but Mercedes-Benz plans to use biometric controlling in the VISION Avatar to “merge” a driver with the car. The car has a “multi-functional control element” that is almost like an accordion which syncs the heart rate and the breathing rate of the driver with itself, and then vibrates. This syncing will make it possible for drivers to control the movement of the car simply with subtle hand gestures. 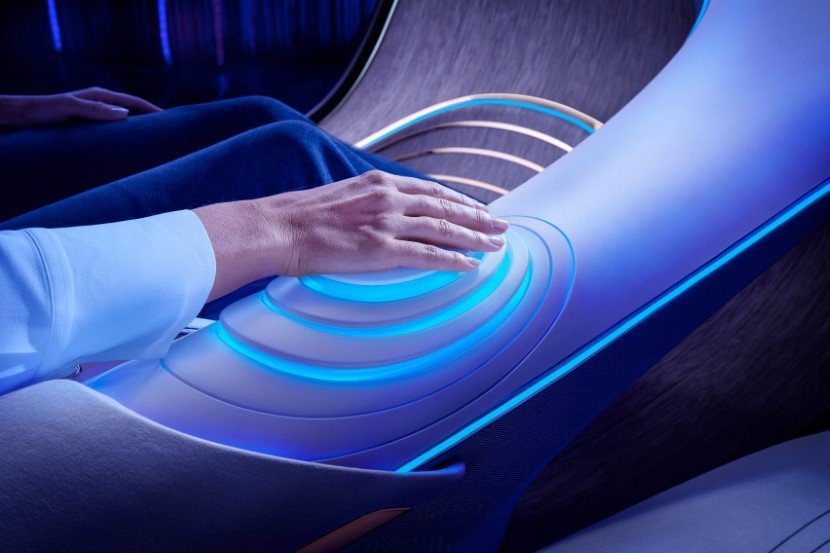 A central control system is suited in the front in place of a steering wheel that is multi-functional. It gives the driver command via biometric readings. Once the driver places his hand on the controlling unit, it recognizes his heartbeat and breathing and enables him to take charge, literally merging together. In case of removal of the hand from the unit, it automatically streams an option menu on the palm of the driver in the form of a hologram which gives the driver a variety of driving functions. 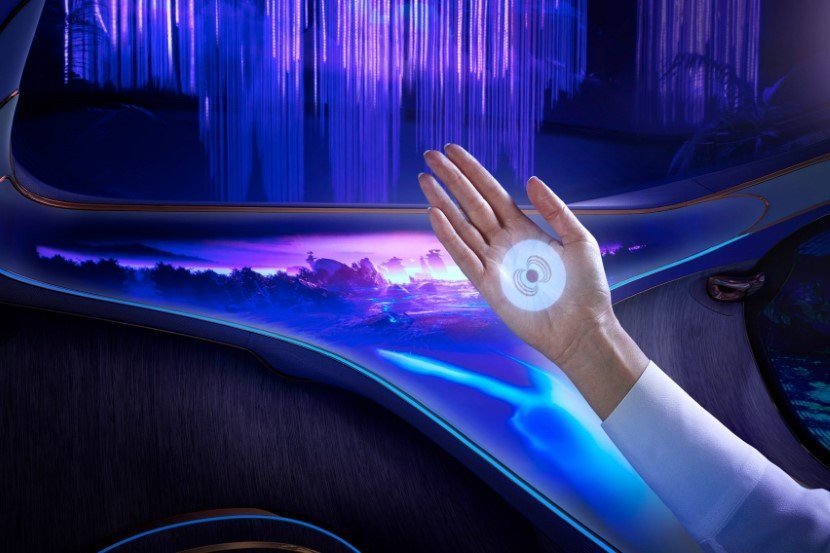 The VISION Avatar was designed while keeping sustainability in mind. The car seats are made from recycled and vegan material and the car is run using power from graphene-based organic battery cells that are environmentally friendly as they do not require rare metals and minerals to be dug out of the earth. The battery cells themselves are also made up recyclable and degradable materials and they only take 15 minutes to fully charge to cover a mileage of 700 kms.

The Mercedes-Benz VISION Avatar was presented to the public at the Consumer Electronics Show 2020 in Las Vegas and the concept car has been designed as part of the achievement of the long-term goal of the German company to produce cars that cause minimal carbon based pollution.

Smart Zendo: A Tiny Apartment in Hong Kong with an Innovative Storage System