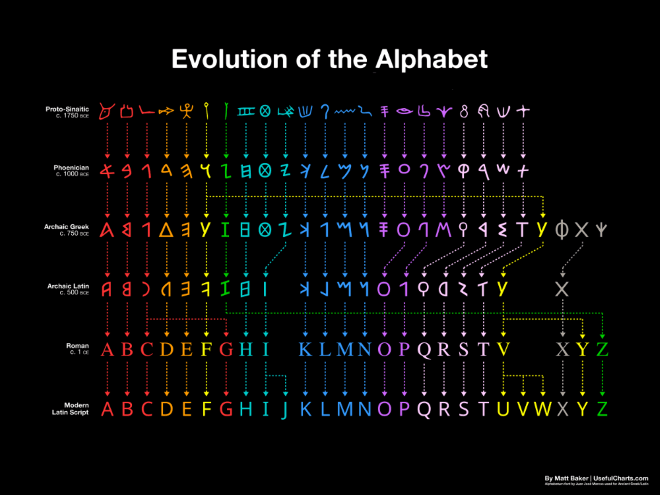 Like everything in this world has evolved, the English alphabets too have gone through their fair share of developments before they became known to us as they are today. What’s interesting is that contrary to what most believe, the 26 English alphabets were not always in the Latin script but they are actually derived from the ancient Egyptian Proto-Sinaitic roots (c. 1750 BCE).

Matt Baker has come up with quite a useful and handy chart, Evolution of the Alphabet, which shows how the alphabets morphed from one shape to another and while some letters did not go through a drastic change, most of them are nowhere near their original symbol. Such as, the letter A did not go through considerable changes after its initial stage as a letter with horns in Egyptian hieroglyphic however, it required a lot of evolution for “C” to get its crescent shape, along the years. Check out the chart in detail right here! 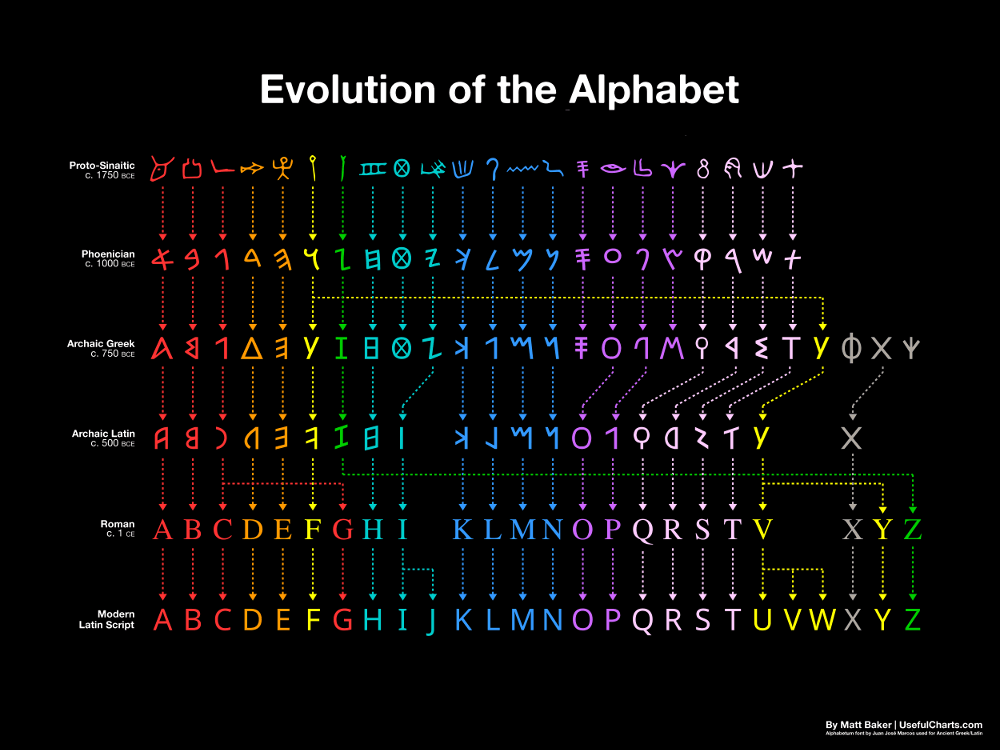 Showerboard shoes are basically hoverboards for each of your foot