Absolutely nothing is cooler than the innovation which brings entirety to its whole cause, just like GoSun Chill solar cooler which brings about multiple functions so handy. This is a unique cooler which needs the sun to cool down instead of ice, isn’t it epic? Yes, it is indispensable, and with the help of solar panels, it provides with a completely off-grid cooling capability. Two external solar gatherers are offered to tackle the energy needs: the GoSun Flex (a 30-watt three-panel solar gatherer), or the clever, 60-watt GoSun Solar Table.

The GoSun Chill has been in development since 2016. A portable cooler of a rational nature will cool down things as any other cooler would do, but the ice in such cooling freezers contain more space than the food and beverages which need chilling. It is indeed a hunt for such portable fridges for all those people who plan to accommodate 40 liters of water. It is the most energy-efficient device seen to date. It works the entire day and not just for a few hours, unlike other cooling portable freezers.

What is expected of power banks? To give you power on the go, just like GoSun portable freezer is designed to do. As it is said ‘when the going gets tough, the tough get going,’ this phenomenon can be better seen in the technology used in the making of GoSun which has an AC outlet of 100-240V, and also a standard carport of 12V. Its powerbank is so powerful that it can charge ten smartphones, and can easily power a 200-lumen torch. The runtime of its power bank depends on temperature range and is about 12-14 hours a day. 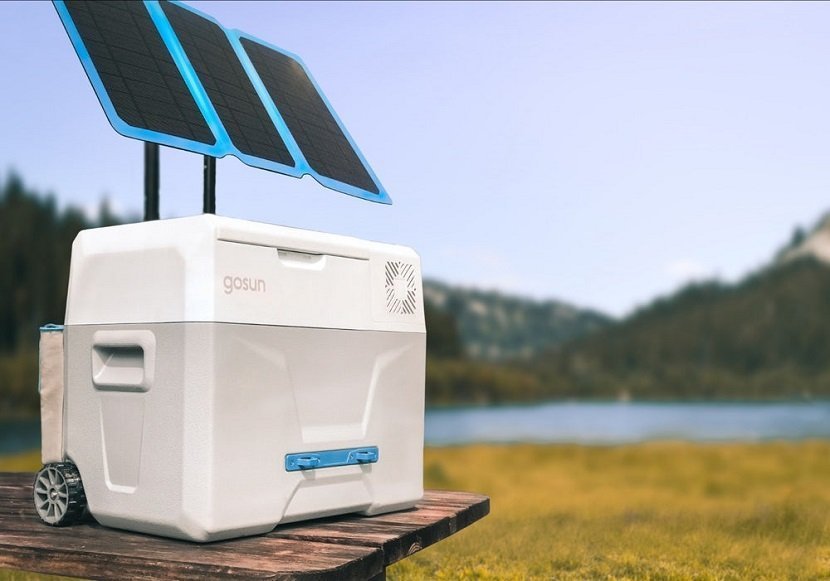 Like another portable ice cooler, the GoSun will not make your sandwich soggy while you kept it in a cooling tank on the way to road trip. Keeping the food fresh makes it more enjoyable. This portable freezer also makes ice with its power efficiency. The cooling is provided throughout the day due to the best working range of its power bank.

Nothing can beat an extraordinary technology that is working at its best like GoSun. It is like a fridge on its wheels, that harnesses the power of the sun in a more productive way than ever before. GoSun uses technology to its fullest and provides cleaner and secure means of storage.

The product was listed on Indiegogo to secure US$12,000, but the response was overwhelming, and it managed to secure US$222,000. The deliveries are expected to start this August if everything goes according to the plan.

This concrete house in Italy is picture perfect

Come this winter, let autonomous SnowBot clear all the snow for you